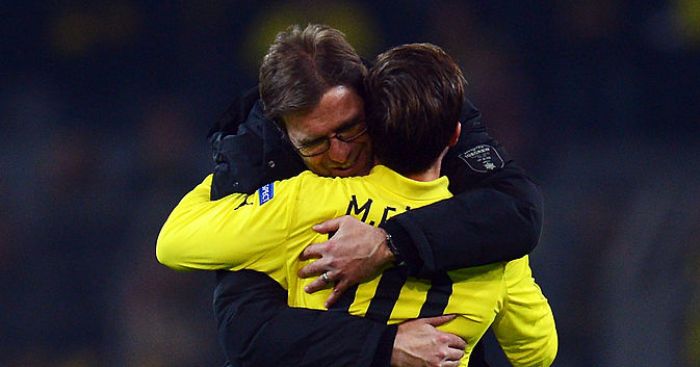 HEY JUDE
The Jude Bellingham trail has gone somewhat cold of late. Arsenal were said to hold an edge over Man Utd earlier this week due to the structure of any proposed deal for the Birmingham midfielder. It seems that neither will get their way.

An exclusive from 90min claims that Birmingham consider Bellingham as ‘irreplaceable’ and ‘are prepared to turn down any offers’ as a result.

That includes the reported £25m Man Utd have already tabled. The suggestion of returning to any Under-23 setup at a Premier League club understandably does not appeal to a player featuring regularly at senior level, albeit in the Championship. So ‘he’s likely to commit his immediate future to the club’ instead of leaving this month.

Man Utd and Arsenal, as well as apparently Liverpool, Leicester and Borussia Dortmund, will be disappointed. Birmingham, who harbour ‘a growing confidence’ that they will be able to ‘hold firm’ and keep their most valuable asset, won’t.

POSTING BALE
On the back page of the Daily Express, transfer gossip column favourite Neil Fissler is making waves. Good for him.

His exclusive is that Tottenham are ‘working around the clock’ to deliver ‘at least three players’ for Jose Mourinho before Friday’s deadline. Chief among them is Gareth Bale, whose £650,000-a-week wages are rather understatedly described as ‘one of the biggest obstacles’.

A loan deal is not in the offing but Spurs and Real Madrid ‘are discussing’ the possibility of a permanent move. And with Harry Kane injured for most of the rest of the season and Troy Parrott kept in his cage, Mourinho’s intention to sign a forward is clear.

His other options include two Borussia Dortmund players: Paco Alcacer and Mario Gotze, the latter of whom was contemplating a reunion with Jurgen Klopp just this month.

There might be something in the Gotze link. German newspaper Bild claimed a couple of weeks ago that he would be gone from the Westfalenstadion in the summer. It is certainly more likely than Spurs bringing back Mourinho’s ‘first choice’, Bale.

SMART ALEK
One striker Tottenham won’t be signing is Aleksandar Mitrovic. Thank the Daily Star for a clarification no-one knew they needed.

Tottenham and Aston Villa have both apparently ‘considered making bids’ for the Fulham forward this month but have baulked at the £40m valuation.

The 25-year-old, who has predictably dominated the second tier with 18 goals in 26 games, ‘has an option to leave’ at the end of the season if the Cottagers do not achieve promotion. But in terms of January, he’s going nowhere.

AND THE REST
Barcelona are not expected to pursue a move for Arsenal’s Gabon striker Pierre-Emerick Aubameyang, 30, during the current transfer window and will focus on Valencia’s Spain forward Rodrigo Moreno, 28… However, Aubameyang may be targeted by Paris St-Germain as a replacement for Uruguay striker Edinson Cavani, 32… Cavani, linked with Chelsea and Manchester United, has verbally agreed to join Atletico Madrid before the end of the January transfer window… Marcos Rojo is heading back to Estudiantes on loan – after Manchester United failed to find a buyer for the 29-year-old Argentine defender… Southampton have held further talks with Tottenham over a deal for England Under-21 full-back Kyle Walker-Peters, 22… West Ham’s New Zealand defender Winston Reid, 31, has turned down the opportunity of joining Charlton on loan… Former Blackburn and Stoke midfielder Steven Nzonzi, the 31-year-old France midfielder on loan at Galatasaray from Roma, is considering a move to West Ham.