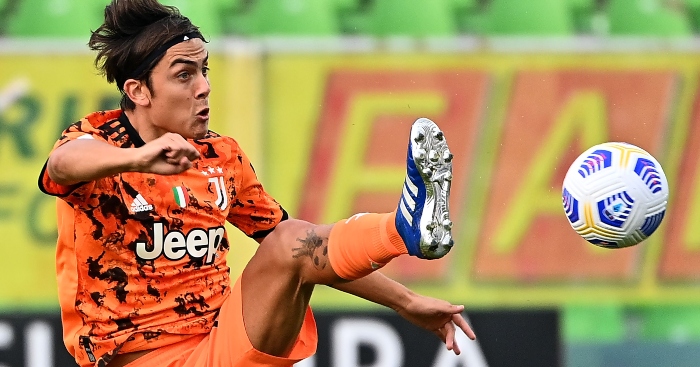 It seems there is not a club in Europe who is not chasing David Alaba. Manchester City have been particularly hot on the Bayern Munich defender in recent windows but Pep Guardiola hasn’t been able to convince his board to match his former club’s demands.

That won’t be a problem next summer since Alaba seems certain to leave Bayern at the end of the season, if not before. Bayern have withdrawn their best and final contract offer to the Austria star after Alaba refused to accept it before an October 31 deadline set by the club.

Alaba’s agent, Pini Zahavi, doesn’t seem to have taken the news too badly since he’s already hawking his client around Europe. Calciomercato reckons Alaba has been offered to Real Madrid, while Inter Milan and Juventus are also keen on the 28-year-old.

Liverpool’s name has been thrown into the mix too by, er, Kevin Phillips. The ex-England striker told Football Insider that “Alaba is definitely an option” for the Reds.

Manchester United embarrassed themselves yesterday so it’s prime time to rehash some transfer rumours. Picked out of the hat this week is the name of Paulo Dybala.

The Red Devils are reported by Tuttosport to be keeping tabs on Dybala’s situation at Juventus. The Argentina star is approaching contract renewal time and word is he wants to double his current £120,000-a-week salary.

Of course, Dybala had the chance to join United last year but he plainly did not fancy it. But if the Red Devils are useful for anything, it’s as leverage in contract negotiations.

Neymar is also approaching contract renewal time but the Brazil star has apparently shown his cards to PSG.

AS says Neymar no longer has any desire to return to Barcelona owing to the dire economic and sporting situations the Catalans find themselves in. The forward expects his next contract to at least match his current deal which sees him take home around £500,000 a week and Barca have no hope of meeting those demands.

So Neymar is said to have informed PSG of his willingness to stay in Paris on his current terms, which is jolly nice of him. But PSG are more concerned about Kylian Mbappe’s contract situation than Neymar’s.