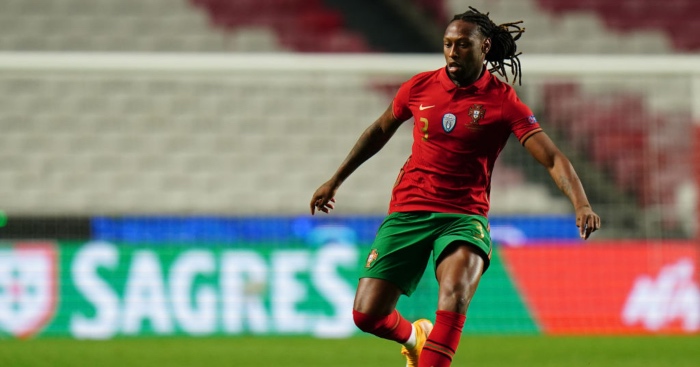 Turns out Liverpool don’t want any of the five defenders from the original stampede. They want 26-year-old Ruben Semedo as cover for Virgil van Dijk and Joe Gomez.

Semedo has been at Olympiakos since the summer of 2019 having started his career with Sporting Lisbon.

A brief spell at Villarreal didn’t go quite as planned with Semedo spending five months in prison after he was charged with multiple offences including robbery, assault, kidnapping and possession of a firearm. Must have had a decent lawyer…

A bit of a weird choice from Jurgen Klopp then, if the Express is to be believed. They suggest the Portugal international will cost around £18million, or your wallet and bus fare.

Zagadou dou dou is a target for Ole Gunnar Solskjaer, who is desperate to land a left-sided centre-back.

The Norwegian boss was said to be keen on signing Nathan Ake from Bournemouth in the summer before Manchester City swooped and made their £41million move.

RB Leipzig centre-back Dayot Upamecano is the man most frequently linked, but interest from other parties and the very public nature of United’s intrigue doesn’t bode particularly well.

According to CalcioMercato, United have ‘set their sights’ on Zagadou, who could be available on the cheap in the summer as his current contract is set to expire in 2022.

The 21-year-old is highly rated but represents something of a risk – he hasn’t featured for Borussia Dortmund so far this season after rupturing his knee ligaments in August, the second time he has suffered the injury in 2020. Zaga-don’t.

David Carmo it is then. Another left-footed centre-back, also 21; also in ‘the sights’ of Manchester United, according to ESPN.

Fiorentina and Roma both enquired about the defender in the summer but did not make any bids.

Braga are under no pressure to sell Carmo – who made 20 appearances last season – as he’s contracted until 2025.

Solskjaer will likely have to sell Phil Jones and Marcos Rojo before he could sign Carmo.

Neither of the defenders have featured this season. Jones last played in the fourth round FA Cup victory over Tranmere in January. Rojo spent the second half of last season on loan with Argentine side Estudiantes and has not pulled on a United shirt since October 2019.