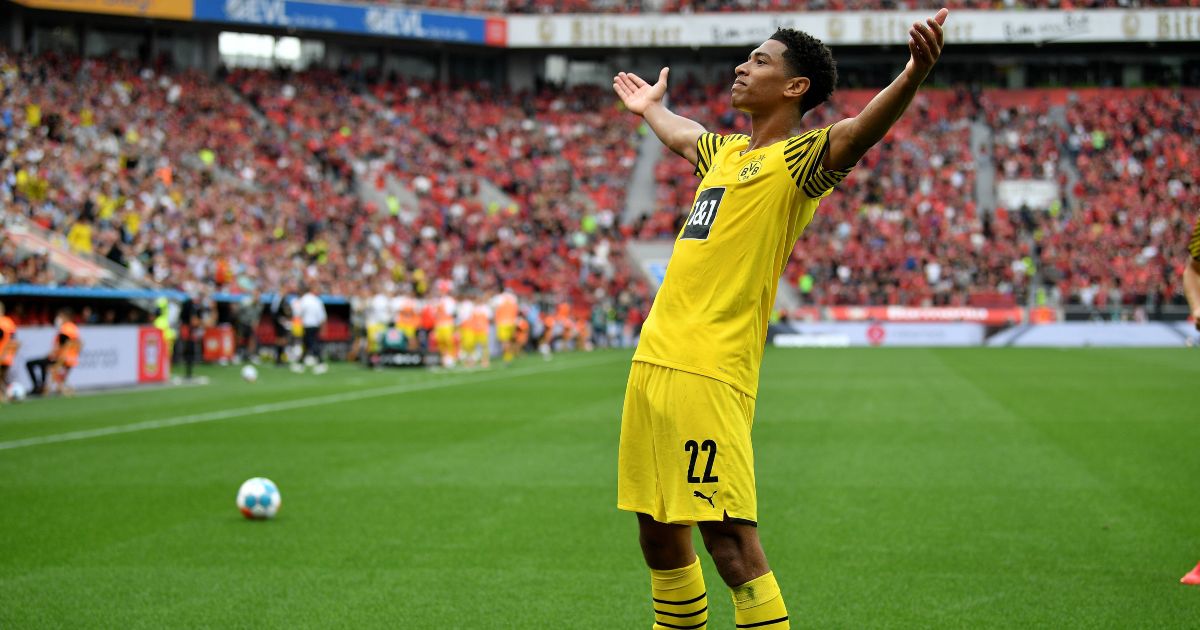 ADDED TO THE LIST
Manchester City have made Borussia Dortmund midfielder Jude Bellingham one of their top targets, according to reports.

The 18-year-old has started all four of Dortmund’s Bundesliga matches this season, contributing one goal and one assist, following a successful debut season at the club. His performances earned him a call-up to Gareth Southgate’s squad for Euro 2020 as they reached the final.

On Wednesday, it was suggested that the 18-year-old had emerged as Klopp’s ‘top target’, with Liverpool readying an £80million bid next summer. While Sport1 reporter Patrick Berger called the reports ‘correct’ and said Liverpool are ‘chasing’ the England international.

However, the Daily Star now report that Man City have ‘turned their attention to Bellingham’ as they look for a long-term successor for Fernandinho. City boss Pep Guardiola ‘has identified the ex-Birmingham City starlet as being the best potential candidate around Europe for that job’.

The report adds that City will face competition from Liverpool, Chelsea and Bayern Munich for the England international, who is currently valued at £80m by Dortmund. The Daily Star continue by claiming Liverpool are ready to ‘make him the club’s most expensive ever signing’.

ROLL THE RICE?
Apparently Bellingham isn’t the only central midfielder they are looking at, with The Sun claiming Declan Rice is also on their radar. City are ‘ready to fight Manchester United in the battle for’ Rice next summer with the West Ham midfielder valued at around £100m.

The Red Devils have been consistently linked with the England international over the past year but a deal proved too expensive to pursue this summer. United splashed out £134m on the signings of Raphael Varane, Jadon Sancho and Cristiano Ronaldo in the transfer window.

An ESPN report claimed this week that Man Utd ‘remain keen on’ signing Rice next summer as the board aim to add a midfielder to appease fans. And The Sun add that despite the feeling at Old Trafford that Man Utd are ‘in a strong position to capture the England midfielder, neighbours City have other ideas’.

City ‘have been tracking’ Rice for years and his recent development into an England regular has ‘not gone unnoticed at the Etihad Stadium’. The Sun again point to Fernandinho’s imminent departure as a reason for pursuing a new midfielder and Rice is ‘high on their list of players who they think would strengthen the squad at City’.

The Sun continues: ‘And to have the two Manchester clubs battling it out for his signature would see the Hammers able to hold out for the highest price, which would ease much of the disappointment of seeing their captain leave.’

AND THE REST…
Borussia Dortmund striker Erling Braut Haaland does not intend to rush a decision over his future when a release clause of just under £70m kicks in during 2022…Arsenal are looking at Leicester City manager Brendan Rodgers and Nice boss Christophe Galtier as possible options if they decide to replace Mikel Arteta…Former Chelsea defender John Terry is keen on the Nottingham Forest job if the Championship strugglers part company with Chris Hughton…Barcelona turned down signing Tanguy Ndombele and Serge Aurier as part of the deal that saw them sell Emerson Royal to Tottenham.