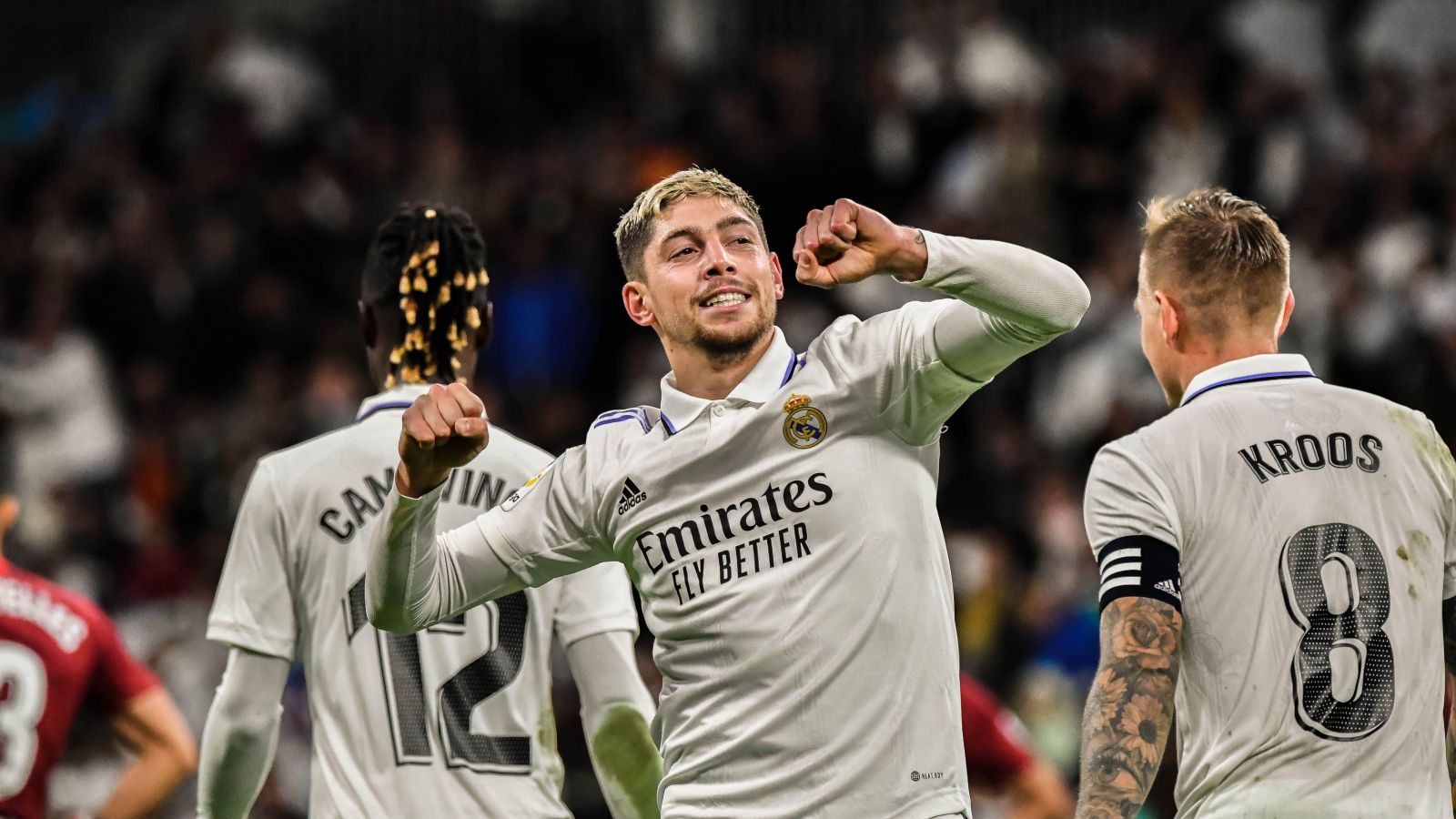 Liverpool have been rejected by a Man Utd obsession, while Juventus are lining up a move for Tottenham boss Antonio Conte…

STAYING REAL
Premier League side Liverpool have been rejected by Real Madrid midfielder Federico Valverde, according to reports in Spain.

The Uruguay international has been in great form this season with the midfielder scoring six goals and providing one assist in 11 La Liga fixtures. His upturn in goalscoring form has alerted clubs around Europe with Valverde failing to hit the back of the net at all last season.

Spanish publication Nacional insist that Liverpool tried to sign Valverde in the summer transfer window by lodging a €100m offer, which was swiftly rejected by Real Madrid president Florentino Perez. But Liverpool boss Jurgen Klopp has ‘not managed to forget about him’ and Liverpool have now ‘contacted the Uruguayan international and his entourage, to know his availability’.

Liverpool ‘offered him a blank check’ to ‘betray’ Carlo Ancelotti – who sees him as a ‘fundamental piece’ to his plans – but Valverde has ‘no intention of leaving Spain’  and Real Madrid would not sell him ‘for all the money in the world’.

And now Valverde is hoping the interest in his services will earn him a new contract at the Bernabeu with Man Utd also ‘obsessed’ over the 24-year-old. But the Red Devils had ‘no choice but to forget about him and focus on Casemiro’ in the summer transfer window.

STEALING CONTE
Tottenham boss Antonio Conte is interesting Serie A giants Juventus as they look to line up a new manager, according to reports in Italy.

Spurs have made a fairly strong start to the season with Conte leading them to seven wins from their first 12 Premier League matches with the club sitting in third place in the table. However, some fans’ dissatisfaction with his style of play has come to the fore over the last couple of weeks with Tottenham suffering three defeats in their last five Premier League matches.

There is a feeling that Conte could leave Spurs at the end of the season whatever happens, with his record elsewhere suggesting that he doesn’t like to stay at one club for too long. And Gazzetta Dello Sport (via the Daily Mirror) insists that Juventus ‘plan to steal’ Conte away from Tottenham at the end of the campaign with the Italian’s 18-month deal coming to an end then.

Juventus won the Serie A title nine times on the bounce between 2011 and 2020 with Inter Milan and AC Milan winning a Scudetto each over the last two seasons. The end of their dominance has continued into this campaign too with Max Allegri leading them to eighth in the current standings.

The Juventus board are now losing patience with Allegri and the report claims the Old Lady will look to appoint Conte if they fail to qualify for the Champions League and win a trophy.

AND THE REST…
Tottenham striker Harry Kane has put contract talks with Spurs on hold until after the World Cup…Newcastle United are interested in Brazilian winger Eguinaldo, who plays in Brazil’s second tier for Vasco da Gama…Newcastle boss Eddie Howe has denied contract talks are taking place with midfielder Miguel Almiron…Juventus midfielder Arthur Melo will remain on loan at Liverpool for the rest of the season despite suffering a serious thigh injury…Newcastle are preparing to offer midfielder Bruno Guimaraes a new contract worth £200,000 a week to fight off interest from Chelsea and Real Madrid…Valencia and Inter Milan could move for Man Utd midfielder Donny van de Beek in January.