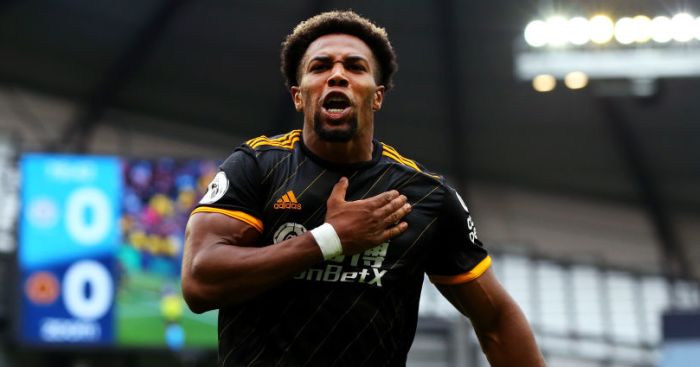 Luis Gomes isn’t Old Trafford-bound yet but The Mirror reckons United still have a deal agreed with Sporting Lisbon. Apparently, United have negotiated an option for first refusal when the 16-year-old is ready to move on and the latest wonderkid would cost the Red Devils £14million.

Gomes has also attracted interest from Atletico Madrid but the ‘new Luis Figo’ only signed his first professional contract last week with Sporting, where he has been since he was six years old.

TRAORE TO SNUB LIVERPOOL AND BARCA TO SIGN NEW DEAL

It’s been a pretty miserable weekend for Liverpool. And while their supporters put their names to petitions calling for Jordan Pickford to be deported, or something, the latest line on Adama Traore won’t brighten their mood.

The Reds have been linked with the Wolves winger for much of the last year and though Jurgen Klopp took Diogo Jota from Molineux, his interest in Traore apparently remains.

Barcelona too are keen to take back their former youth team player but The Sun says Traore is ready to recommit his future to Wolves. The 24-year-old may only be two years into a five-year deal but the story goes that Wolves are willing to double his salary to £100,000 a week.

Perhaps Liverpool might look again at Paulo Dybala instead.

The Juventus star was close to moving to the Premier League last summer and though Dybala stayed in Turin, the feeling is that a parting is becoming more inevitable. Tuttosport claims Dybala was involved in a tunnel bust-up with Juve chief Fabio Paratici on Saturday when he was left out of Andrea Pirlo’s starting line up.

The situation looks even more bleak for Dybala since Juve are reported to be lining up a replacement. Calciomercato says the Bianconeri are preparing a £14million offer for Luka Susic, an 18-year-old with only three senior appearances for RB Salzburg.