Someone has agreed an option to spend £24.5m on the actual Andreas Pereira after a loan. Wow. 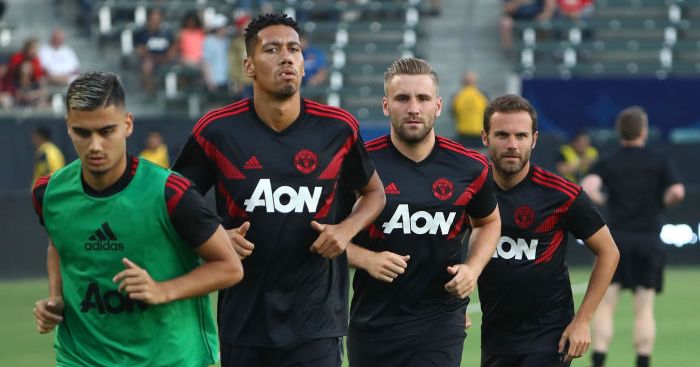 Depending on who you believe, Man Utd are either ‘refusing to give up’ in their quest to sign Jadon Sancho (ESPN) or ‘will revert to alternatives’ (Daily Mail) in what is sure to be the longest week in the history of time. If anyone will make a panic buy in the final few days of the transfer window, it will be the Red Devils.

As far as Sancho back-ups go, they could do worse than Ismaila Sarr. He would cost less than half the Dortmund winger, is only a couple of years older and is indeed not as good. That is how valuations work. But Man Utd would find much more joy negotiating down from Watford’s £45m price tag than they have trying to talk a Champions League rival into selling one of their best players.

Sarr ‘is understood to have come into their thinking’ as the realisation slowly dawns that Sancho is probably staying. Liverpool have withdrawn their interest so United’s path is pretty clear.

The Guardian try and flog the dead Sancho horse again, speculating that Man Utd ‘may’ make ‘a formal bid’ in the coming days. It isn’t going to happen and that is fine.

But they do state that an offer has been lodged for Alex Telles of Porto, amounting to around £12m for a player who can negotiate his Porto exit for free on a pre-contract in January.

Ole Gunnar Solskjaer ‘seeks to add a greater attacking threat from full-back’ and ‘competition’ for Luke Shaw, with ‘confidence’ that Porto’s financial difficulties and Telles’ desire to join will see the move pushed through.

SAY A LITTLE PEREIRA FOR YOU

Much of what Man Utd are able to do will rely on outgoings. Fortunately for them, there was a sudden deluge of interest in their previously unwanted squad players on Monday evening.

Daniel James could be off to Leeds. Properly this time. Man Utd are ‘willing to let him leave temporarily for the campaign’ but only if Sancho joins as his ‘replacement’.

That is the best description of Sancho yet: a Daniel James ‘replacement’. Ooft.

Andreas Pereira seems likely to go regardless, with Lazio close to finalising a loan deal with an option to buy. Sky Italy put his price at £13.6m; Fabrizio Romano reports that a ‘total agreement’ has been found to the tune of £24.5m. For Andreas Pereira.

The great man adds that Roma are ‘preparing a new bid’ for Chris Smalling and AC Milan ‘have asked’ for Diogo Dalot, as the Serie A continues to happily accept United’s cast-offs.

They want £18m for Smalling and dropped their huge valuation of Dalot to around £10m in August.