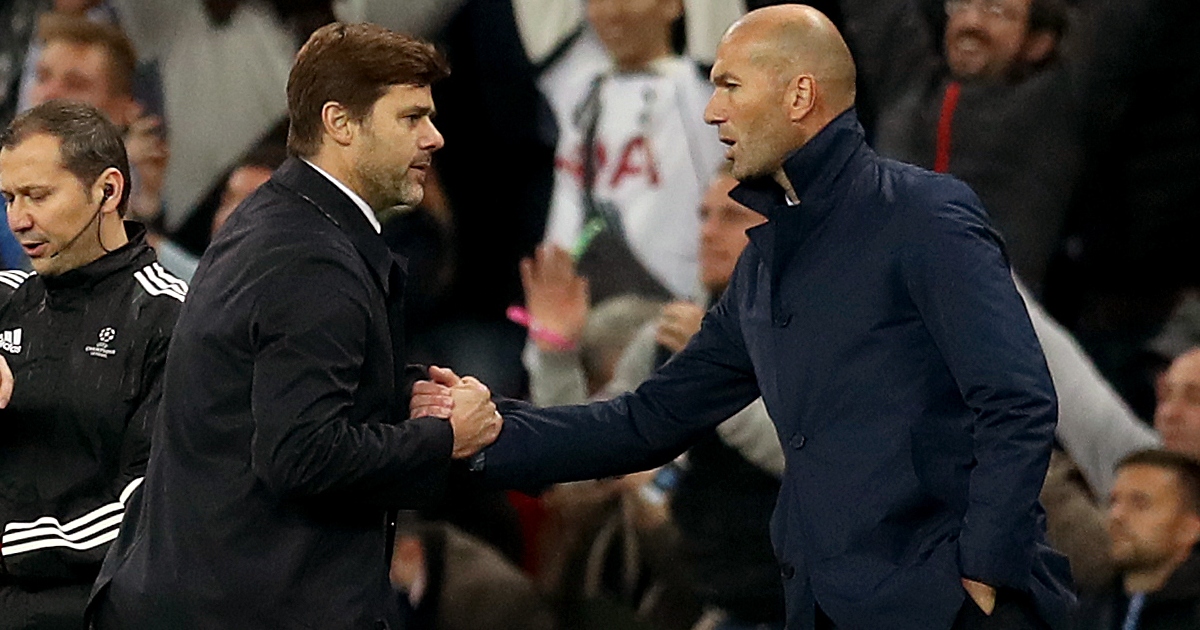 PSG have already prepared for Mauricio Pochettino’s exit to Manchester United, while Bayern Munich want to make a Barcelona starlet their most expensive player ever…

ZIZOU TO REPLACE POCH AT PSG
Zinedine Zidane does not want the Manchester United job – that much is clear. But the former Real Madrid coach appears willing to help clear a path to Old Trafford for Mauricio Pochettino.

Pochettino is apparently keen to take over at United and the PSG boss would be willing to move now and save the Red Devils the bother of appointing an interim until the end of the season.

Marca says it is the belief of the PSG players that Poch will walk out on the Ligue 1 leaders, while there are numerous claims that the Parisians have already been in contact with Zidane.

Le Parisien and ESPN are among the outlets running with the story, with Zidane enjoying close ties to PSGs Qatari owners.

If United want Pochettino, they will have to stump up £8.4million in compensation to PSG, according to The Mirror.

But The Sun is sticking to the line that Brendan Rodgers has been approached, with Leicester due a similar amount if they are to let the Northern Irishman go.

BAYERN WANT BARCA WONDERKID
If Barcelona had hoped that tying Pedri down to long-term contract with a ridiculous release clause might fend off interest in their young star, it seems they were wrong.

Because AS says Bayern Munich are determined to make the teenager their most expensive signing ever.

The Bavarians wouldn’t be willing to pay the €1billion release clause that would force Barca to hand over Pedri but they are open to quadrupling the attacker’s current salary.

Barca are already concerned about losing Gavi, with the midfielder yet to sign a new deal to increase his release clause above £42million while Chelsea are sniffing.

LACAZETTE KEEN ON ATLETICO SWITCH
Barca are keeping an eye on Alexandre Lacazette’s situation at Arsenal but it seems that the Catalans are destined for disappointment.

The Sun says Arsenal will not discuss a new deal with the France striker until the end of the season when he is due to become a free agent. Indeed, Lacazette is free to discuss a contract with foreign clubs from January.

Apparently, Barca, Atletico, AC Milan, Marseille and Newcastle are all keen but El Nacional says Lacazette would prefer to link with Diego Simeone.

The striker is aware that Atletico have been keen for some time and he reckons a move to the Rojiblancos would suit him better than joining Barca.