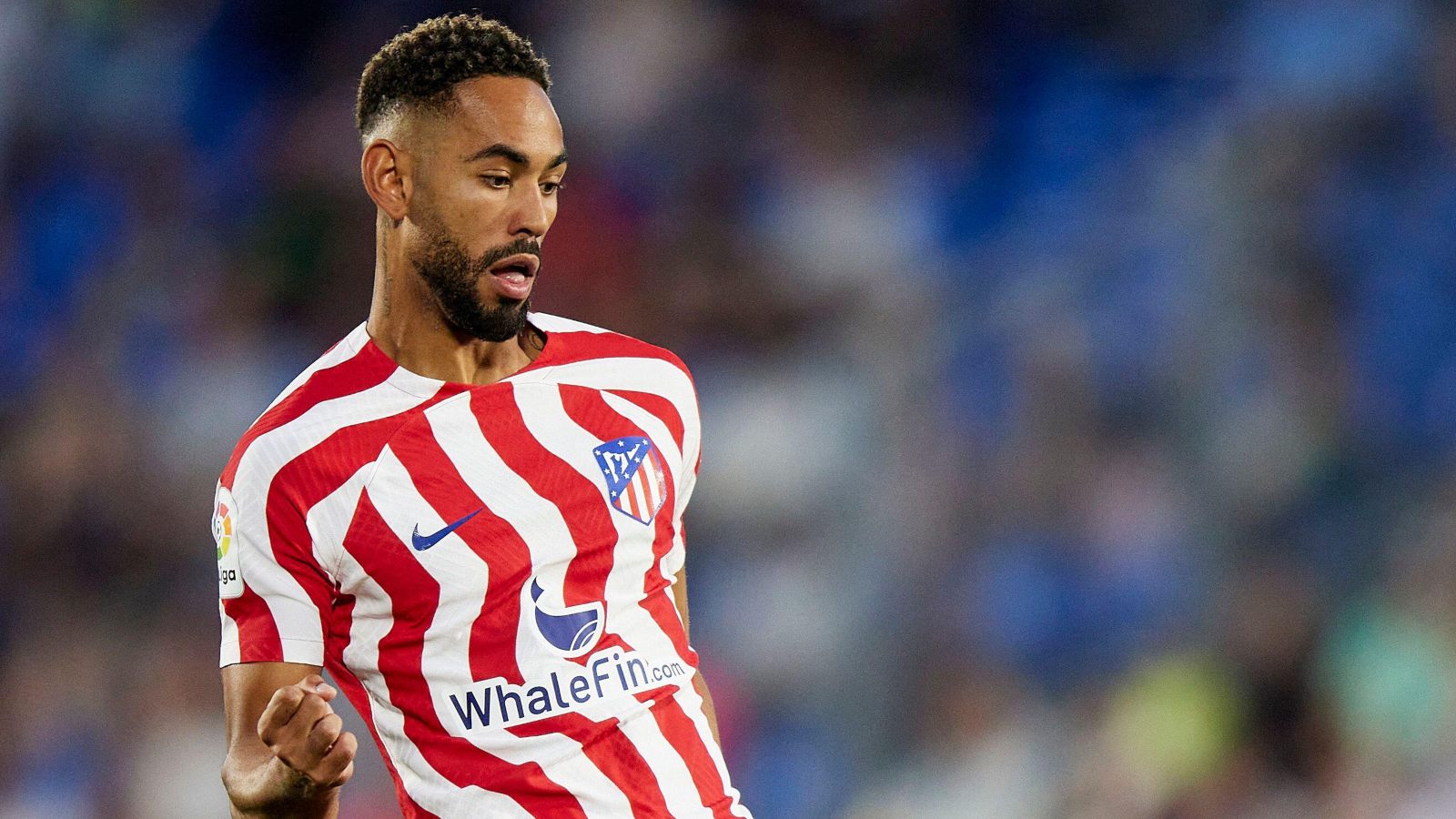 Atletico have offered Man Utd the chance to sign Alvaro Morata but the Red Devils are rather more keen on Matheus Cunha. They might also rival Chelsea for an ex-Arsenal striker…

It’s being widely discussed that the Red Devils are apparently considering a £45million offer for the 23-year-old Brazilian, who only linked up with Diego Simeone last summer. Since then, Cunha has scored six La Liga goals playing across Atletico’s forward line.

The Rojiblancos need to sell players in the next fortnight and they had suggested to United that Alvaro Morata is available. But Cunha fits the Red Devils’ profile, apparently. Which would suggest they have one, contrary to all the evidence of the last few months.

Fabrizio Romano reckons a deal is some way from being done and Atletico will want more than £45million to consider selling Cunha, who has four years remaining on his contract.

There is no suggestion – yet – that Cristiano Ronaldo could be chucked in as part of the deal. Ronaldo wants out and The Times says Erik ten Hag is ready to let him leave. Atletico Are one of the only clubs interested – even if their fans don’t want him – because Simeone wants him to replace Luis Suarez.

RED DEVILS RIVAL CHELSEA FOR AUBA
United are also being linked with Pierre-Emerick Aubameyang because, well, why not?

Barca are trying to usher Aubameyang towards the exit door even if the former Arsenal striker is reluctant to move. Chelsea were seemingly most keen but their opening offer was only just over half the £23million Barca are hoping to fetch for a player they signed for free in January.

Now The Sun reckons United are sniffing after initially considering a move for Aubameyang earlier in the year when he was released by the Gunners.

BLUES TO GO AGAIN FOR GORDON
Chelsea were also knocked back after their opening bid for Anthony Gordon. The Times says the Blues will go back to Everton but it’s unlikely to be enough.

The Blues’ starting offer for the forward was £40million, which Everton immediately rejected. Chelsea, apparently, are set to chuck another £5million on the table but the Toffees will most likely turn their noses up at that too.

It was said that Everton would only sell for £50million, which Chelsea could get closer to by including a loan player. The Toffees are interested in Armando Broja and Billy Gilmour.

NEWCASTLE PONDER PEDRO MOVE
Newcastle are also keeping tabs on Broja but the Magpies have made a move for Watford forward Joao Pedro.

The Daily Mail says the Hornets have knocked back an offer worth £20million plus another £3million in add-ons.

Now Newcastle are weighing up another offer but Watford are determined to stand firm. They are, however, rather more open to offers for Ismaila Sarr.