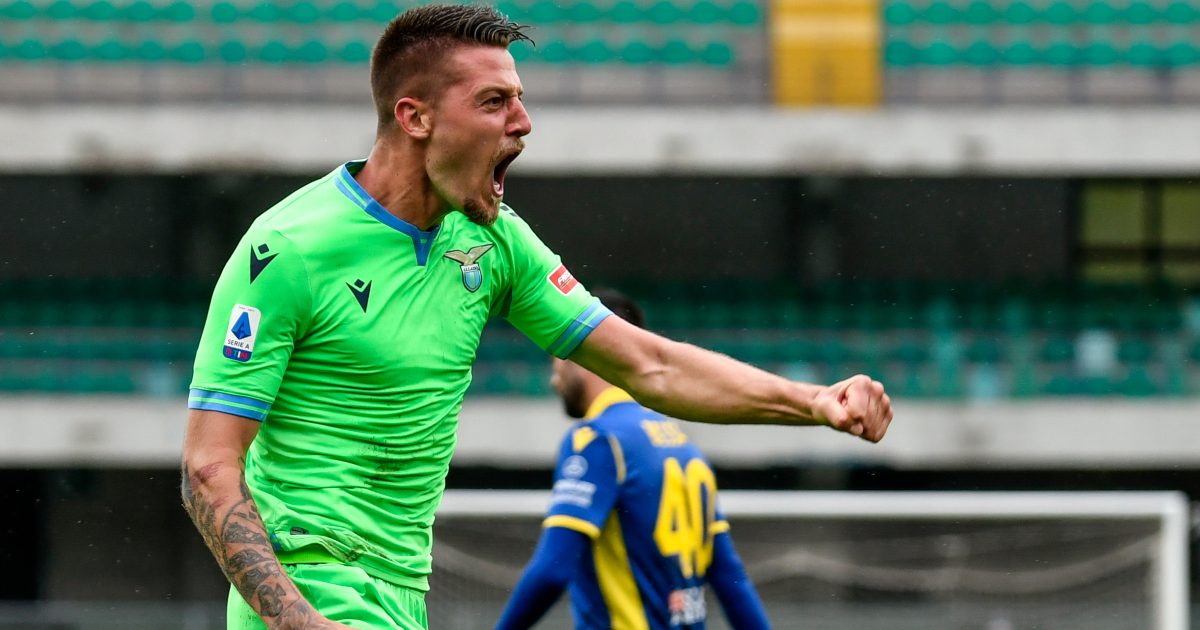 UNITED BACK IN FOR LAZIO STAR
Football’s coming home and Manchester United want Sergej Milinkovic-Savic. It’s 2018 all over again.

United spent most of that summer being linked with the Lazio midfielder, who was attracting interest from all across Europe. But Milinkovic-Savic stayed in Rome where he remains.

But Gazzetta dello Sport reckons this could be the summer when the Serbia star finally gets his big move. Apparently United are sniffing around the 26-year-old once more, and so too are Real Madrid and Paris Saint-Germain.

Milinkovic-Savic still has three years remaining on his current contract but if Lazio fail to secure a Champions League spot – they are sixth, six points behind Atalanta in fourth – then the midfielder could look to force a move.

Leeds and Lingard top of Premier League winners and losers

PREM DUO AMONG BELOTTI SUITORS
Andrea Belotti finds himself in a similar situation to Milinkovic-Savic. The Torino striker was linked with half of Europe a couple of years ago but no move materialised for the striker. Perhaps until now…

The centre-forward’s 12-goal haul in Serie A this season has put him back on the radar of some of the continent’s big hitters.

Tuttosport claims Chelsea, Everton, Atletico Madrid and AC Milan are all considering a move for Belotti.

The 27-year-old is out of contract next year and there is ‘no sign of optimism’ over a renewal for the Torino captain.

JUVE STRUGGLING TO MAKE ROOM FOR DONNARUMMA
Staying in Turin, it appears Juventus have hit a snag in their pursuit of Gianluigi Donnarumma.

The Italy goalkeeper is set to become a free agent at the end of the season, with Mino Raiola yet to agree a new contract with AC Milan for the 22-year-old.

Juve have held a long-standing interest in Donnarumma and they hoped to welcome the stopper this summer. But the Old Lady is having trouble shifting Wojciech Szczesny.

Calciomercato says Juve hoped to sell the Poland keeper to the Premier League to finance the Donnarumma deal, but no club in England appears interested in the former Arsenal No.1.

F365 Says: Onus on Solskjaer to sell Cavani on staying at Man Utd

It was confirmed over the weekend that Jerome Boateng will be following David Alaba out of the Bayern Munich exit at the end of his contract.

Sky Germany puts Spurs in the driving seat for the 32-year-old, though Borussia Dortmund are also interested and if there’s a freebie to be had this summer, you can bet Barcelona are sniffing too.