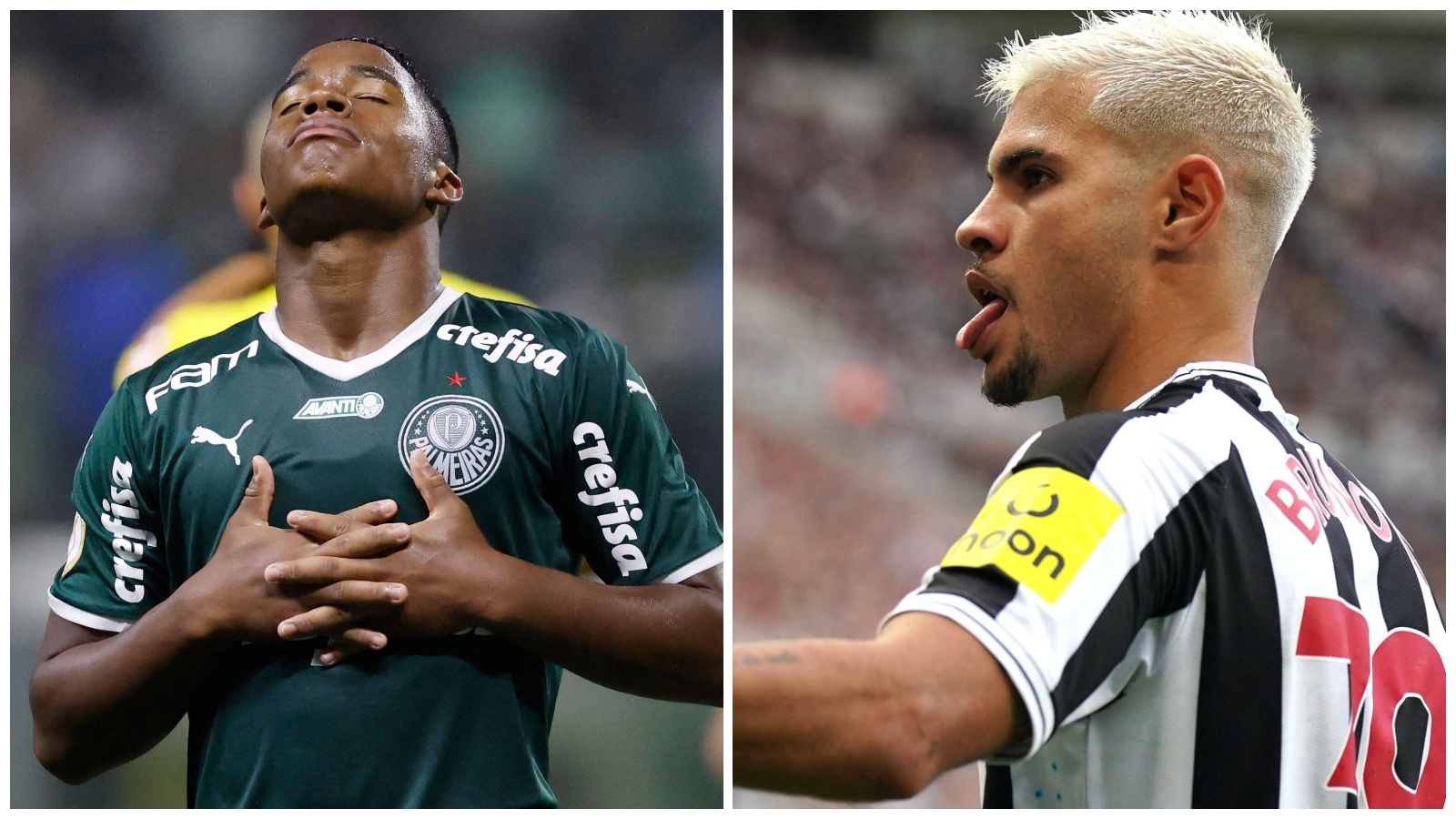 Manchester United are reportedly seeking a new midfielder with Casemiro seen as a ‘short-term’ transfer. Also: there is more on Brazilian wonderkid Endrick.

LET’S STAY UNITED
Although he seems to be loving life at St James’ Park, there is a lot of interest in Bruno Guimaraes.

The Brazilian midfielder left Lyon for Newcastle United in January and has been absolutely brilliant in a terrific Eddie Howe team. He once again shone on Saturday when the Magpies beat Chelsea 1-0, to leave them in the top three going into the World Cup break.

Newcastle paid around £40million to sign Guimaraes 11 months ago and since then he has often spoken about his love for the club and their passionate fan base – who also bloody love him. He doesn’t seem to be eager to move and the club are obviously very uneasy over the prospect of him leaving.

Everyone knows the riches the Toon Army has at their disposal these days, meaning they will feel no pressure whatsoever to sell, but should they receive a bid way above their valuation, they may find it foolish to turn it down. Whether or not a side actually makes such a bid remains to be seen, but all of the right clubs are being linked if that were to happen…

With Manchester City, Real Madrid and Barcelona all reportedly interested, Manchester United have now been added to the mix. This is according to FootballTransfers, who say United see Bruno as the perfect upgrade on Fred and Scott McTominay as they hope to once again become champions of England.

Frenkie de Jong is still a target, with Jude Bellingham and Declan Rice also on the shortlist.

It is stated that the Red Devils want to bring in a youthful midfielder with summer signing Casemiro seen as a ‘short-term fix’.

CHELSEA, PSG LEADING ENDRICK RACE
16-year-old Palmeiras forward Endrick appears to be one of the most sought-after footballers in the world at this moment in time.

After making history by becoming the youngest senior player in Palmeiras’ history earlier this season, Endrick has been linked with every big club in Europe.

According to ESPN, Paris Saint-Germain have already made their move, lodging a €45m (£39.5m) bid to sign the wonderkid, who has a €60m (£52.6m) release clause. This offer was turned down by the Brazilian club with Chelsea ‘planning’ to trigger his release clause.

The final decision will come down to Endrick if his release clause is paid, with the report claiming he prefers a move to the Premier League.

The Times have added that Thiago Silva is ‘working behind the scenes’ to convince his young compatriot to move to Stamford Bridge. Should Endrick agree a transfer away from Palmeiras, he would not be able to make the move until he turns 18 in 2024. By then, he could already be halfway to becoming the next Freddy Adu, not the next Pele – as some as tipping him to become – which would leave his buyer feeling rather foolish…

BRIGHTON WANT UNITED TARGET
Benfica striker Goncalo Ramos is another who has been heavily linked with a move to England this year. Newcastle are the main culprits here, while Manchester United are also believed to be interested.

However, there is a new Premier League club in the mix. I have saved and screenshotted all the original stories which clearly show one new team is interested. It’s………Brighton and Hove Albion.

Ramos is yet to make his debut for the Portuguese national team but was included in their World Cup squad for this winter’s tournament in Qatar. He has 14 goals in 18 appearances for the under-21s and has been on fire at club level this year. The 21-year-old has 12 goals and six assists in 20 matches across all competitions this term after bagging a measly eight goals in 2021-22.

The Seagulls have been crying out for a new striker ever since they were promoted, to be honest, and it is said by Portuguese outlet Record that they have ‘made contact’ with Ramos’ camp. The young forward is apparently worth €40m (£35m), which is peanuts in this day and age, really.

New Brighton boss Roberto De Zerbi wants a new player to lead the line, with Danny Welbeck doing a great job up there, but short of goals. 90min have also claimed that Man United manager Erik ten Hag wants Ramos to come to Old Trafford with Cristiano Ronaldo bound to leave in 2023, with Newcastle also keen despite splashing the cash on Alexander Isak in the summer, and having recalled England striker Callum Wilson at the club.