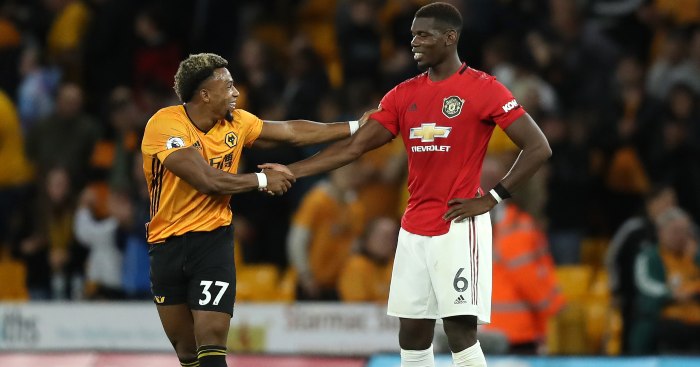 Pogba could only have been clearer about his desire to leave United had he taken a dump on the Old Trafford centre-spot during one of his few appearances around the club this season. He would be delighted to rejoin Juve or move to Real, and United finally appear more open to losing their record signing.

But The Sun reckons they still want £150million in the summer for Pogba, despite the 26-year-old having not played consistently well for, well, since he joined United three and a half years ago.

Indeed, the Daily Star says United have left Pogba out of their travelling party for a warm-weather training trip to Marbella this weekend. It is understood that Ole Gunnar Solskjaer is reluctant to have the midfielder ‘in and around the first-team environment’.

It seems clear that Pogba will go to the highest bidder in summer, but neither Juve nor Real have demonstrated any willingness to give United a fat profit on their £89million investment.

MAN UTD BAULKED AT MARTINEZ FEE
United have been too preoccupied scrambling around for strikers in the last fortnight or so to worry about Pogba. And The Times says they considered a move for Inter Milan forward Lautaro Martinez.

But the Red Devils backed off the 22-year-old after being told to cough up the £94million required to activate the release clause in Martinez’s contract.

The Daily Star thinks the Argentina star will go to Barcelona instead.

BARCA GO BACK FOR TRAORE
Barca could be busy bees this summer. They have also been sniffing around Pierre-Emerick Aubameyang and the Daily Mail reckons they will go back for Adama Traore.

The Wolves attacker has developed into one of the Premier League’s most thrilling players and Barca are among a host of clubs casting envious eyes towards the player who came through their academy.

Jurgen Klopp, Jose Mourinho and Pep Guardiola have all gone out of their way to praise Traore this season and in the form he’s showed this season, there isn’t a squad the 24-year-old wouldn’t enhance.

CHELSEA TARGET AJAX KEEPER
Kepa Arrizabalaga is having a stinking 2020. The Chelsea keeper hardly thrived in 2019 but Frank Lampard’s patience ran out last week with the Spaniard dropped after a couple of warnings.

Lampard has been linked with a couple of Premier League keepers – if Chelsea agree to sell Kepa – but this morning brings news of interest in Ajax stopper Andre Onana.

Goal says Lampard likes the look of Onana having seen him at close quarters in Chelsea’s Champions League clashes with the Eredivisie side. Apparently, the Blues boss ‘prefers to sign players who he has either seen live or built a relationship with rather than those just scouted by the club’.

AND THE REST
Pierre-Emerick Aubameyang, Alexandre Lacazette and Mesut Ozil are all expected to be available for sale this summer… Japhet Tanganga is in talks over a 1500% pay rise at Tottenham…  Everton are not considering a move for Everton Soares… Barcelona may bid a £4million bid for Brighton’s teenage keeper Carl Rushworth.