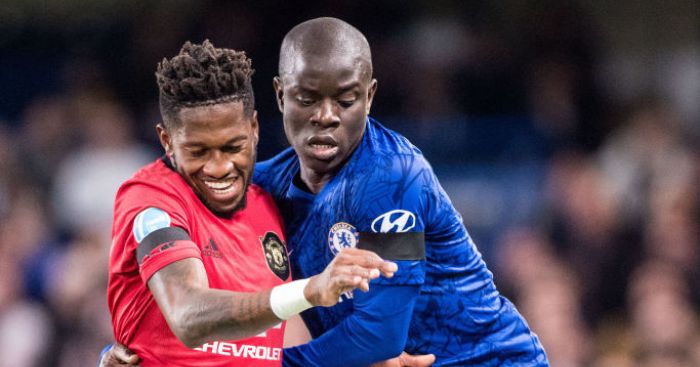 KANTE BE SERIOUS
Inter Milan are apparently not the only European giant interested in N’Golo Kante.

According to Tuttosport (via the Sun), Manchester United are preparing a ‘shock move’ for the Chelsea star. Quite the shock, indeed.

Frank Lampard is reportedly keen to get one or two players off the Blues books following their summer transfer exploits.

And Lampard would rather see Jorginho sold, but the report claims the club would be willing to accept offers in the region of £55million for Kante.

The World Cup winner is under contract for another three years at Stamford Bridge after penning a new deal in November 2018.

Inter have shown the most interest in the diminutive Frenchman, most recently offering Marcelo Brozovic to Chelsea as part of the deal.

If he does leave, whoever he joins will win their league. That’s just what happens when you sign Kante.

MADRID ‘GATHER INFO’ ON MAHREZ
Real Madrid have ‘made contact’ with Riyad Mahrez’s team of representatives over a potential move from Manchester City this summer.

Zinedine Zidane is thought to be a big admirer of the winger, who scored 13 goals and provided 16 assists last season.

Foot Mercato claim Madrid are ‘gathering information’ on the 19-year-old. Whatever that means. His golf handicap presumably…

It would seem unlikely that Pep Guardiola would allow another one of his wide players to leave this summer, following the exit of Leroy Sane, even though Ferran Torres has been brought in from Valencia.

But Zidane wants a replacement for Gareth Bale, who will either leave the club this summer or be set for another season on the sidelines.

GINI TALKS
Klopp was due to step in amid speculation that Georginio Wijnaldum was going to up and leave for Barcelona, and that’s exactly what he’s done.

The Liverpool boss has held talks with Gini, and the Dutch midfielder is set to remain at Anfield and see out the remaining year of his contract.

Sky Sports add that Wijnaldum is keen to extend his stay on Merseyside, and hopes a new offer will be put on the table following his positive talks with Klopp.

The 29-year-old, who joined Liverpool from Newcastle in 2016, has played a major role in the club’s success and reportedly wants to win further trophies at Anfield.