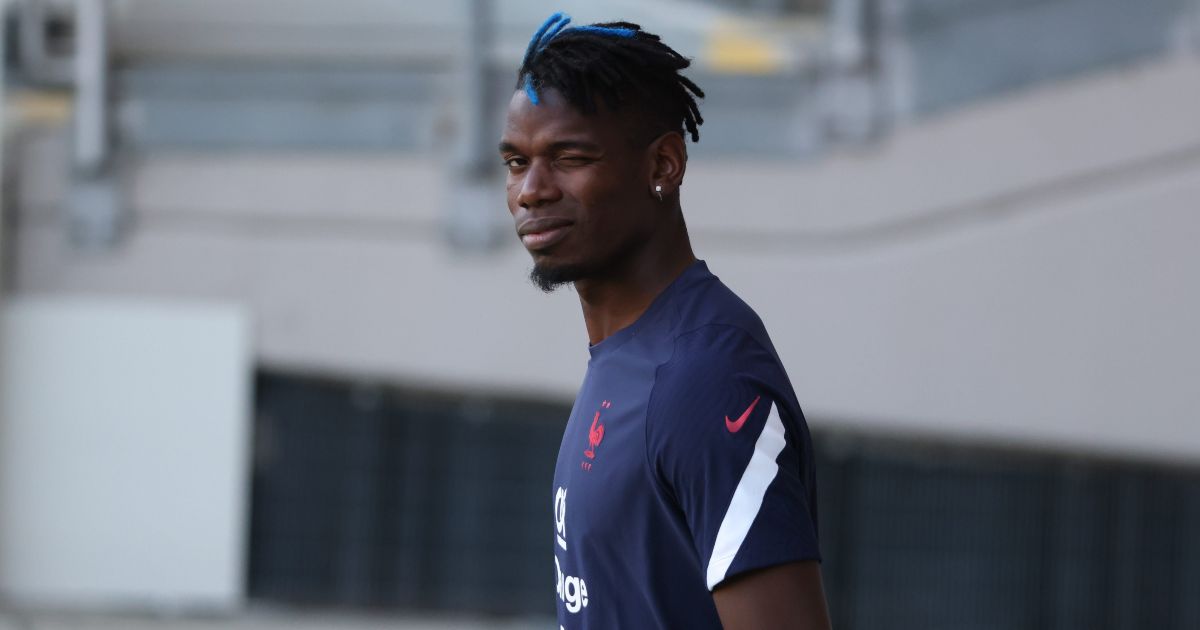 One Man Utd star must take a pay cut to join his ideal club, while Newcastle want a trio of signings in January…

JUVE MOVE IN DOUBT
Man Utd midfielder Paul Pogba will have to take a big pay cut if he wants to join Serie A side Juventus in the summer transfer window, according to reports.

The France international is out of contract at the end of the season but it isn’t yet clear whether he will renew his contract at Old Trafford or move elsewhere. Pogba has been regularly linked with both Juventus and Real Madrid over the past couple of seasons with his agent Mino Raiola constantly stoking the fire.

The 28-year-old annoyed Man Utd fans earlier in the week when he failed to rule out a move to Juve in the summer. He told reporters on international duty: “I like Torino [laughs]! I always speak with former Juve team-mates like [Paulo] Dybala. I’m in Manchester now, I’m under contract until June. Then let’s see. I want to complete this season at my best level, then we will see.”

However, the Gazzetta Dello Sport (via Sport Witness) claims that it is the ‘cost and salary’ that will hold the deal back as Pogba looks to pursue a move away from Man Utd this summer. His wages are the reason the Old Lady haven’t made an offer to bring him back to Turin in the past as they are ‘unsustainable’ for the Italian club.

That means that Pogba would have to compromise to get his move but the Italian newspaper adds that is seen as an ‘impossible task’. The reported €20m offer on the table from Man Utd would be ‘unapproachable’ for Juventus with the Serie A outfit willing to pay €10-12m.

MAGPIES EYE TRIO OF SIGNINGS
Newcastle United have been linked with numerous players already in the two days since Mike Ashley’s reign at the club came to an end on Thursday. There is likely to be a constant stream of rumours until the January transfer window opens with three more doing the rounds today.

Spanish publication Sport claim there is a ‘strong possibility’ that the Magpies will move for former Liverpool midfielder Philippe Coutinho in the winter market. There has been ‘some contact’ with Newcastle’s new Saudi owners with his time at Barcelona coming to an end.

The offers received for Coutinho so far have been ‘insufficient’ for Barcelona to accept but he is understood to be ‘one of the priorities’ for the new Newcastle board.

Kalidou Koulibaly is also reportedly a target with Football Insider insisting that the Napoli defender is ‘top of the club’s target list’ following the takeover. He has been linked with a host of Premier League clubs over the past couple of years but his high price tag has put off potential suitors.

Koulibaly is seen as an ‘A-grade defensive leader capable of transforming the back line’ as Newcastle look to bring in ‘two top-class centre-backs’ as part of ‘a huge assault on the transfer market next year’.

Another player linked with a move to St James’ Park is Paris Saint-Germain striker Mauro Icardi with Calciomercato claiming the Argentine is a target for the Geordies, who are ‘looking for a new striker’. However, they will face competition from fellow Premier League side Tottenham and Serie A outfit Juventus.

AND THE REST…
PSG sporting director Leonardo remains confident that Kylian Mbappe will stay at the club and insists Real Madrid should be punished for their pursuit of him…Former Newcastle owner Mike Ashley is interested in a takeover of Championship club Derby County, who are in administration…Liverpool are planning to try to sign Ousmane Dembele on a free transfer when the 24-year-old’s contract with Barcelona ends in the summer…Leeds United are confident that Kalvin Phillips will extend his contract with them before the end of the year, with talks at an advanced stage…Man Utd are preparing to open contract talks with Harry Maguire to improve the terms of 28-year-old’s contract.