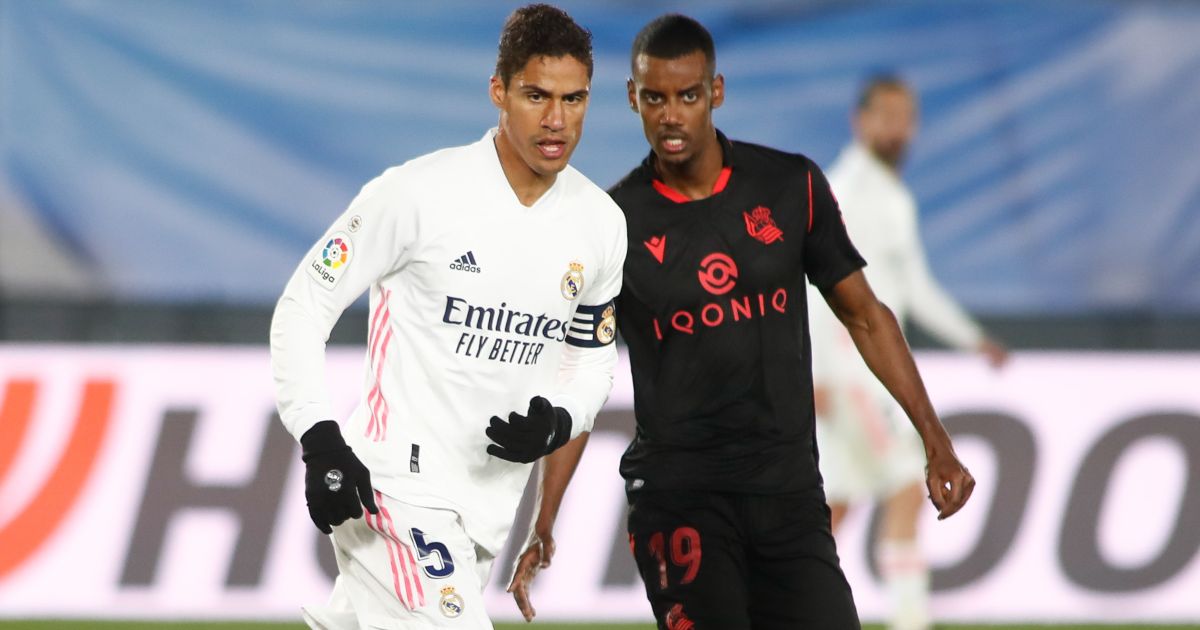 RED DEVILS RETAIN RAMOS GRUDGE
Sergio Ramos perhaps misjudged his negotiating position with Real Madrid judging from his comments at his farewell press conference. After months of talks, Ramos says he decided to sign the one-year deal that was on the table only to discover that the offer had expired.

His previous tactics could scupper whatever hope he may have had of tempting Manchester United to make him an offer too.

United are one of three clubs linked with Ramos but the Daily Mail says the Red Devils retain a grudge against Ramos for the way he has used them in the past.

Twice in recent years United have been keen to sign the defender but Ramos used their interest as leverage to secure himself a better deal with Real.

Now, United are understandably wary. Which apparently leaves PSG are the frontrunners for Ramos.

According to the Manchester Evening News, the Red Devils have had a £50million bid for Raphael Varane knocked back by Florentino Perez.

The Real president is said to want £80million for the France star but no chairman with a full set of marbles would pay that for a 28-year-old who is out of contract next year.

United are said to be working on finding a compromise with Real. Which means this one is sure to drag.

EVERTON EYE EX-LIVERPOOL DEFENDER
Everton’s first priority remains finding a manager. Should they bring Rafael Benitez back to Merseyside, then the Spanish boss’s first target will be an England defender.

That’s the claim of Football Insider, which names Conor Coady as the man Rafa wants at the heart of his backline.

Everton were interested in Coady when former Wolves boss Nuno was the frontrunner to takeover at Goodison. The Toffees have retained their interest in the 28-year-old and Benitez has apparently given them the go-ahead to make a move.

REDS TARGET SWEDEN STAR
Across Stanley Park, Liverpool are on the hunt for attacking options and they are currently looking in Aleksander Isak’s direction.

The Daily Express reckons the Real Sociedad striker has been earmarked as a possible replacement for Roberto Firmino.

The 21-year-old has a buyout clause in his contract worth £60million, though Liverpool might have competition for the Sweden striker if he replicates his performance against Spain on Monday through the rest of Sweden’s Euros campaign.

Isak notched 17 goals in La Liga last season and the Reds see him replacing Firmino ‘in the not-too-distant future’.