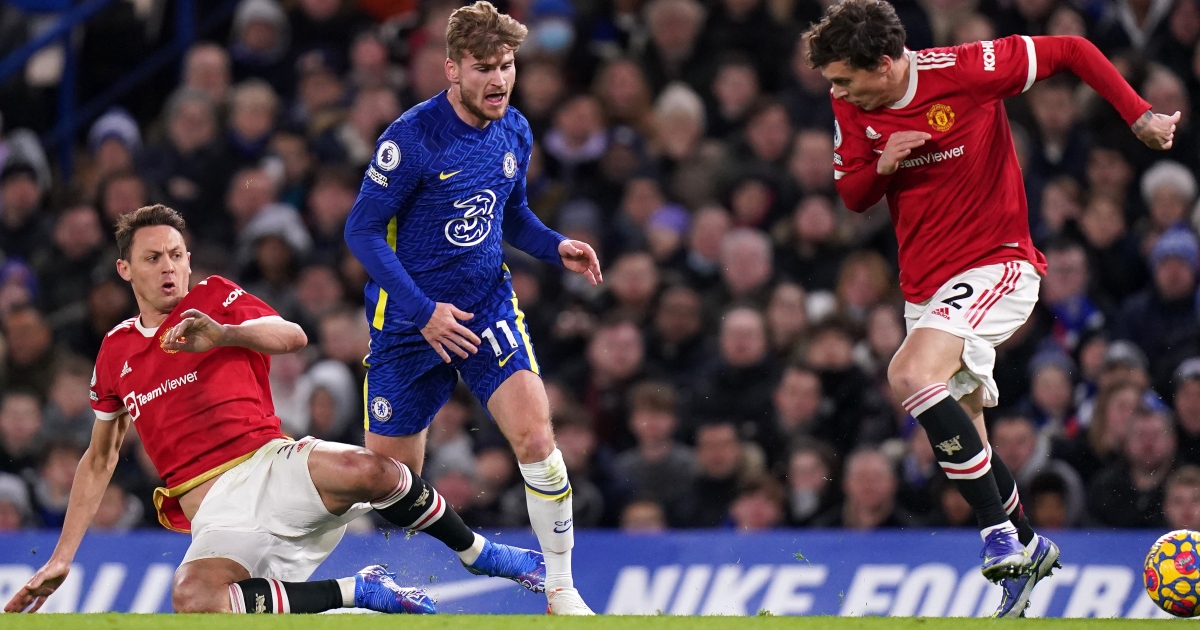 RANGNICK KEEN TO TAKE WERNER TO UNITED
It took a little longer than we expected but now the rumours over Manchester United moving for Ralf Rangnick’s old boys are starting to flow.

It has already been reported that Rangnick will receive a hefty bonus if he manages to entice Erling Haaland to Old Trafford next summer, with the new United boss linked to the Norwegian star through his Red Bull connections at Salzburg.

Rangnick signed the Germany striker for RB Leipzig in 2016 and Werner’s struggles at Chelsea have not deterred the coach from seeking a reunion with a player ‘he trusts blindly’.

Sport says Chelsea are up for selling Werner, and team-mate Hakim Ziyech, though they doubtless be rather less keen to deal with a direct rival.

The France right-back was signed for RB Leipzig by Rangnick in 2018 for around £14million. Rangnick, then Leipzig’s sporting director, said they had been tracking ‘one of Europe’s top defensive talents for over a year’ and that Mukiele ‘fits exactly what we’re looking for in a player and a person’.

Since then, the 24-year-old has played 79 Bundesliga games and made his France debut in September. 90min says United have identified Mukiele as ‘a target who could not only come in and improve the team straight away but also over the course of the next few years’.

Mukiele is out of contract at Leipzig in 2023.

LEWANDOWSKI DETERMINED TO JOIN REAL
Robert Lewandowski could also be set to leave the Bundesliga, with the Poland striker considering quitting Bayern Munich at the end of the season.

If Lewandowski moves on, the 33-year-old is said to have his heart set on Real Madrid.

AS says the goal-machine has instructed his agent Pini Zahavi to ‘give absolute priority’ to any possible deal with the Spanish giants.

TOON IN FOR LIVERPOOL DEFENDER
Nat Phillips was a regular presence in Liverpool’s back four last season but the centre-back is struggling to get a game this season with everyone else fully fit.

So Liverpool could belatedly cash in on a defender they tried to sell to Swansea not long ago, but Phillips would appear to have better options this time.

West Ham have been linked with the 24-year-old, but The Telegraph claims Newcastle are keen – and Lord knows they need some competent defenders.

Joe Gomez has also been linked with a move away from Anfield, with Aston Villa reported to be interested. But the Daily Mail has dismissed the possibility of Steven Gerrard raiding his old club for the England defender.