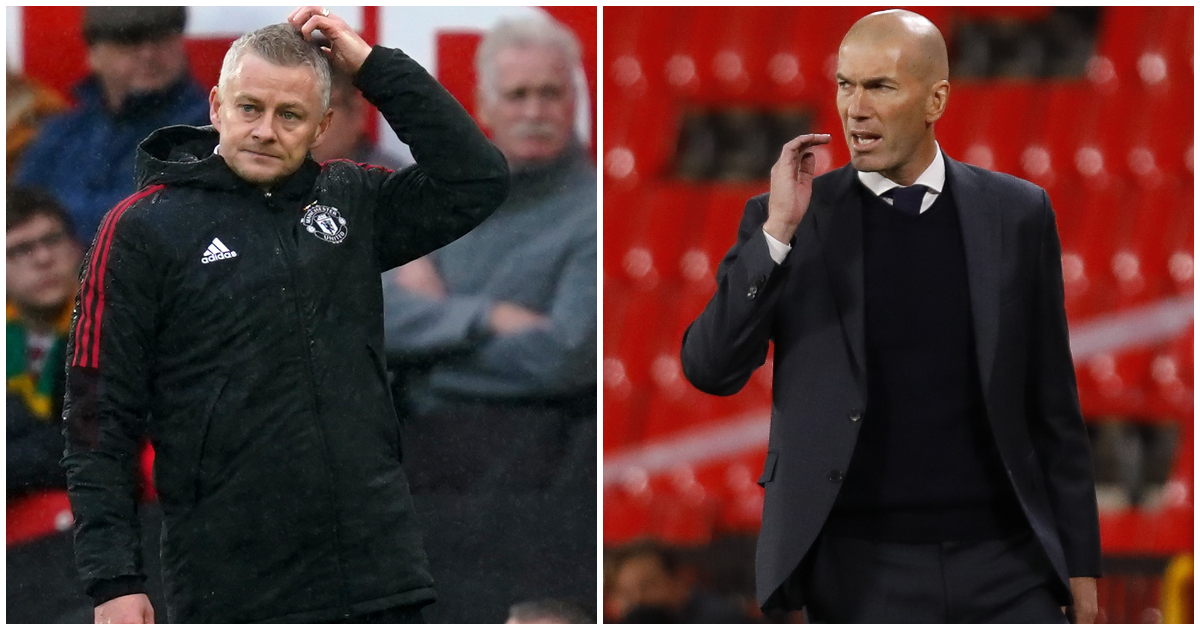 There are mixed reports over Solskjaer’s job security, while Aston Villa are being linked with four managers as Frank Lampard talks to Norwich…

MAN UTD REVOLT COULD DOOM SOLSKJAER
Three Premier League managers have lost their jobs in the last week, yet Ole Gunnar Solskjaer still remains at his post. Though perhaps not for long…

Because while The Guardian says that the dismal derby defeat hasn’t altered the thinking at Old Trafford, the Daily Mail reckons a player revolt could force a change.

Apparently, Bruno Fernandes is just one of the senior players who feel ‘they aren’t getting enough direction’ from Solskjaer, while Cristiano Ronaldo has been ‘alarmed by the drop in standards’ while he was away from Old Trafford.

Both might welcome the appointment of Zinedine Zidane but AS says is is ‘almost impossible’ that the former Real Madrid coach would take over from Solskjaer.

LAMPARD IN TALKS OVER NORWICH JOB
Norwich acted rather more decisively than United over the weekend, sacking Daniel Farke despite the German delivering their first Premier League win of the season.

The Canaries said they will remain ‘forever grateful’ to Farke – but that hasn’t stopped them from talking to Frank Lampard.

Football Insider says negotiations with the former Chelsea manager are already underway, with Lampard’s experience of managing in both the Championship and Premier League of particular interest to the top flight’s bottom-placed club.

Ian King: Newcastle find their weekend in Brighton to be very accommodating

FOUR LINKED WITH VILLA JOB
Aston Villa are also on the hunt for a new manager after Dean Smith was dismissed on Sunday.

The Telegraph lists a three-man shortlist for the Villans featuring Steven Gerrard, Ralph Hasenhuttl and Kasper Hjulmand, who are all currently employed by Rangers, Southampton and Denmark respectively.

The Times says Belgium boss Roberto Martinez is also in the frame to take over at Villa Park.

BENZEMA SNUBS TOON, PREFERS PSG
Newcastle are yet to appoint a manager but given he was sat next to Amanda Staveley during the Magpies’ 1-1 draw at Brighton on Saturday, we assume Eddie Howe will be confirmed as Steve Bruce’s replacement anytime now.

Then Newcastle can switch their focus to spending all the money – but they won’t be signing Karim Benzema.

El Nacional reckons the France striker has already been approached about a move to St James’ Park, but Benzema doesn’t fancy it. PSG, though, would appeal if he opts to leave Real Madrid should they land Erling Haaland.

CITY EYE DE JONG EXCHANGE
Raheem Sterling has been so heavily linked with Barcelona that it seems Manchester City are now thinking about what they can get out of sending the England attacker to the Nou Camp.

El Nacional has mooted the idea of Sterling moving to Barca, taking £17million of City’s cash with him to give to the Catalans in return for the Netherlands midfielder moving to the Etihad.