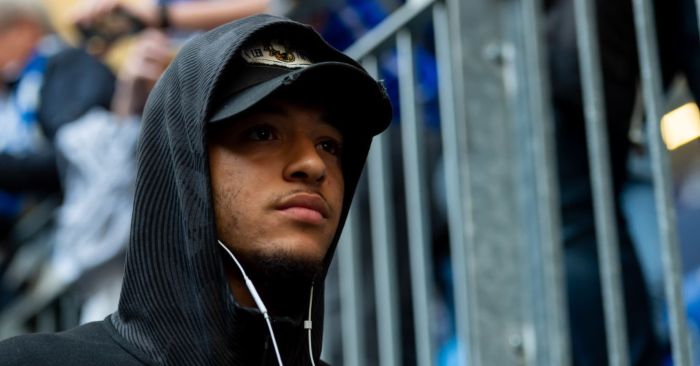 LAY OFF BELLINGHAM
Manchester United are hoping if they back out of the chase for Jude Bellingham, Borussia Dortmund might lower the cost of Sancho.

Bild claim the Reds are harming their chances of landing Sancho by pursuing Bellingham, who Dortmund have reportedly agreed personal terms with.

But the Bundesliga side are yet to raise the funds to secure what would reportedly be a £30million deal for the 16-year-old, and United have been sniffing around if the deal falls through.

Those funds could of course be raised through the sale of Sancho – though selling your most-prized asset to buy a relative unknown would be a little odd.

As per the MEN, United hope to reduce the initial fee for Sancho – thought to be €120m – by including achievable add-ons in their deal. That arrangement could see United fork out an initial €70m, paying a final €30m in achievable add-ons.

CAN’GOLO KANTE
Chelsea are looking to clear the decks to make room for Kai Havertz. Rumours intensified on Thursday as the German international ‘liked’ an ‘announce Havertz’ tweet in response to the confirmed transfer of Timo Werner – which is as good as a signature, of course.

And The Times (via TEAMtalk) claim Chelsea are ready to axe 13 players this summer, as they attempt to buy the whole of Europe.

Among the 13 is N’Golo Kante, who has been linked with a move to Real Madrid, and certainly won’t be short of suitors. Jorginho was also included in the 13 facing departure, amid the never-ending speculation over his return to Serie A.

FATI CHANCE
Manchester United had a £89million offer for Ansu Fati rejected by Barcelona and then failed with a £135million bid.

And despite Spanish football expert Guillem Balague calling bulls**t, and United well aware that they are probably being used by Fati’s agent to squeeze a bit more money out of Barcelona, the Daily Star suggest United are about to come back in with a third offer that meets the 17-year-old’s £151million release clause.

Sport have backed claims that United are very keen on Fati, as they believe he ‘meets all the requirements to make a record investment’. And he is certainly something, probably quite a bit more than something. But he is just 17, and United may be wise to wait a bit longer to be certain he meets those ‘requirements’.