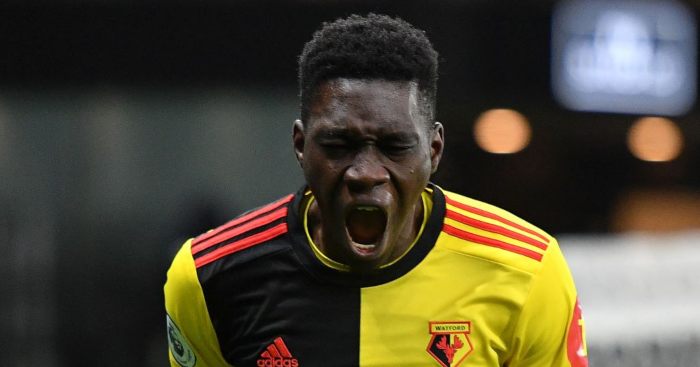 Man Utd want a Traore and Klopp ‘asks for one or two signings’ at Liverpool.

BREAKING NEWS at 10am: Liverpool agree deal for Thiago

KLOPP TARGETS DUO
It’s been a quiet transfer window for Liverpool and Jurgen Klopp so far. But reports suggest there may be some activity before the deadline on October 4.

The Athletic claim Klopp has ‘asked for one or two more signings’ to be completed despite the financial restrictions imposed by the coronavirus pandemic.

Liverpool have so far signed Kostas Tsimikas for around £12million as cover for Andrew Robertson at left-back.

The Reds have consistently been linked with a move for Thiago Alcantara, who is named as one of two possible targets by ESPN along with Ismaila Sarr, who was previously linked with a move to Anfield before his transfer to Watford last summer. And with the Hornets relegated last season, Klopp is said to be keen to give Sarr the chance to continue his career in the Premier League.

A SANCHO UNALTERNATIVE
There are almost too many Jadon Sancho ‘alternatives’ to count. We had a go a while ago, but we could now double or even triple that number.

But the Manchester Evening News are very eager to point out that a potential move for Atalanta’s Amad Traore ‘is not seen as an alternative to Jadon Sancho’.

Traore, at 17 years and 109 days old, became the youngest player to score on his Serie A debut in Atalanta’s 7-1 thrashing of Udinese last season. Now 18, he is seen as one for the future rather than an immediate starting option for Manchester United.

There is reportedly plenty of competition from Italian clubs for his signature, and despite playing just 30 minutes of football in Serie A, he will not come cheap.

It has been thought for some time that Kalidou Koulibaly could be the man to add some steel at the heart of City’s defence, but Guardiola and the board deem the €80million Napoli want as too much for a 29-year-old.

They will instead turn their attention to La Liga, according to The Guardian, and will weigh up deals for Sevilla’s Diego Carlos and Atletico Madrid’s Jose Gimenez.

27 and 25 respectively, the duo represent a more long-term solution to City’s defensive woes, but they too require deep pockets.

The report claims both players have hefty release clauses, with £68.7million required to lure Carlos from Sevilla, and Gimenez’s set at £109.8million.