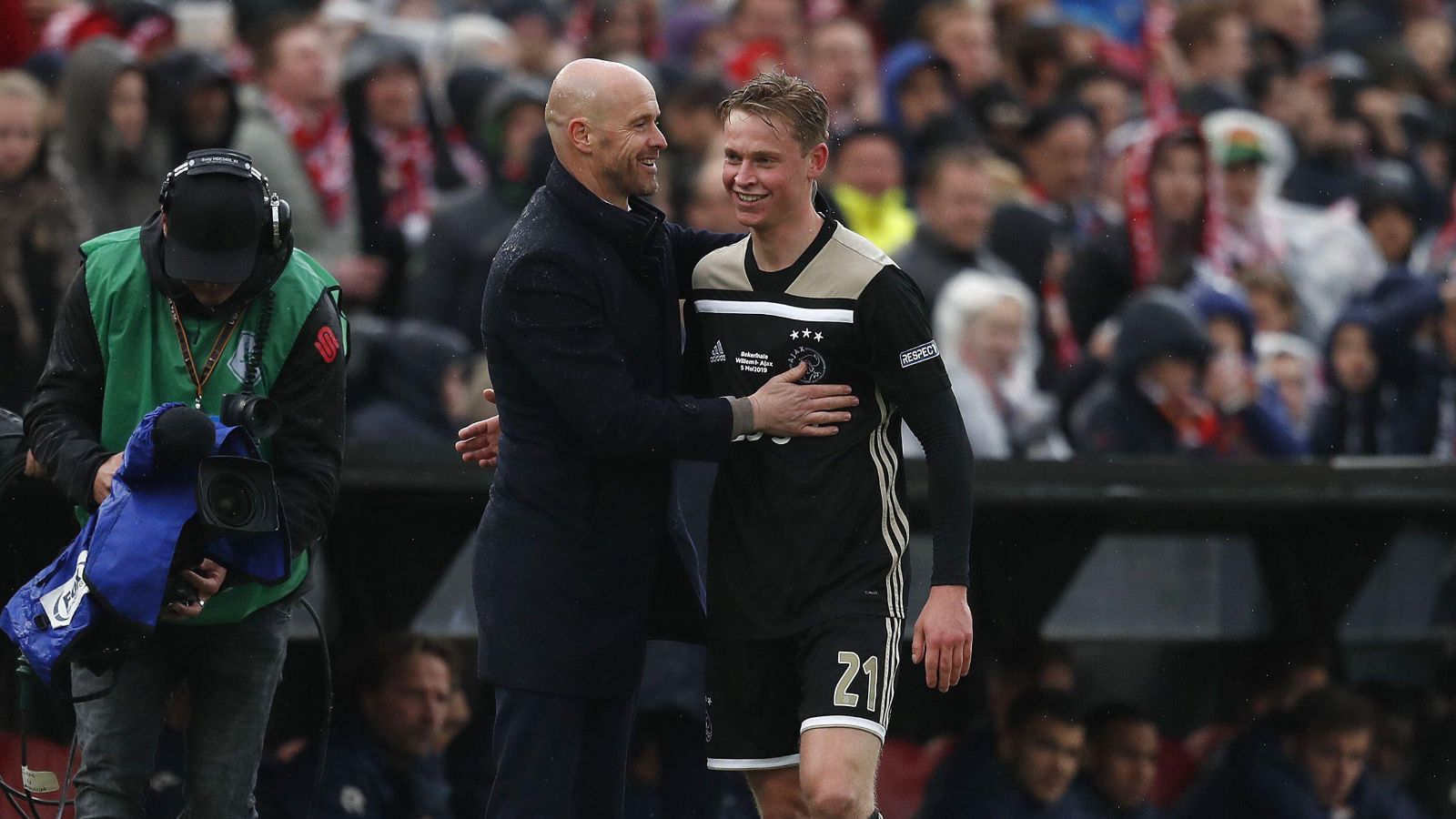 Erik ten Hag is ‘pressing’ Man Utd to up their bids for two Ajax stars, Frenkie de Jong says ‘no’ to move and more…

DE JONG ‘TOTALLY RULES OUT’ MAN UTD
Is anyone else bored of the De Jong-Man Utd saga? Well, we will not be hearing about it for much longer if Spanish outlet Sport are to be believed.

Last week it was reported that United and Barcelona were ‘clear’ that the full fee for De Jong will be €85m (add-ons included).

Though conflicting reports have emerged regarding De Jong’s stance on the move. Sport now state that the player’s ‘absolute priority’ is to stay at Barcelona and he has given a ‘resounding no’ to Man Utd.

They even list ten reasons why he is against reuniting with Ten Hag in England. Among them are the ‘bad weather in Manchester’ and the belief that United are a ‘jinxed team’.

De Jong is also being linked with Chelsea. The report hints that a move to the Blues is more likely as this transfer has ‘fewer points against it’.

Lisandro Martinez and Antony are the players they are pursuing. According to The Times, Ten Hag wants Man Utd to step up their pursuit of the duo.

They state that the English club have already offered €50m and €60m for Martinez and Antony respectively. Their bid for the latter is said to be €20m short of Ajax’s €80m valuation.

Both players are open to joining Man Utd, but Ajax have made it clear that they want replacements lined up before Martinez and Antony are sold.

The Dutch outfit ‘want to bring in €125m across the two transactions’ so United need to dig deeper into their pockets.

STERLING TO CHELSEA ‘IS DONE’
Away from Old Trafford, Raheem Sterling is set to leave Manchester City. He has been identified as a key target by Chelsea and their deal to sign him is now ‘done’.

Transfer guru Fabrizio Romano has provided details on the sale. The full fee for him could be as much as £55m (£10m add-ons) and his contract will run until 2027 (plus an option of a further year).

Sterling is now scheduled to have his medical in London, so barring any late hiccups he will officially become a Chelsea player within the next couple of days.