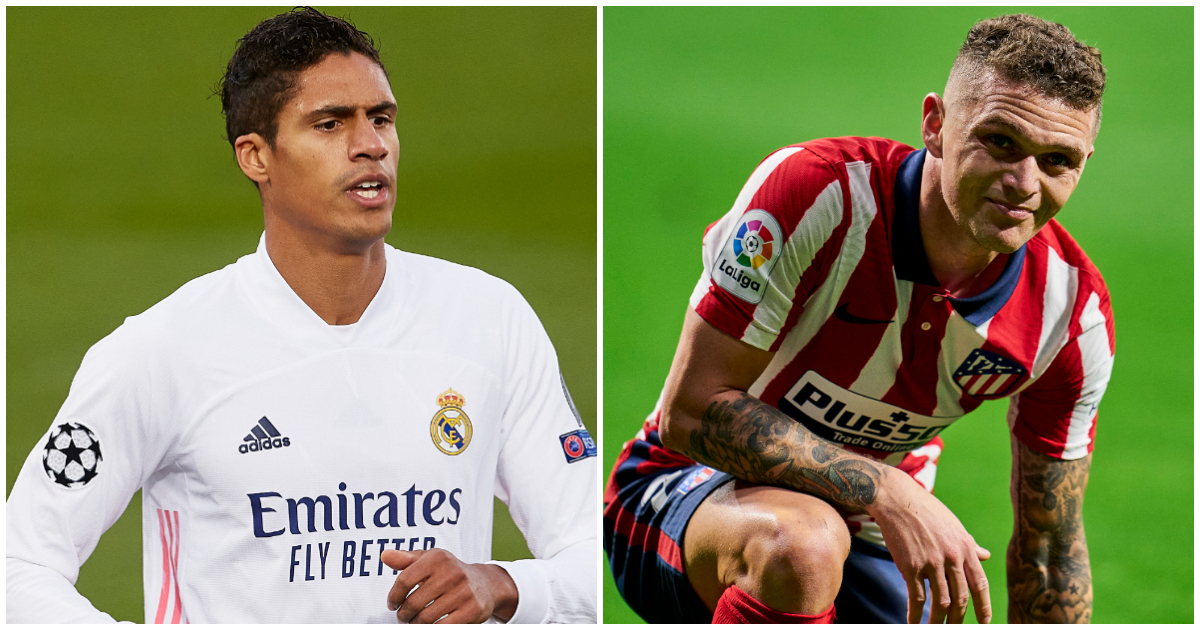 Manchester United deals for Madrid-based defenders are ‘all but done’, while Arsenal and Spurs are fighting for a Lyon star…

UNITED TO COMPLETE DEFENDER DEALS NEXT WEEK
It feels like Manchester United have been ‘close’ to deals for Raphael Varane and Kieran Trippier for weeks now. But Friday morning brings a suggestion over exactly how close both defenders are to signing for the Red Devils…

The Sun reckons the deals are ‘all but done with announcements expected towards the end of next week’.

Apparently, United will pay Real Madrid £50million for Varane, who will sign a five-year contract at Old Trafford. Trippier, who is desperate for the move, will cost £18million. Though if Atletico Madrid really do want Jesse Lingard, it feels like there is a deal to be done there.

SAINTS REFUSING TO DEAL WITH SPURS OVER INGS
Tottenham need to get busy in the transfer market too. And it seems they have a few irons in the fire…

Their interest in Danny Ings is nothing new. Spurs would love to sign the Southampton forward this summer, ideally to play with Harry Kane. And Ings’ contract situation plays nicely into Daniel Levy’s hands.

But the Evening Standard suggests Saints are digging their heels in. Not because they aren’t open to selling Ings. They just don’t want to deal with Tottenham. Indeed, Spurs are ‘the last Premier League club they would want to do business with’.

F365 Features: The £315m transfer XI who have moved this summer

LEVY MUST PAY TO RELEASE PELLEGRINI
We can’t imagine Jose Mourinho would want to make life easy for Levy either. But the new Roma boss could be powerless to stop his old club taking one of his new players…

Spurs are keen on bringing midfielder Lorenzo Pellegrini to north London, even while they are prioritising the strengthening of their defence and attack.

But The Athletic report that Levy would have stump up the cost of Pellegrini’s release clause, which currently stands at £26.5million.

F365 Says: Tielemans could be the ‘heartbeat’ amid Liverpool uncertainty

The Lyon star has apparently set his heart on a move to the Premier League and could be available for a similar amount to Pellegrini.

Le10Sport reports that Spurs have gone into battle with Arsenal for the France star’s signature.

REAL KEEN ON SALAH
Real Madrid have all sorts going on at the moment and somewhere among the chaos there remains a desire to sign Kylian Mbappe this summer.

Mbappe is a year from the end of his contract and the France star has indicated that he won’t re-sign with PSG.

But Fichajes reckons Carlo Ancelotti won’t wait for Mbappe to become a free agent. Nope, if Mbappe can’t be signed this summer, then the returning coach wants Real to move for Liverpool’s Mo Salah.