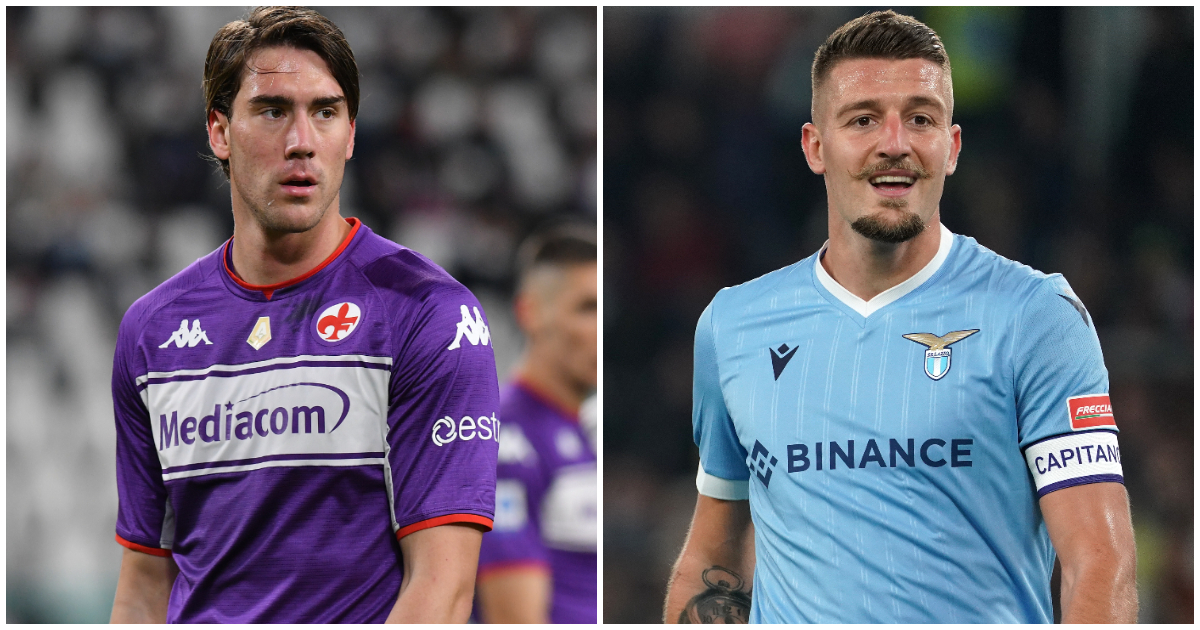 In the meantime, we can offer you a link between United and Dusan Vlahovic.

The Fiorentina striker is making himself one of the most sought-after strikers in Europe, with a dozen goals and a couple of assist in 14 games this season.

Tottenham, Newcastle, AC Milan and Juventus have all been credited with an interest in the 21-year-old Serbia international, whose value has crept up in recent weeks, from £50million, through £60million to now £70million.

But the Daily Mail reckons United are now in the running to sign Vlahovic, who next summer is set to enter the final year of his contract at Fiorentina, with little sign of a renewal.

UNITED BACK FOR LAZIO MIDFIELDER
United are also said to be shopping in Serie A for another Serbian to replace Paul Pogba.

The France midfielder is set to leave Old Trafford at the end of the season when his contract expires.

United were linked with the 26-year-old in 2017 and 2018 but Milinkovic-Savic remained in Rome. However, his agent, ex-Chelsea striker Mateja Kezman, has said that “soon will come the time for him to live a new adventure and new dreams”.

LIVERPOOL LINKED AGAIN WITH SARR
The Red Devils have been in linked in the past with Ismaila Sarr, but it is Liverpool who are reported to be planning a move for the Watford winger.

Jurgen Klopp has been scouring the market for cover for his attacking players, especially with Mo Salah and Sadio Mane set to head off to AFCON in January.

Which is when Calciomercato reckons the Reds could move for Sarr – but he won’t come cheap. The 23-year-old has three years remaining on his Watford contract and the Hornets will be looking for a hefty profit on the £40million they paid Rennes in 2019.

The Italy star is technically on loan at Juventus from Fiorentina but the Old Lady has an obligation to make that move permanent at the end of the season, so any proceeds from the 24-year-old will go straight to them.

And they stand to make a healthy profit if there is any truth in the report that Chelsea are planning an £84million move for Chiesa.