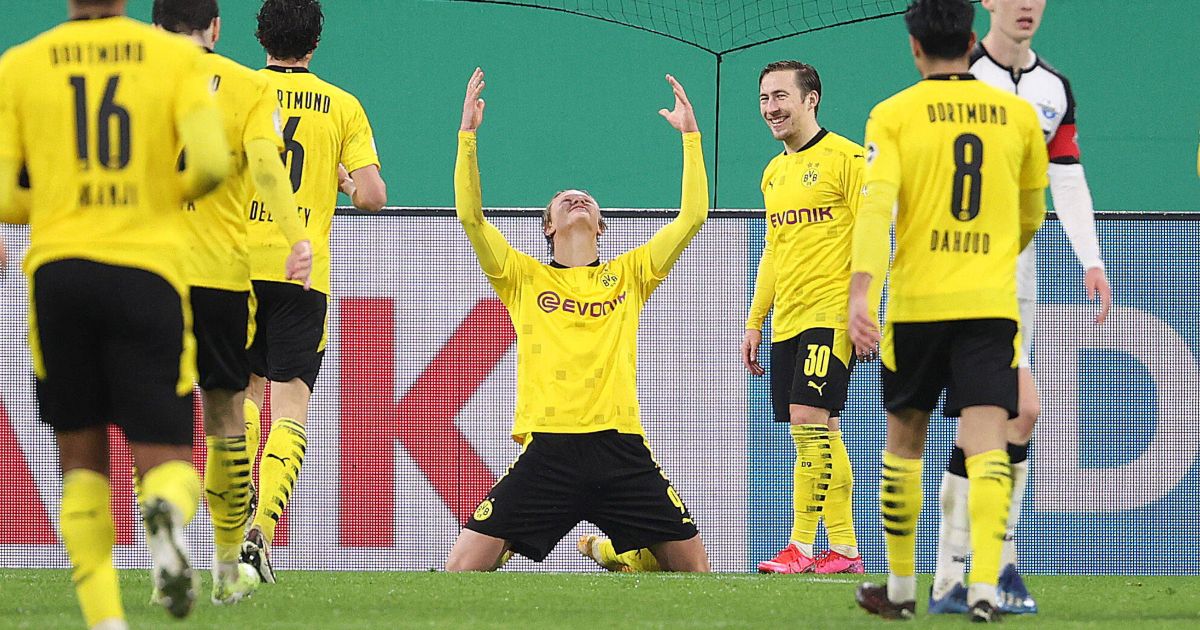 City are confident they will win the race to sign Erling Haaland this summer, while Chelsea are in for a defender…

CITY KNOW HOW TO WIN HAALAND RACE
Manchester City are convinced that they will win the race for Borussia Dortmund striker Erling Haaland if they win the Premier League title this season, according to reports.

The Norwegian striker – who has scored 38 goals in 39 games for Dortmund – was a target of Chelsea under Frank Lampard and their interest hasn’t wavered despite the change of manager. It is thought that the Blues hierarchy think Timo Werner would benefit from playing alongside another striker, with the Chelsea hierarchy identifying Haaland as the man for the job.

However, City are very much in the race to land Haaland too with a report on Friday saying that City will offer £100million and wages of £400,000-a-week to lure the striker to the Etihad. And now the Daily Star claims the Citizens are confident of landing Haaland if they win the Premier League title this season.

City ‘believe winning the Premier League this season will help them beat Chelsea to the signing’ after Pep Guardiola ‘made Haaland his No.1 choice to replace Sergio Aguero. Clubs can wait until 2022 to trigger a £68m release clause for Haaland but City will try their luck this summer with a £100m offer.

City, who are three points clear at the top of the Premier League with a game in hand, are ‘becoming increasingly confident of being able to lure the Norwegian international to the Etihad before the start of next season’.

WE’RE ALABA THAT
New Chelsea boss Thomas Tuchel is keen to see the Blues sign David Alaba on a free transfer this summer, according to reports.

The Austria international is out of contract in June as he aims to engineer a move away from Bayern Munich, putting Europe’s elite clubs on high alert, with one of the world’s best defenders available on a free transfer. Chelsea recently benefitted from a similar situation that saw Thiago Silva join from Paris Saint-Germain and Tuchel is keen on Alaba.

The Guardian claims that Tuchel is making ‘plans to reinforce his defence this summer’ and Chelsea ‘will try to hijack Real Madrid’s move for’ Alaba. The Blues ‘are prepared to enter the race for 28-year-old’ despite Real still being strong favourites to tie up the deal. It is understood that Tuchel ‘admires’ Alaba and ‘feels that the area needs strengthening’.

AND THE REST…
Manchester United manager Ole Gunnar Solskjaer has suggested midfielder Paul Pogba could be set to sign a new deal at Old Trafford…Mohamed Salah could be the player to make way if Liverpool are to seal a move for Paris Saint-Germain’s forward Kylian Mbappe this summer…Leicester City are in talks with midfielder Youri Tielemans over a new £100,000-a-week contract…Martin Odegaard is more likely to make a permanent move to Arsenal if Zinedine Zidane remains in charge of his parent club Real Madrid…Former Arsenal winger Marc Overmars is interested in a return to the club as director of football.