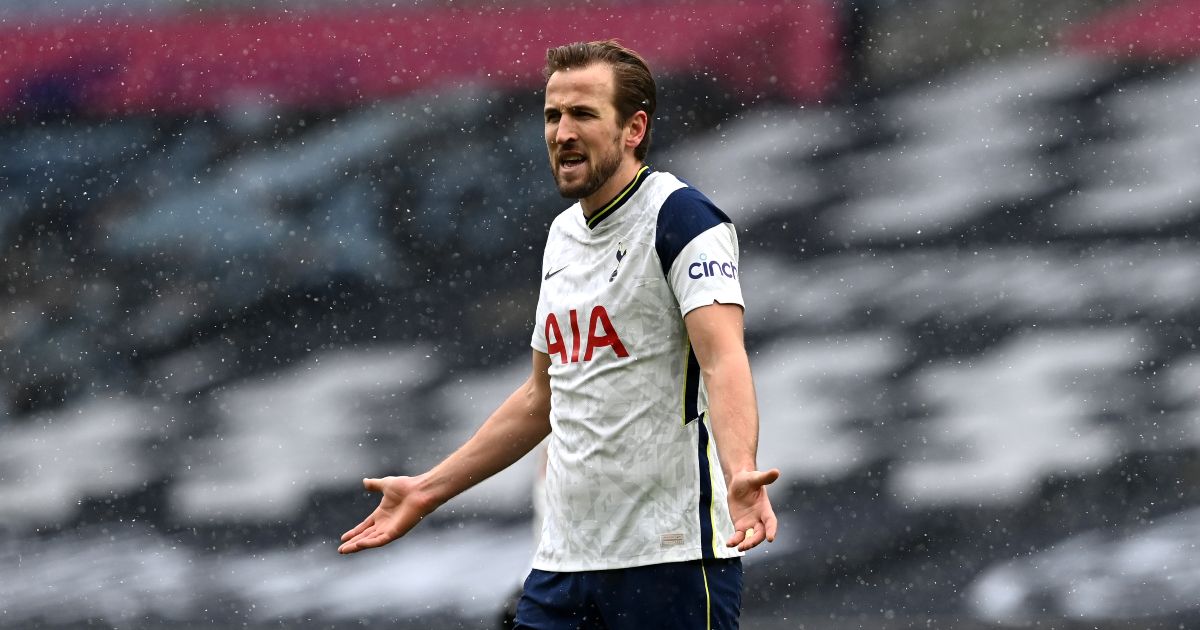 Manchester City are still miles short of Spurs’ valuation of Harry Kane, while a journalist has made a shock transfer claim about Liverpool…

MILES APART
Manchester City are still a long way off sealing a deal to sign Harry Kane from Tottenham this summer, according to reports.

The England international clearly wants to leave the club this summer in his search for silverware. Kane, who has scored 221 goals in 336 appearances, has spent eight years as a regular in the Spurs first team but his time in north London has yet to yield a single trophy.

Man City are his only option this summer with Tottenham’s Premier League rivals the only side able to stump up the cash. Daniel Levy has so far stood firm and rejected any advances from the Citizens with rumours he is looking for at least £150m before he even starts negotiations.

Kane was left out of the squad for Nuno Espirito Santo’s first Premier League match against City last weekend and the squad which lost 1-0 to Pacos de Ferreira on Thursday. It remains to be seen if Nuno includes him in the side to face Wolves today but a move away from the club looks far from complete.

The Daily Mirror claims that Man City are ‘still £50m short of meeting Tottenham’s £150m valuation’ with Levy ‘refusing to cave in on Kane’s demand to be allowed to leave’. The Citizens are ‘still to improve on their opening offer of £100m’ and Spurs have ‘no interest in taking any players as makeweights to sweeten the deal’.

Transfer expert Fabrizio Romano claimed City were ready to make a new bid of £127m for the 28-year-old, while another report later last week said City are ‘prepared to go to £150m’ for Kane.

However, the Daily Mirror insists that City would be ‘tearing up the £200million budget they set to add Kane and Jack Grealish’ if they went over their original £100m offer.

BACK TO ANFIELD
A Spanish journalist has claimed that Liverpool are interested in bringing Philippe Coutinho back to Anfield this summer.

The shock claim was made in Spanish newspaper Mundo Deportivo (via Sport Witness) with journalist Lluís Canut insisting the Reds have made an attempt to sign the Brazilian this summer. Canut said that Coutinho ‘has been probed by Liverpool, to live a second stage’ at Anfield despite previous denials by the Premier League club that they have ever been interested in re-signing him.

Liverpool made a £100m profit on Coutinho after selling him to Barcelona in 2018 – but the 29-year-old has had less fortune in Spain, only making 14 appearances in all competitions last term. Since his departure, Jurgen Klopp has led Liverpool to Premier League and Champions League glory.

Barca are hoping to negotiate a salary reduction for Coutinho and his team-mate Antoine Griezmann as they continue to battle against mounting debt and La Liga rules.

AND THE REST…
David Beckham has held talks with Lionel Messi about joining Inter Miami when his Paris Saint-Germain contract expires in 2023…West Ham midfielder Declan Rice is unhappy at the £100m price tag the club have put on him, effectively pricing him out of a move this summer…AC Milan want to sign Manchester City midfielder Bernardo Silva in £45m deal…Fiorentina striker Dusan Vlahovic is Tottenham’s top target if Harry Kane leaves this summer…Tottenham turned down a swap deal involving Bayern Munich midfielder Corentin Tolisso that would have seen Tanguy Ndombele join the Bundesliga giants.