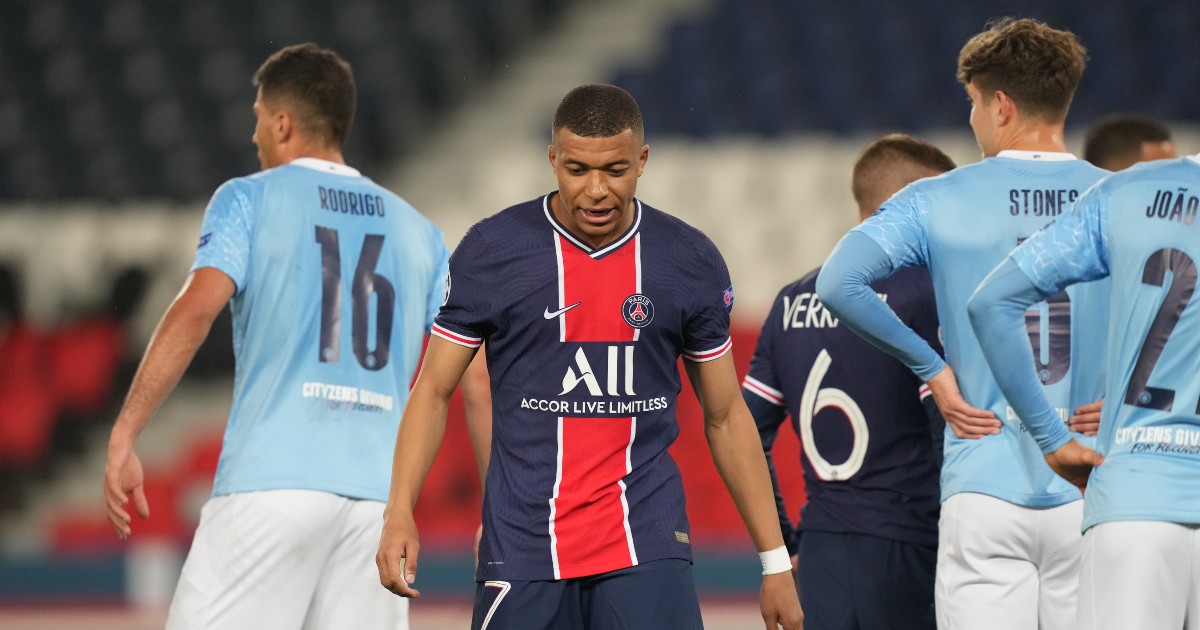 Anthony Martial to Borussia Dortmund would suit Manchester United perfectly. But Kylian Mbappe could be headed to the blue side of the city.

IN FOR THE KYL
It seems as though Kylian Mbappe’s future is set in stone. One more year at Paris Saint-Germain, making do with playing alongside Lionel Messi and Neymar every week, before jumping ship to Real Madrid on an incredibly lucrative contract as a free agent.

But Manchester City are here to introduce spanner to works. Ian McGarry and Duncan Castles of The Transfer Window Podcast have a scoop and it is right here:

“From the very top – and I mean the very top, that is Sheikh Mansour – there is a mandate that has been given to the club that they should pursue and indeed compete with Real Madrid for the signature of Kylian Mbappe.

“We’re told that City, having obviously been embarrassed by the Harry Kane debacle in the last transfer window when they pursued, the player wanted to go, but they failed to get him, that the club now want to make sure that they do get a top-class striker to augment their squad.

“Mbappe, of course, is out of contract at the end of this season. It’s well-known that he wants to play for Real Madrid. It’s also the case that he is tempted by playing in the Premier League.

“Manchester City would be prepared to try and sign him – and this is a direct bit of information – at any cost.”

McGarry even moots the idea of City lodging a bid in January, “which Real Madrid are not prepared to do,” as well as “beating Madrid to a bigger contract offer in next summer’s window” if necessary.

“That is how ambitious they are with regards to recruiting the player,” it is added. Liverpool, of course, are skint so probably won’t get a look in. That is unlikely to stop some from desperately willing it to happen.

RUD HEALTH
The crown of ‘one of the highest paid defenders ever’ might be about to change hands. Not sure who holds it right now. Maybe Sergio Ramos? Virgil van Dijk will be up there. Antonio Rudiger is better than both right now.

He wants a wage to reflect that and with his Chelsea contract expiring in summer 2022, the time to capitalise on his increased worth might be upon us. Bayern Munich and Juventus have a history of picking up excellent free agents and both ‘have a monster pay packet waiting’ for the German centre-half.

The Daily Mirror add that Rudiger ‘is keeping his options open’ as Chelsea’s post-season offer of £130,000 a week was not nearly enough. Considering the number bandied about is closer to £400,000, you can see why he thinks that.

MARTIAL AWE
It seems as though Anthony Martial is facing a fight for his Manchester United future and there is nothing in the forward’s “horrible” body language that suggests he is up for it. He is barely playing, not taking his chances when he does and Neil Custis could score the few he puts away.

A solution that could suit all parties is reported by 90Min. They say Martial ‘is under consideration’ to replace Erling Haaland at Borussia Dortmund next summer. The Germans will be powerless to reject offers that meet Haaland’s release clause so alternatives are being sourced already.

Dortmund ‘believe they could kickstart Martial’s career’ and Manchester United ‘could accept an offer equivalent to what they paid Monaco for him in 2015’.

They ‘could’? They should be sodding delighted to get anything close to £36m at this stage.