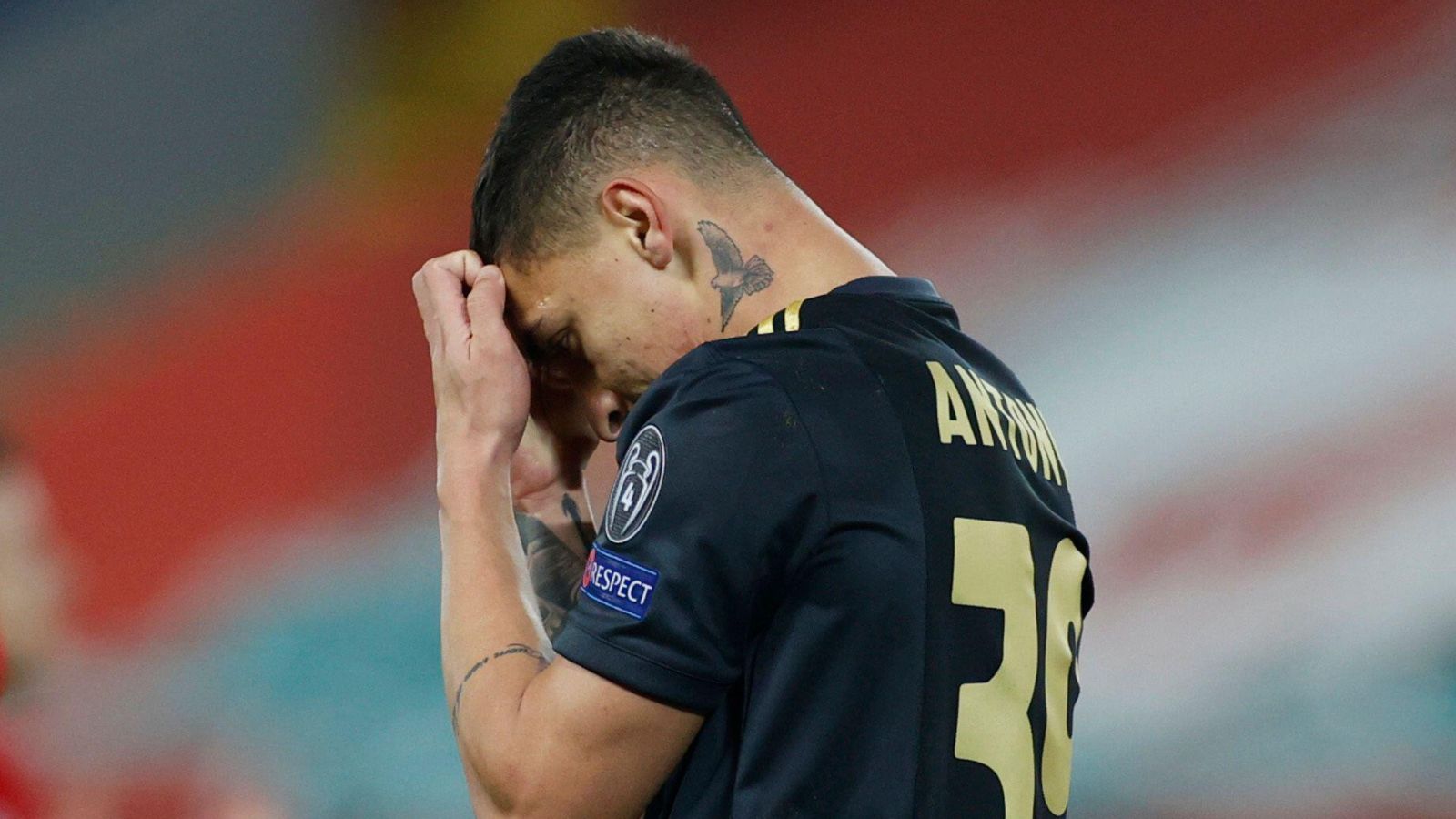 ANTONY TO MANCHESTER?
The cheek of The Sun claiming this story – featured in various places in recent weeks, including these pages – as an exclusive might well be covered in Mediawatch later but this is the gossip column and we must bring you the gossip.

‘ERIK TEN HAG plans an early return to Ajax for Brazilian winger Antony,’ says The Sun, who describe him as a ‘samba star’ in the second paragraph because of course they do. ‘SunSport sources say Ajax would not be difficult to deal with provided they get a realistic offer — in excess of £50million — for one of the world’s most exciting young talents.’

We imagine they ‘would not be difficult to deal with’ if a club offered over £50million; The Sun themselves said ‘Antony could cost any potential buyer upwards of £30million’ just two weeks ago.

MADRID WANT CHELSEA PAIR
It seems Real Madrid were so impressed with Chelsea’s fight in Madrid last week that they want to sign two boys in blue: Reece James and Antonio Rudiger.

‘Real Madrid boss Carlo Ancelotti has placed defender Reece James high on his list of transfer targets and will test the resolve of Chelsea’s new owners to keep him in the summer,’ say the Mirror, while ESPN claim that ‘Real Madrid are assessing the possibility of signing Antonio Rudiger on a free transfer’.

They are saving a boatload of money by not signing Erling Haaland and his reported wages and instead targeting Manchester United old man Edinson Cavani on a free transfer.

WEST HAM TARGET POPE
‘West Ham United are weighing up whether to try to sign Nick Pope as their goalkeeper for next season or to make Alphonse Areola’s loan move permanent,’ say The Times. Lukasz Fabianski is leaving in the summer and the Hammers will no longer have a senior goalkeeper on their books. Pope would cost £12m while Areola would cost less as he is in the final year of his contract at PSG.

West Ham also want a left-sided centre-back, a central midfielder and a striker. The names mentioned in the report are Sven Botman, Nathan Ake, Kalvin Phillips and Darwin Nunez, but most of those players have suitors with far greater pull than the Hammers.