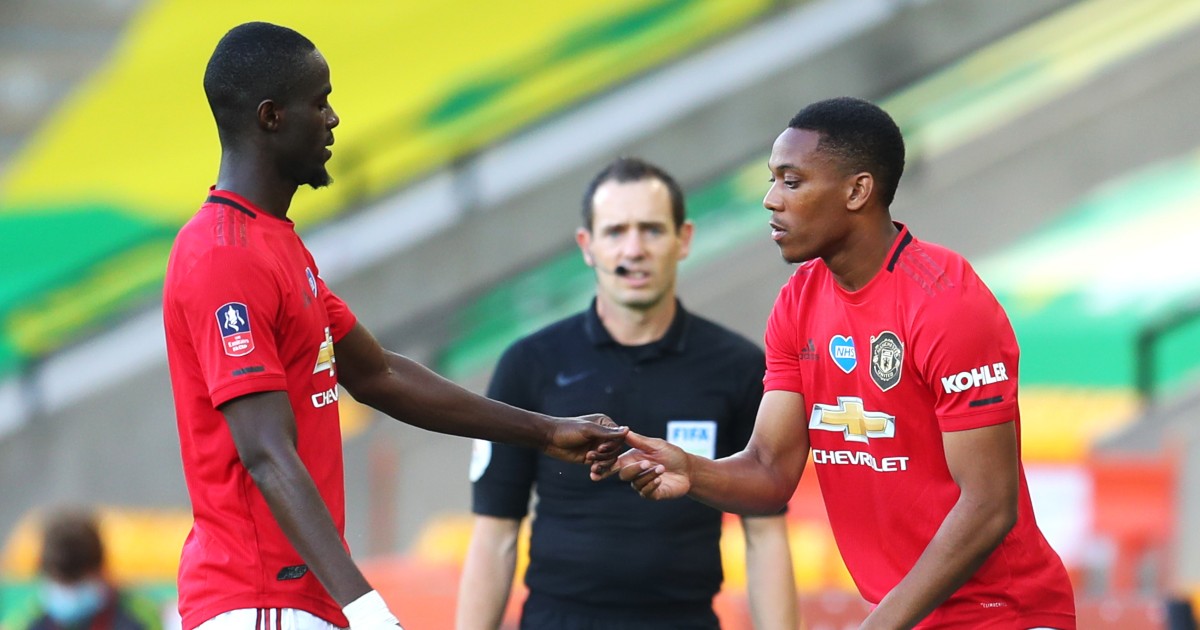 Selling Daniel James to Leeds took so much out of Manchester United that they simply could not comprehend letting four more players go.

FRENCH FANCY
Manchester United had a solid transfer window, didn’t they? Raphael Varane and Jadon Sancho were long-term targets. Cristiano Ronaldo was a bonus. They even turned a profit on lovely little Daniel James.

They might have been even busier on deadline day had Lyon and Everton got their way. The latter had an approach for Donny van de Beek blocked by Ole Gunnar Solskjaer, with the Ligue Un side going cap in hand to Old Trafford for two players.

French newspaper L’Equipe, with thanks to Sport Witness, say Lyon contacted representatives of Anthony Martial to try and arrange a loan move, only for the striker to turn his former club down.

Undeterred by that rejection, Lyon also asked for Eric Bailly but Foot Mercato claim that move was ‘too complex to finalise’ and so they turned to Jerome Boateng instead.

Martial is at least playing for now. Bailly is yet to truly discover his place in the central-defensive pecking order.

TRAORE TRAIL GOES COLD
It was thought that Adama Traore might have been involved in one of the biggest deadline day stories but his protracted move to Tottenham simply never gained traction.

The £50m price tag Wolves placed on the winger seemed to have the desired impact, dissuading Tottenham from following up on their interest as they preferred to spend half as much on Emerson Royal before mutually terminating the contract of Serge Aurier.

They did try for Traore, however. David Ornstein of The Athletic claims that a £30m bid was rejected by Wolves on Monday and ‘Spurs did not come back with a further offer on Tuesday’. Football365 sources claim they’ll be making love by Wednesday.

COSTLY KYL
Real Madrid also made an offer of £171.7m for Kylian Mbappe, who has one year left on his PSG deal and can sign a pre-contract with another club from January onwards.

Not sure which club looks more ridiculous here: the one that has been pleading poverty all summer or the one that can, according to The Guardian, ‘decline to respond’ to the second biggest transfer fee ever because money is an infantile concept to them.

Football is stupid. Nature is healing. Enjoy your day.