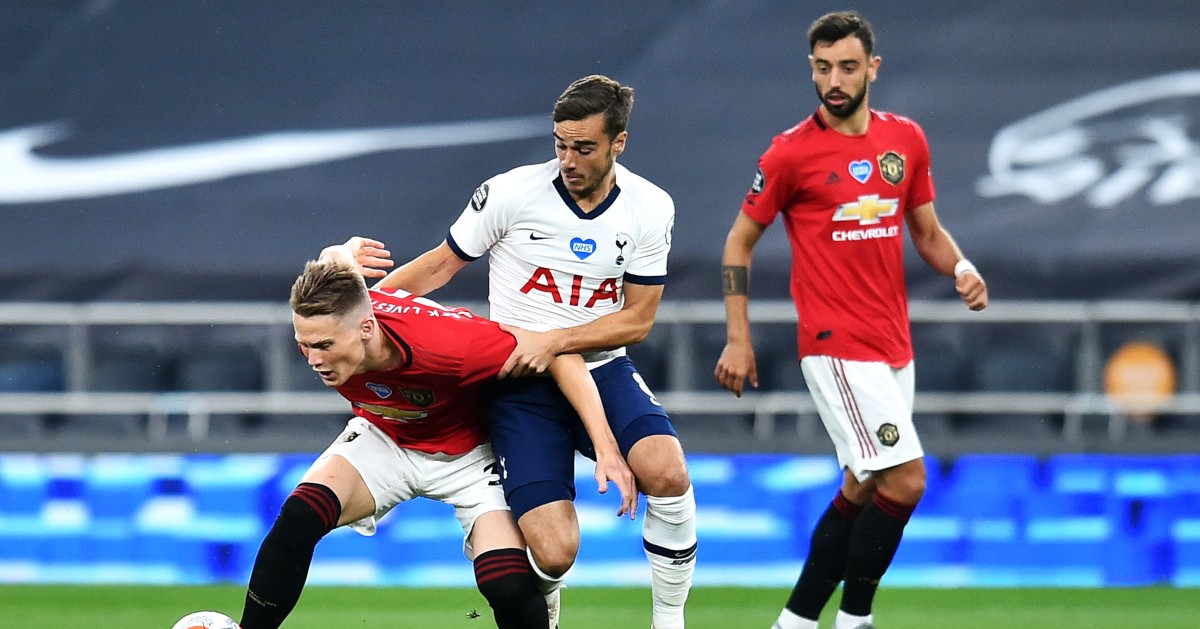 Tottenham are yet to appoint a manager but might spend some of the summer fielding interest in Harry Winks from Manchester United. Well OK.

NAUGHTY WINKS
The uncertainty surrounding Paul Pogba’s future at Manchester United could still rumble on for the next year. The Frenchman’s contract at Old Trafford expires in summer 2022 yet there are no indications as yet that the club will orchestrate a sale to ensure they get a transfer fee of some sort.

Perhaps the wise move would be to sign a replacement first before offloading Pogba, thus preventing the typical value inflation selling clubs put in place when they know the buying team has just received a sizeable windfall. Tottenham might be a step ahead of Manchester United, mind, by setting a price of £25m for Harry Winks.

It remains to be seen whether that deters Ole Gunnar Solskjaer from pursuing the midfielder but a Stretty News exclusive claims the club’s ‘recruitment team are big admirers’ of the England international.

Negotiations are said to be at an incredibly early stage – the selling club has no manager, after all – but Daniel Levy is ‘open’ to a deal if his £25m ‘demand’ is met. Valencia have shown an interest in the past, as did Manchester City last August.

MATA OF FACT
Manchester United will be busy this summer regardless. Jadon Sancho is a target once more and the Premier League’s retained and released lists show that contract talks are underway with some current squad members.

Sky Sports have diligently spotted that Juan Mata and Lee Grant have been offered new deals to stay at Old Trafford. The former had the typical option inserted into his clause for Manchester United to activate a one-year extension, while Grant is yet to play in the Premier League since joining in 2018 but is valued behind the scenes.

Sergio Romero will finally be granted his wish as the 34-year-old bids farewell, while Joel Pereira is also on his way out.

YURI SMELLERS
It seems that Gabriel Martinelli has made quite the impact at Arsenal as the north London club would quite like to try and replicate his success. The 19-year-old has impressed since joining from Ituano in Sao Paulo two years ago and the hope is that Internacional’s 20-year-old forward Yuri Alberto could do similarly well.

He is being watched by both Barcelona and Arsenal, according to Globo Esporte, who add that the Gunners have been interested since 2017. They liked him before he was cool, basically.

The belief is that he could fetch as much as £12.8m in the current market, which is hardly outlandish when you consider he has seven goals in 20 games this season as Internacional’s second top scorer. Arsenal could do with him.