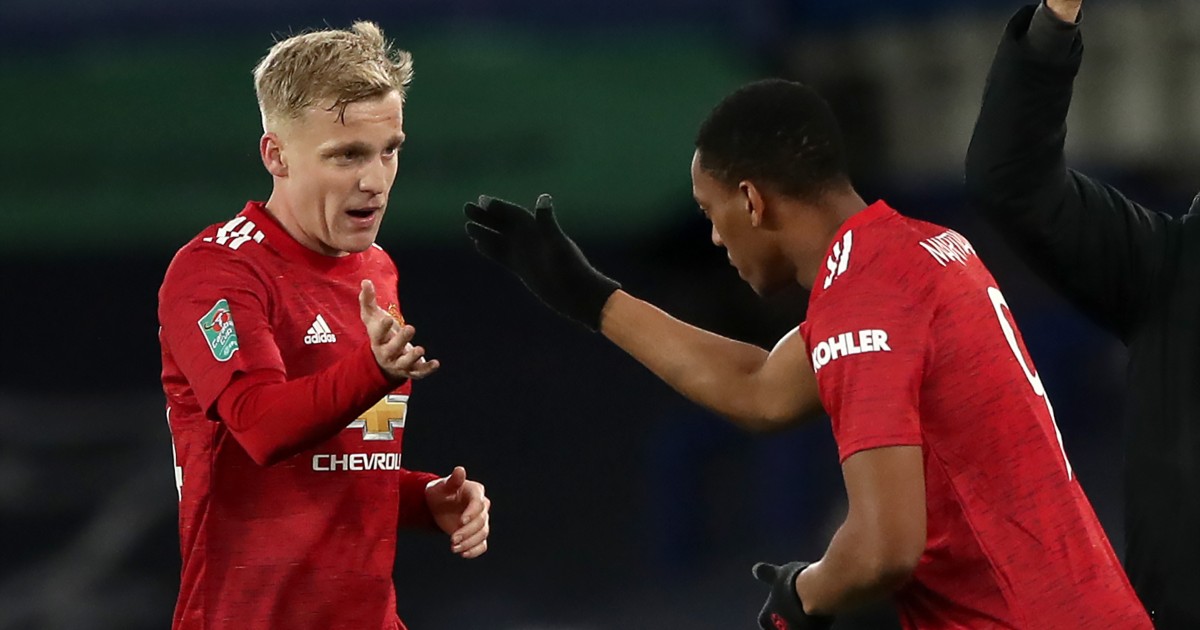 Jude Bellingham is a wanted man and Manchester United seem to think they have the advantage. Seven players could be sold to make room.

HEY JUDE
It feels like a matter of time before Jude Bellingham changes the Premier League landscape. The only thing yet to be decided is which club will be fortunate enough to have him. The 18-year-old is predictably not short of admirers.

Liverpool have been linked previously, while both Chelsea and Manchester City are understandably interested. But it is Manchester United who seem to have the most confidence of landing the midfielder.

They missed out on Bellingham when he turned them down in favour of Borussia Dortmund in summer 2020, but The Sun believe their ‘efforts to woo’ him then ‘may have laid the foundation for a sensational swoop’.

Manchester United wheeled out Sir Alex Ferguson on a nostalgia-fuelled tour of Old Trafford, designed to entice Bellingham more than a year ago. They even promised regular first-team football to a player who was then just 16. Dortmund won out in the end but a Sun source says: “The ground work they put in has made a lasting impression on Jude and his family.”

That anonymous soul adds: “His memories from that day and the interactions he had with the club are extremely fond ones. United did everything right so maybe in the future that will work in their favour.”

Considering the headline details how United are ‘in pole position’ and the opening paragraph claims they have ‘stolen a march’ on everyone else, it is a surprise to learn that they only “maybe” have the advantage.

THE MAGNIFICENT SEVEN
They will have to sell players before doing anything, of course, as Bellingham is likely to cost a fair whack. The fella has just under four years left on his contract and seems happy enough being mint in Germany.

But Manchester United are planning well ahead and up to seven players could be offloaded to raise funds. The Sun seem to have the inside track as they report that ‘a clear-out starting from January’ has been planned.

They name Donny van de Beek, Jesse Lingard, Phil Jones, Eric Bailly, Anthony Martial, Diogo Dalot and Alex Telles as players who ‘are among those who may be sold’. Manchester United bought that septet for £160.1m. They probably won’t get all of their money back, you know.

It would be harsh on a number of players, not least perhaps the best right-back in their squad.

KEITA TO YOUR NEEDS
As scarce as it is on actual detail, the Calciomercato update on Naby Keita’s future does at least get straight to the point. The entirety of the story’s translated contents are here:

‘Due to expire in 2023, midfielder Naby Keïta is negotiating the renewal of his contract with Liverpool.’

It seems only right to add an extra few grand as remuneration for his lovely effort against Crystal Palace. Jurgen Klopp rotated to perfection, Keita came off the bench to score and any suggestion that Liverpool want rid seems to be wide of the mark.