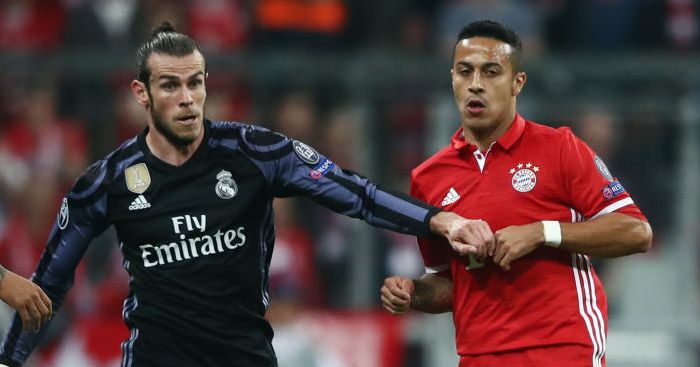 Manchester United have been given hope of striking a previously ‘impossible’ deal. Liverpool have a Thiago Alcantara plan.

ALL A LOAN
It remains hilarious that Manchester United still leak the exact same line to the exact same journalists at the exact same time. Not quite as funny as them starting this summer swinging their dicks about in the belief they would easily sign Jadon Sancho, but humorous nonetheless.

The sheer shock at Borussia Dortmund deciding not to lower their valuation of a coveted international with three years left on his contract has led Manchester United to genuinely target Gareth Bale. It seemed strange when it was claimed over the weekend but is now presented as entirely plausible by Sky Sports, who refer to him as “an option”.

It is said that Manchester United ‘are actively looking at alternatives to Sancho’ and Bale could fill that role for a season, with the player ‘open’ to any official Premier League overtures. He is just ‘desperate’ to play.

The Times add that while such a deal ‘had previously been deemed impossible,’ Manchester United could well pursue it even with ‘an acceptance that it is unlikely to happen’. His Real Madrid wages would ‘prove problematic’ but the Daily Mail say the Spanish club could subsidise up to half of that.

ZIZOU DO YOU THINK YOU ARE?
Real themselves were once thought to be an obstacle to Bale’s departure, the club understandably preferring a permanent exit rather than a loan. But Cadena SER report that they would no longer ‘see the operation in this market with bad eyes’.

His poor relationship with Zinedine Zidane, as well as Real’s refusal to use him in pre-season, mean ‘the solution of the loan in the face of the foreseeable ostracism ahead… would satisfy all the fronts involved.’

BAYERN TIME
Liverpool might therefore be left alone in their attempts to blackmail Bayern Munich. The links with Thiago Alcantara will not go away so easily.

Alex Crook of talkSPORT is responsible for flogging this particularly dead horse. This gossip column knows not how reliable he is, but he doesn’t even have a verified tick on Twitter. How incredibly embarrassing.

Regardless, he believes “it’s going to go right to the wire” between Liverpool, Bayern and Thiago, and that “I’m not expecting a bid to come in probably until the final week of the window.”

Oh good. All this to “force” down a £27.7m asking price. Gary Neville and Graeme Souness want it done – Wayne Rooney does not – so Michael Edwards had better pull his finger out.