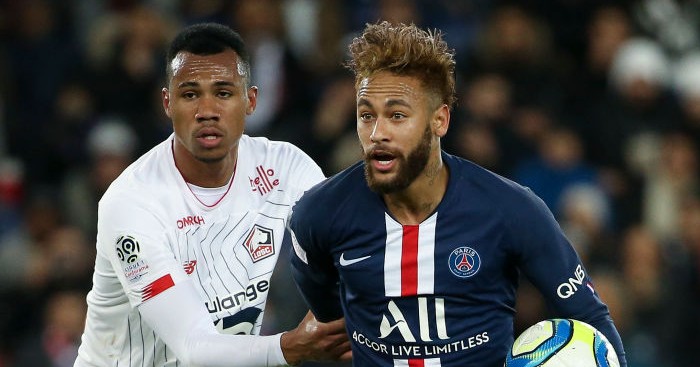 OBLAK SHEEP
If you assumed Ole Gunnar Solskjaer would pick between two simple goalkeeping choices for next season, think again. While option A is David de Gea and option B is Dean Henderson, Manchester United have added an option C in Jan Oblak.

Confirmation that Rio Ferdinand is already their sporting director.

It seems unlikely that a player with a £109m release clause would be targeted by a club in greater need of reinforcements in other positions. That would surely ostracise the younger Henderson and leave them with De Gea on a mammoth wage. Oblak is brilliant but not cheap.

Yet The Sun insist Manchester United ‘are keeping tabs’ on the situation, have requested ‘to be kept in the loop’ and believe Atletico could accept ‘a lower figure’ for a player who is ‘open to a fresh challenge’.

Oblak’s ‘potential availability’ provides ‘an exciting alternative’ to a club facing goalkeeping uncertainty for the first time in almost a decade. While a specific fee is not mentioned, it is worth at least exploring the possibility. If not just to piss off Chelsea.

ANGEL GABRIEL
With that said, the Daily Record deliver a more feasible rumour. Manchester United have ‘asked to be kept informed of offers’ for another player: Gabriel Magalhaes.

It was assumed at one point that the Lille centre-half was bound for Everton. Chelsea have also been heavily linked, while Arsenal failed to persuade the Brazilian to move to north London with an offer of playing alongside Shkodran Mustafi.

Napoli and Inter Milan round off the main clubs competing for Gabriel but Manchester United want ‘a left-footed defender capable of building play from deep to broaden the team’s strategic options’.

In other words: an improvement on Victor Lindelof.

Lille will encourage a bidding war that lands them more than €25m (£22.8m). And so they should.

WILF PACT
It’s that time of year again: Crystal Palace will sell Wilfried Zaha in the event that someone makes ‘an acceptable offer’ for his services.

This comes from The Times, who introduce an almost immediate spanner to the works. Zaha and his representatives ‘hope’ that a ‘realistic’ bid of £30m to £40m would be enough, but ‘it is possible’ that Palace ‘will want more’.

The relationship between the two parties ‘remains healthy’ but the list of potential suitors has seemingly been shortened after a relatively poor season for the winger. Zaha has four goals and three assists this season and Arsenal, Everton and Chelsea all look to have moved on. He might be stuck there forever.