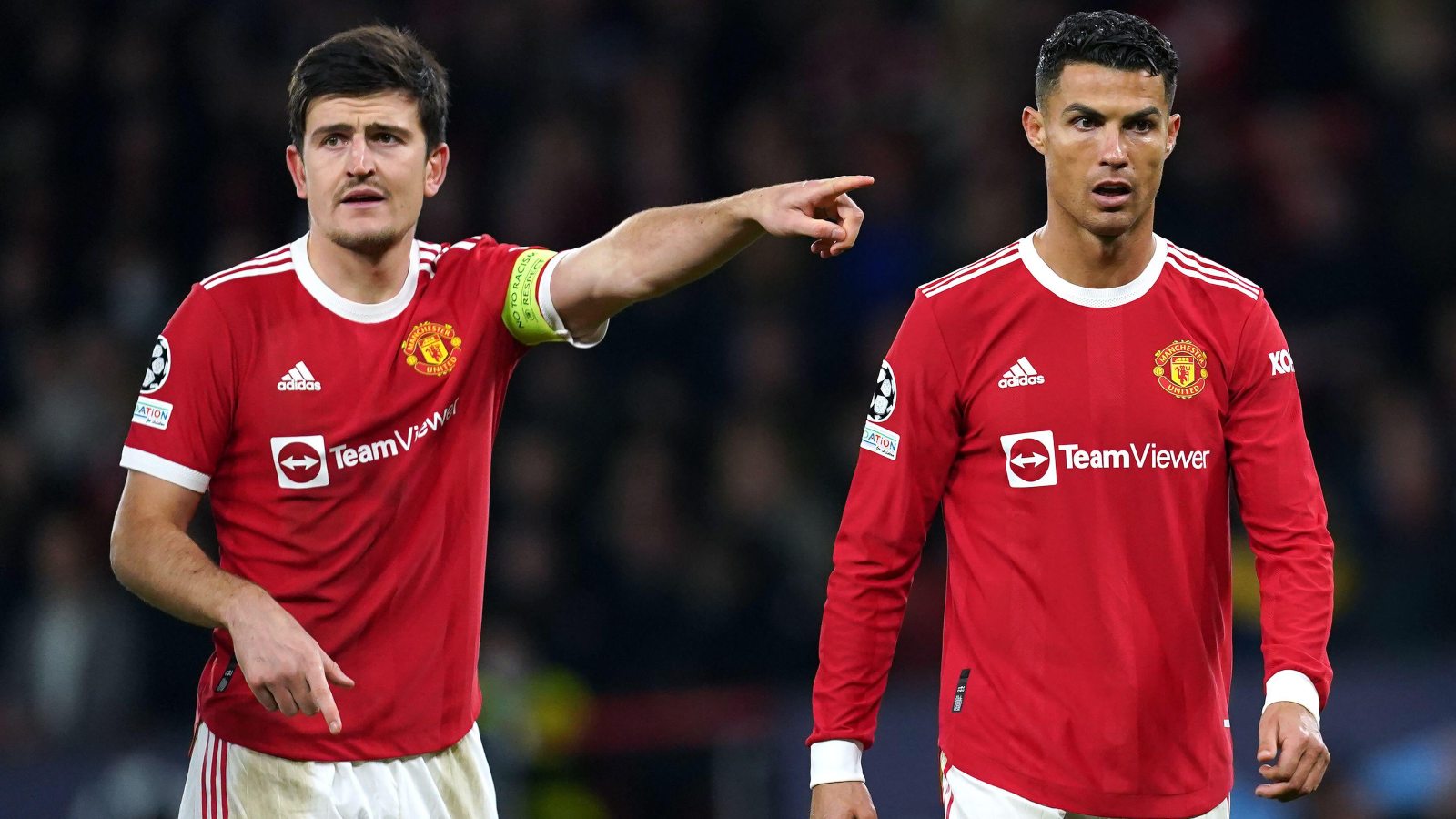 MANCHESTER UNITED TRANSFER LATEST
Ronaldo is not for sale. That’s the first thing Manchester United clearly want to establish after the weekend brought talk about Chelsea interest in the Portuguese striker. They immediately told everybody that would listen that Ronaldo would be staying at Manchester United for at least the final year of his contract.

As Sky Sports report: ‘His agent Jorge Mendes met Chelsea’s new co-owner Todd Boehly last week and Ronaldo was mentioned during the meeting, but new United manager Erik ten Hag has confirmed that Ronaldo is part of his future plans.’

Also part of Ten Hag’s future plans is Frenkie De Jong, who is expected to join United after a £69m fee was reportedly agreed (without some added Harry Maguire), while the club remain ‘hopeful’ that Christian Eriksen will choose them over Brentford.

Then there’s Ajax pair Lisandro Martinez and Antony and Sky Sports report that ‘there is a growing feeling Antony wants the opportunity to talk to United about a move, but both are difficult deals to do’.

DEMBELE UNIMPRESSED WITH CHELSEA
It seems that Ousmane Dembele thought he would get a massive pay-day at Chelsea because he is available on a free transfer but has been left disappointed that the Blues are not about to throw all of the money his way. According to Spanish publication SPORT, Dembele and his agents ‘thought that Chelsea would bet much stronger, but the simultaneous signing of Raheem Sterling has reduced his salary and everything is up in the air’.

Chelsea will offer a signing-on bonus but again, that’s not as hefty as the Frenchman expected, so now he is wondering whether he should just stay at Barcelona on less money and save himself the bother of having to readjust to a new city, language and league.

WEST HAM SHOW AMBITION
It’s certainly optimistic. According to the Guardian amongst others, ‘West Ham have approached Villarreal about signing Arnaut Danjuma’. The Dutchman has attracted interest from across Europe among many Champions League clubs so quite how the Hammers can lure him with Conference League football remains to be seen.

And their ambition does not stop there, with David Moyes also pursuing a £30m move for Chelsea’s Armando Broja, who impressed on loan with Southampton last season. They are likely to have far more luck with their attempts to sign Jesse Lingard, who is a free agent after being released by Manchester United this summer.