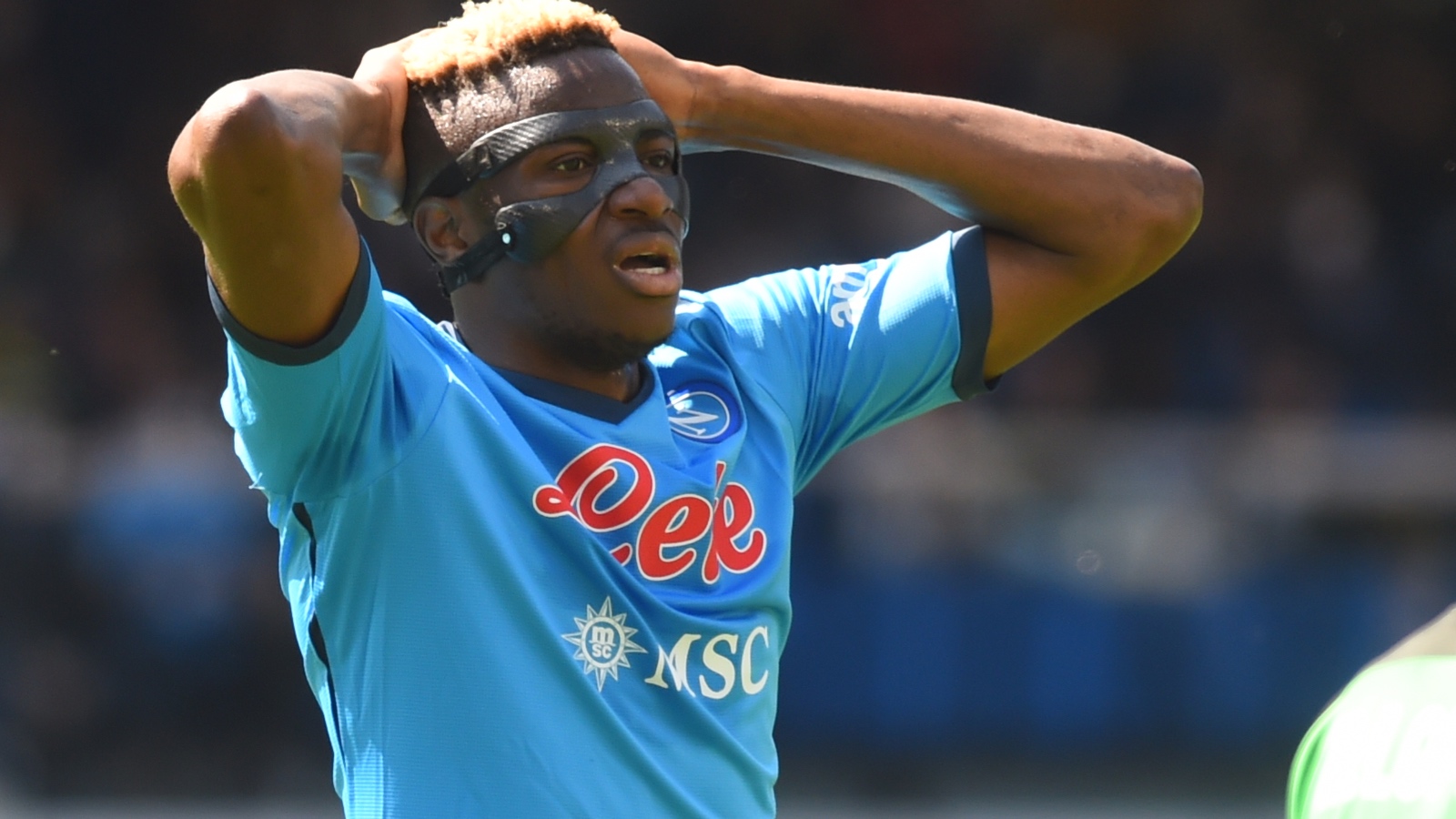 TO THE VICTOR THE SPOILS
News has not reached Italy that neither Manchester United nor Newcastle United will be spending silly money this summer as calciomercato.com report that Napoli striker Victor Osimhen is a target for both clubs and he will cost somewhere north of £85m, which seems a tad steep for a player who has scored 13 goals in Serie A this season.

There is no suggestion that the Nigerian wants to leave Napoli but there is a rather large suggestion that Napoli would quite like to cash in on the Nigerian – who does not remain ‘indifferent’ to interest from Manchester United – and replace him with the rather cheaper Armando Broja, who has impressed on loan from Chelsea at Southampton this season.

NKUNKU IN DEMAND
Scoring 34 goals in 50 appearances earns you rather a lot of interest and Christopher Nkunku is suddenly the subject of an awful lot of interest – from Manchester United but also from Chelsea, who rather like the look of a RB Leipzig double with Nkunku and Josko Gvardiol on their radar.

Gvardiol is a centre-half they desperately need but interest in Nkunku is particularly fascinating the summer after they bought Romelu Lukaku for basically £100m. But Manchester United remain very interested in Frenchman Nkunku, with Sky Germany claiming that Ralf Rangnick is a particular fan of the striker.

GNABRY TO ARSENAL?
Sticking with Germany, there are claims from Ekrem Konur that Arsenal ‘have Serge Gnabry on their short transfer list’. The German youngster left the Gunners six years ago but is now said to be reluctant to extend his contract with Bayern Munich, who want to keep a player who has scored 17 goals this season.

It will be fascinating to see who Arsenal can attract this season, with Raheem Sterling and Gabriel Jesus among those strongly linked. Being part of a team that already boasts Bukayo Saka, Emile Smith Rowe, Martin Odegaard and Gabriel Martinelli could prove a strong lure to players at supposedly bigger clubs.