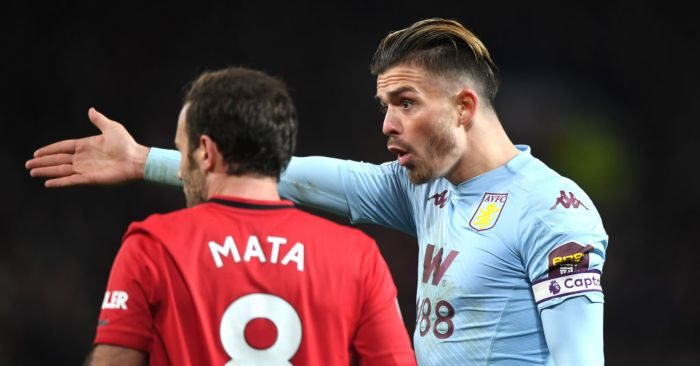 Pogba has told Man United teammates he wants to leave. And they ‘understand’. Grealish is coming in.

POG OFF
Those few days without a Paul Pogba update were pretty fun. A player with no Premier League starts since September and more than a year left on his contract has never generated quite as much speculation and debate over whether his side is better off with or without him.

The Manchester Evening News are less appreciative of the relative silence, so are here to tell us that Pogba ‘has told teammates he still wants to leave’ this summer.

They cite ‘dressing-room sources’ as saying that Pogba’s ‘head is not currently at the club’, with most players believing ‘it is in United’s best interests’ for him to leave. They ‘understand his stance’, too.

United valued Pogba at £180m last summer but a couple of factors ‘are causing the Frenchman’s re-sale value to dwindle’. His injury record this season, and a contract that expires in 2021 – although United have an automatic one-year extension – will likely see that price come down. To what, who knows?

FEATURE: Stuck with each other: 20 clubs, 20 players

GREAL OR NO GREAL
It seems United are already sourcing potential replacements. And with James Maddison close to signing a new Leicester contract, the Steven Gerrard to his Frank Lampard will be targeted.

Jack Grealish will be their priority at the end of the season, with ‘a huge summer bid’ being considered.

‘United’s hierarchy see Grealish as an exciting, young signing capable of giving them a huge lift after another tough season,’ say the Daily Mirror, who sadly offer us no potential fee or valuation from Aston Villa.

His future could depend on whether his boyhood club suffer relegation. If so, a sale becomes ‘almost inevitable’. If they stay up, offers will be ‘expected’ but far easier to reject. Even from Liverpool.

Pep Guardiola ‘does not want to make wholesale changes to his squad this summer,’ but acknowledges that improvements are particularly needed in his backline. Pau Torres (‘seen as the perfect foil for Aymeric Laporte’), Ruben Dias, Milan Skriniar and Lewis Dunk are all mentioned. They are 23, 22, 24 and 28 respectively. Dunk really is the odd one out there.

With two centre-halves coming in, two current ones will leave. And as Laporte is untouchable, Fernandinho signed a new contract recently and Eric Garcia is highly rated by management, Stones and Nicolas Otamendi are in danger.

Guardiola will also want an attacking player in the event that Leroy Sane leaves. The Times do not name any potential targets but who would bet against them challenging United for Grealish?

AND THE REST
Juventus are considering making a move for Manchester City and Germany winger Leroy Sane in the summer, with the 24-year-old also a target for Bayern Munich… Chelsea are prepared to give manager Frank Lampard £150m to spend in the summer with Lyon’s French striker Moussa Dembele, 23, his top target…Atletico Madrid are monitoring the availability of former Tottenham manager Mauricio Pochettino should they part company with Diego Simeone in the summer… Arsenal are interested in Feyenoord and Turkey Under-21 midfielder Orkun Kokcu, 19… Arsenal and Everton made offers for Lille’s Brazilian defender Gabriel Magalhaes, 20, in January, but did not meet his club’s valuation.

Leicester City and Newcastle United are prepared to pay £15m for Brentford and Algeria winger Said Benrahma, 24, in the summer… Athletic Bilbao are keeping an eye on the situation of former keeper Kepa Arrizabalaga after the 25-year-old Spain international was dropped by Chelsea manager Frank Lampard for the game against Leicester City… Crystal Palace boss Roy Hodgson, 72, could leave the Selhurst Park side in the summer unless he is given assurances over the club’s summer transfer plans… Matej Vydra’s agent has claimed Rangers and Aston Villa had bids rejected for the 27-year-old Czech Republic and Burnley striker during the January transfer window.