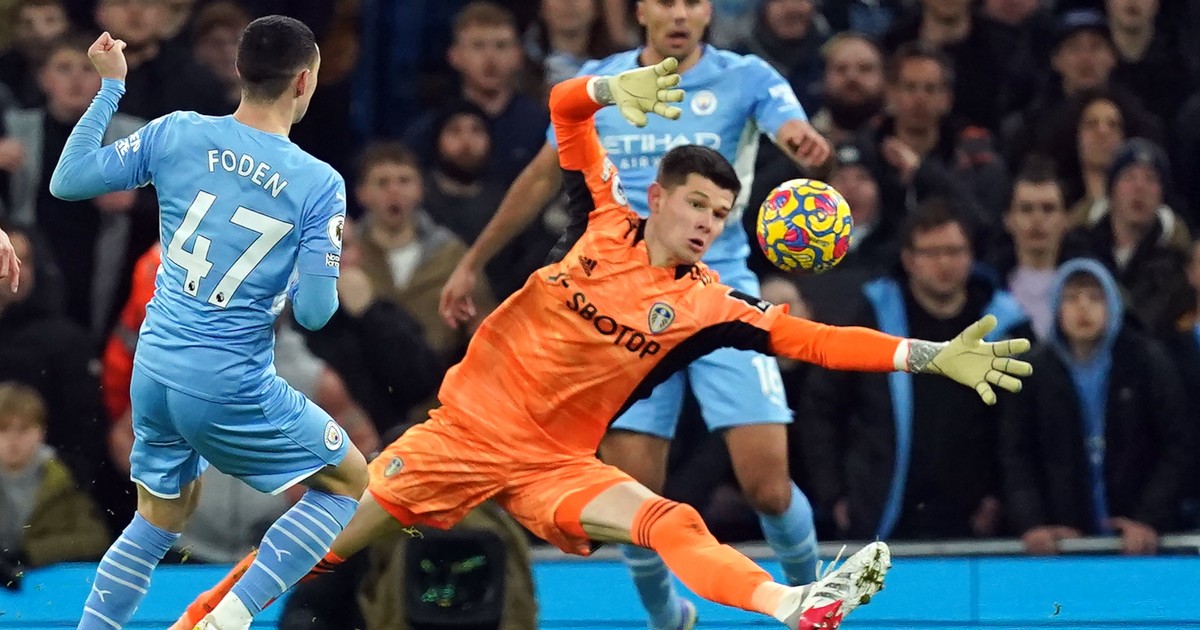 Illan Meslier chose the absolute wrong time to concede seven goals, with Manchester United watching on. And Arsenal have an Aubameyang ‘fear’.

SCOUTING FOR GOALIES
It underlines the state Leeds are in to suggest that Illan Meslier was one of their better players against Manchester City. He conceded seven goals but faced 31 shots, of which 15 were on target. This was no seven-goal thrashing because of goalkeeping incompetence.

Even so, the revelation that Manchester United sent representatives to the Etihad Stadium to watch the 21-year-old will feel like scant consolation. Tony Coton and Jim Lawlor – goalkeeping scout and chief scout respectively – were in attendance on behalf of the Red Devils, who see the Leeds stopper as ‘the best young keeper in the country’.

With the future of Dean Henderson uncertain and David de Gea having just turned 31, the Daily Mail claim Meslier ‘is seen as a longer-term target’ if a new keeper has to be sourced. Whether that has changed after seeing him pick the ball out of his net seven times in midweek is unknown.

THEY THINK IT’S ALL AUBA
Arsenal excelled without Pierre-Emerick Aubameyang against West Ham, rising to fourth in the Premier League table, but there is ‘fear’ at the north London club. They reckon they might be ‘hard-balled’ by clubs interested in their former captain.

Again, it’s the Daily Mail who report on ‘concerns behind the scenes’ at Arsenal that Aubameyang has been ‘devalued’ by the situation. The public nature of how it has been dealt with could have impacted ‘their bargaining power’.

A January sale would be considered, albeit with the acknowledgement that winter transfers are tougher to negotiate.

The other complication is that Arsenal would want a replacement before offloading Aubameyang, and their own options ‘would be more readily available in the summer’. With the 32-year-old also ‘very unlikely’ to take a pay cut, this one is going to rumble on and not become boring at all.

TOTTENHAM HAIL
Across north London, Tottenham are identifying their own targets. And they are not scared of trying to make deals happen in January: they want Lorenzo Insigne as soon as possible.

Football Italia, rehashing a La Repubblica story that we cannot find, says Insigne is ‘a potential low-cost’ option for Spurs as his Napoli contract expires at the end of the season.

Inter Milan and Lazio are interested in keeping the 30-year-old in Serie A, but Antonio Conte ‘is trying to coax’ him to the Premier League. The two worked together with the Italian national team, although Insigne only played six times under the manager, scoring once and making three substitute appearances at Euro 2016.