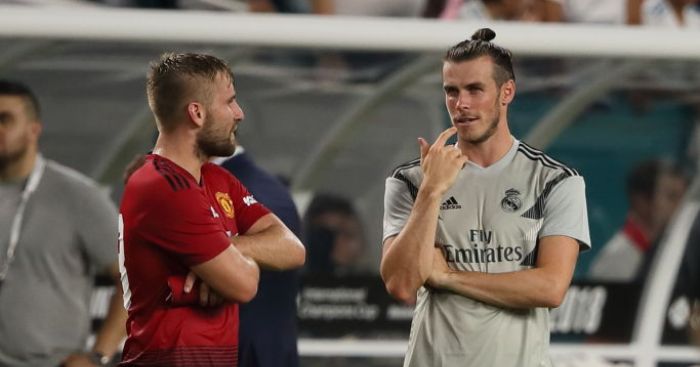 Manchester United reckon Gareth Bale ‘can make them realistic title contenders’. He’s theirs for £22m or an extortionate loan.

BALE MONEY
That list of four ‘fantasy’ signings Ed Woodward wants to make at Manchester United is three years old but no less relevant. He has grown as tired of the pursuit of Jadon Sancho as everyone else. Alternatives must be sourced.

He remains their ‘top target’ but the Daily Star tease ‘a sensational swoop’ for Gareth Bale. Ole Gunnar Solskjaer is so ‘frustrated’ that he agrees with the club’s hierarchy over the 31-year-old being a viable option. He is even ‘convinced’ that the Welshman ‘can make them realistic title contenders’.

Manchester United would ‘prefer’ the deal to be a loan with Real Madrid paying half of his £600,000-a-week wages, rather than a permanent £22m signing.

EYEBALLING PAULINHO
“I want, I need a striker,” said Jose Mourinho earlier this week. Soon after, reports of interest in Torino forward Andrea Belotti emerged. Another name has been thrown into the mix.

Tottenham fans would be forgiven for shuddering at the mere thought of being linked with Paulinho, but the Braga forward could be considerably more successful on north London than his Brazilian midfield counterpart.

90Min claim that the 27-year-old is considered to be ‘a potential solution,’ particularly at a cost of no more than £30m. Wolves were trailing the Portugal youth international themselves but Tottenham would have a clear run now.

RAYA HOPE
Arsenal are focusing on the other end of the pitch. With Emiliano Martinez seemingly headed north, a replacement must be sourced.

A sensible summer of additions will continue as The Sun suggest David Raya of Brentford will arrive for roughly half of what Martinez is sold for. Arsenal ‘will go as high as £10million’ to sign Bernd Leno’s back-up.

Raya ‘is keen’ to play in the Premier League and Brentford have already lined up another keeper: Dillon Phillips of Charlton. So everybody wins. Except for Charlton.