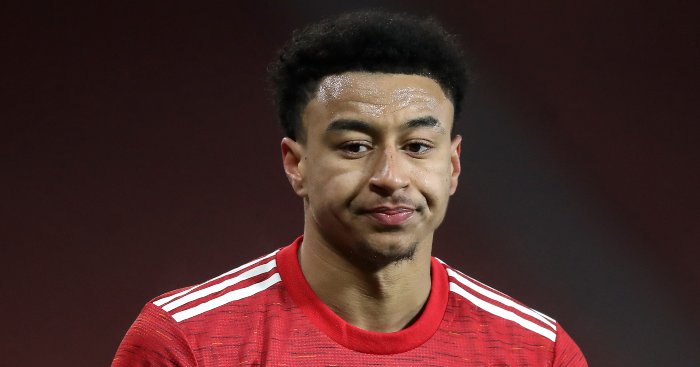 Declan Rice ‘has no interest’ in moving to Manchester United, who could at least finally offload Jesse Lingard. It’s good news for Chelsea.

INTER, THE ABYSS
Antonio Conte clearly enjoyed his two years at Chelsea. That is the only explanation for the fact the Inter Milan manager seems intent on signing anyone who was vaguely relevant in the Premier League from 2016 to 2018.

They have Matteo Darmian. They have Ashley Young. They have Romelu Lukaku. They have Alexis Sanchez. They have Aleksandar Kolarov. They even have Joao Mario and Valentino Lazaro out on loan. And they have Christian Eriksen, but want to offload him to make room for Jesse Lingard.

The Sunday Mirror says he ‘will be allowed to leave’ Manchester United after making his third appearance of the season in Saturday’s FA Cup victory over Watford. Conte’s glowing assessment of Lingard is that he ‘could do a job’ in Italy and that is literally a factual statement.

But again, it relies on their ability to get rid of Eriksen first. Ajax, Wolves and West Ham have been linked, with David Moyes also keeping tabs on Lingard while continuing his hilarious striker search.

CLEAR THE DEC
If Lingard does indeed exit Old Trafford this winter, he will not be bumping into Declan Rice on the way out. The midfielder ‘has no interest in joining Manchester United,’ with London the only place on his mind.

West Ham value Rice at £80m and have been resisting overtures from Chelsea for the 21-year-old. But it’s the Sunday Mirror again who offer a slight boost by ruling Manchester United out.

“Dec has been flattered by interest in him but he doesn’t see himself moving to Manchester,” a source is quoted as saying. “It’s obvious where he’d like his next move to be.”

THE ONLY WAY IS UP
Whether Chelsea will push to sign Rice this month or in the summer is unknown. But the Mail on Sunday throw another name into the Stamford Bridge ring: Dayot Upamecano.

It is made clear that any move would be made at the end of the season, when the 22-year-old’s Leipzig release clause is lowered to £40m. The Bundesliga club will entertain no offers right now in any case.

As for Chelsea, they ‘remain on the lookout for long-term options’ amid doubts over Antonio Rudiger, Andreas Christensen and Fikayo Tomori’s first-team pedigree, with Thiago Silva continuing to be 36 until September.