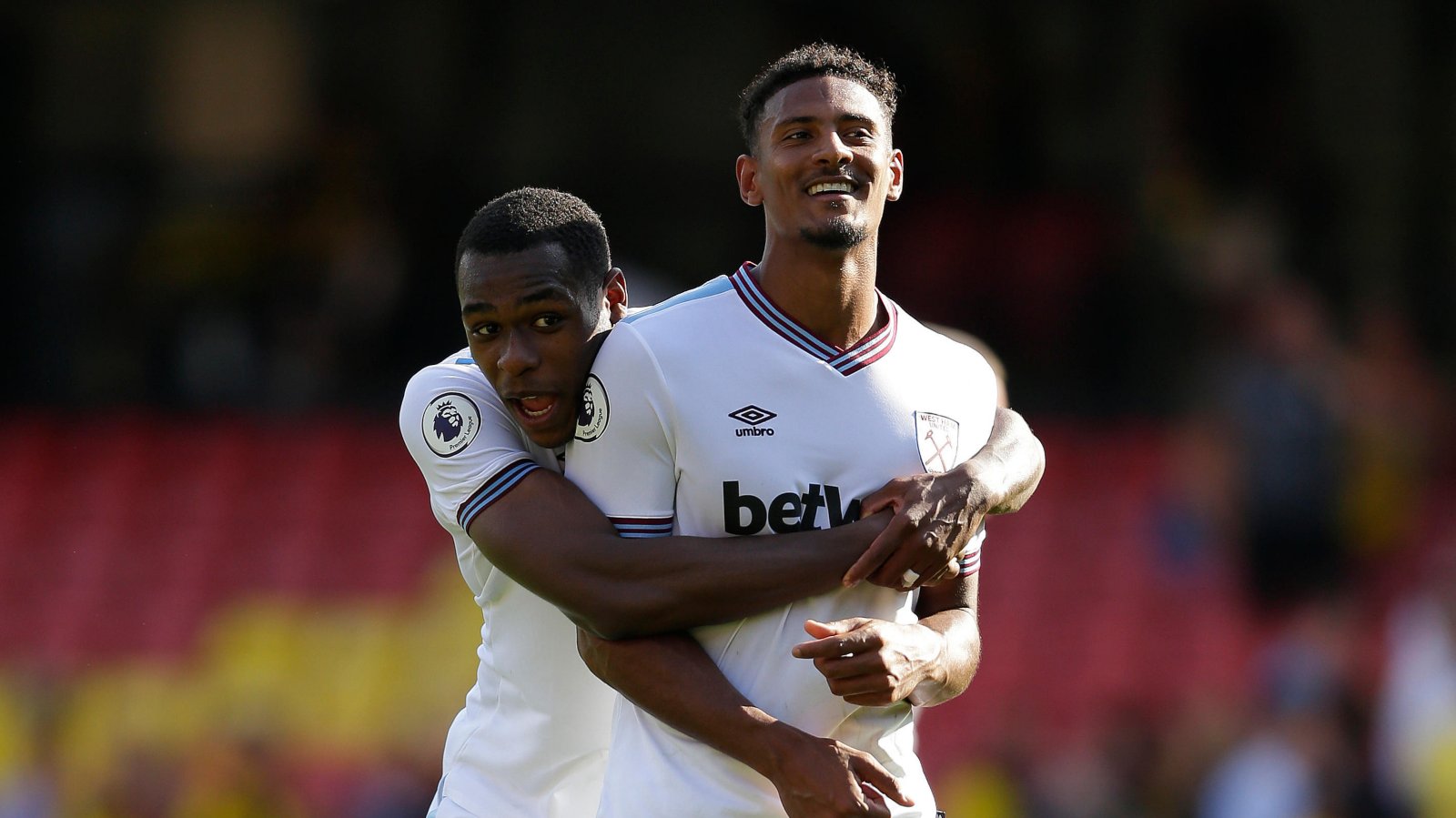 Manchester United have found a couple of budget options for their summer rebuild, with current and former West Ham players set to be targeted.

SEBASTIEN GO
There has been a notable increase in entry-level arithmetic when it comes to the reporting of Manchester United’s transfer plans. Those in the know have finally scrolled far enough down the Ajax squad to realise Erik ten Hag might like to bring Sebastien Haller back to the Premier League with him.

Jurrien Timber, Noussair Mazraoui and Antony have all already been linked with moves to Old Trafford, and not for the first time this season Haller has made it four. The Sun say ‘it looks as though’ the 27-year-old forward ‘could be following in the same direction’ as his current manager.

He is framed as an affordable alternative to nine-figure targets such as Harry Kane and Darwin Nunez. The two years remaining on his Ajax contract give Haller a supposed valuation of £35m, which would be phenomenal for a forward with 33 goals and nine assists in 39 games this season, albeit with the sizeable caveat of that West Ham stuff.

Not sure why Ajax would sell him back to a Premier League side for less than the Hammers originally paid, mind.

ISSA TRAP
Not content with signing a player who struggled at the London Stadium, Manchester United will also keep an eye on one who has proved useful for David Moyes this season. Issa Diop is no Craig Dawson but has been important for a club that appears to have some sort of centre-half curse currently.

Diop has been linked with a move to Old Trafford before – he was once thrust into the middle of a feud between Paul Scholes and Jose Mourinho – and it seems that interest never really faded. But there could be a fight for the Frenchman.

It is claimed by Foot Mercato that Monaco took advantage of West Ham’s arrival into the country for their Europa League game against Lyon, arranging a meeting with Diop’s representatives. But Manchester United have ‘already approached’ the player and Ralf Rangnick ‘followed him closely’ while at Leipzig.

The 25-year-old has just over a year remaining on his West Ham contract and a £12.7m fee is deemed fair. Shame about the whole season-ending injury thing, though.

Huge credit to Issa Diop. Came into the side at a crucial moment in the season and had a very good game tonight. Hopefully this gives him the platform to kick on now. Delighted for him.

PIERRE PRESSURE
Newcastle might have all the money but, the excellent Bruno Guimaraes aside, their scouts are hardly branching out into those exotic corners of the world that such a budget naturally unlocks. Kieran, Chris, Dan and Matt are the first names of a forgettable Irish boyband that hopes to crack America but soon fades into obscurity, rather than the first signings of a football revolution.

Without looking beyond the Premier League, the Magpies have landed upon another shiny trinket that Tottenham could deem worth offloading if the reported figures involved are accurate. The Daily Express suggest Pierre-Emile Hojbjerg has attracted the attention of Eddie Howe and a £30m move could be pursued.

Only Kane and Ben Davies have made more appearances for Tottenham under Antonio Conte but any squad reinforcement in north London will require sacrifices to be made first. Doubling their money on the Danish midfielder must be tempting.