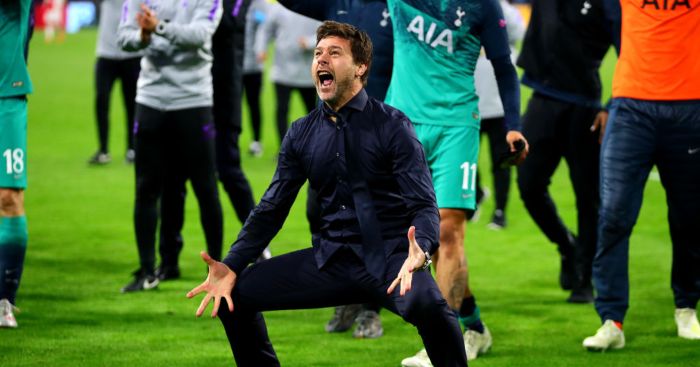 Mauricio Pochettino has snubbed Barcelona in the belief he will get the Man Utd job, while the Red Devils and Spurs chase a defender…

Mauricio Pochettino has twice rejected the Barcelona job to give himself a chance of managing Man Utd, according to a report.

Ole Gunnar Solskjaer has come under increasing pressure over the past couple of weeks following back-to-back losses to Arsenal in the Premier League and Istanbul Basaksehir in the Champions League. Man Utd currently sit 15th in the Premier League ahead of today’s early kick-off against high-flying Everton, with any defeat likely to see the criticism ramp up further.

And following their loss in Istanbul, there were rumours that former Spurs boss Pochettino had been contacted by the Red Devils in case they decided to make a change, with Julian Nagelsmann also linked. And now the Daily Star claims that the Argentine ‘rejected Barcelona twice so that he can take the job at Manchester United’ and is ‘seen as the front-runner’ if the Red Devils replace Solskjaer.

The Daily Star adds that ‘the prospective boss is letting nothing stop him from getting to Old Trafford’ but ‘has sent a warning to United that they need to act quickly to secure his services’.

Man Utd and Tottenham are interested in signing Fiorentina defender Nikola Milenkovic, according to reports in Italy.

The Red Devils were heavily linked with the Serbian defender this time last year with their interest reportedly dating back to Jose Mourinho’s time in charge at Old Trafford. And now local newspaper La Nazione (via Sport Witness) claims that Milenkovic’s agent ‘continues to receive signals primarily from two English clubs’. Those clubs are Spurs and United with the newspaper adding that Fiorentina’s demands ‘would not have dropped from €25m’.

Apparently Mourinho has ‘returned to ask Spurs with insistence to make an effort’ with Milenkovic into the last two years of his contract. Fiorentina expect ‘important offers’ for the 23-year-old in January with ‘nothing closed to the possibility of a renewal’.

LIVERPOOL IN FOR TOTTENHAM TARGET

Liverpool are keen on bringing Inter Milan Milan Skriniar to Anfield in January, according to a report.

Skriniar made the move to Milan in July 2017 from Serie A rivals Sampdoria. He immediately slotted into their back four and he has been a constant starter for them in his three years at the club. Tottenham showed interest in him during September and October with Spurs reportedly bidding £32m plus add-ons for the centre back.

In the end, Inter Milan refused to budge from their €60m asking price and Spurs eventually brought in Sam Rodon from Swansea. And now ESPN claims that Skriniar features on Liverpool’s ‘list of centre-back targets’ to strengthen in January. The report adds that Spurs boss Mourinho ‘retains an interest in Skriniar’ but that ‘Liverpool’s presence in the market could complicate the picture given the urgency with which they need to find reinforcements’.

Erling Haaland has a verbal agreement to leave Borussia Dortmund according to reports in Spain…New Man United signing Charlie McNeill is reportedly impressing the club’s coaches with his performances in training…Tottenham are nudging closer to agreeing a new deal with Heung-Min Son, with the player’s change of agent behind the delay…Everton’s attempts to sign Sergio Romero and Marcos Rojo in the past 15 months have been blamed on disagreements at Man Utd, and the Betway blog agrees.