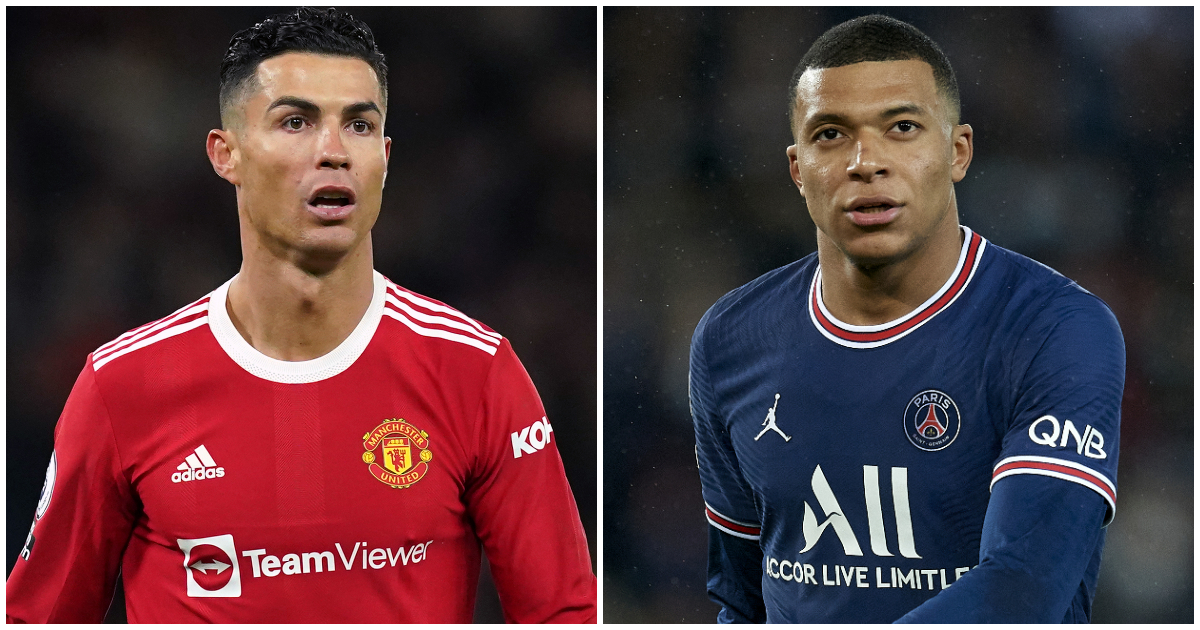 PSG could blow Liverpool out of the water with their final renewal offer to Kylian Mbappe, while the Parisians do want Cristiano Ronaldo after all…

PSG PREPARE MEGA-OFFER FOR MBAPPE
Yesterday it was claimed that hope remained of Kylian Mbappe signing for Liverpool rather than Real Madrid. That being true, it’s going to cost the Reds…

It’s long been thought that Mbappe had a hugely-lucrative deal arranged with Real to begin in the summer when his contract at PSG expires. But it seems the Parisians are readying a massive counter-offer in a final attempt to convince the France star to stay.

The Independent says PSG are prepared to make Mbappe the highest-paid player in the world with a basic wage of close to £1million a week. Real would struggle to match those terms and Liverpool wouldn’t try.

Mbappe sits serene at the centre of PSG’s cross-purposes

RONALDO OFFERED A YEAR IN PARIS
PSG must be feeling flush – probably because they are – what with planning to keep Mbappe on silly money, it seems they are interested in signing Cristiano Ronaldo after all.

It was claimed earlier this week that the Parisians had no interest in signing the 37-year-old who, like everyone else, is pretty miffed with the situation at Manchester United.

But The Mirror contradicts those claims, reporting that PSG are willing to slap a 12-month deal on the table if Ronaldo fancies a year in Paris.

MAN UTD TO PROFIT FROM CHELSEA PLAN?
Manchester United could receive a boost in their pursuit of Declan Rice with the news that Chelsea have cooled their interest…

The West Ham midfielder is said to be United’s priority in the summer, though Chelsea were also keen on the idea of signing a player they released as a schoolboy.

But the Evening Standard reckons Chelsea are planning to integrate a youngster who made it through their academy into Thomas Tuchel’s senior squad. Conor Gallagher will return to Stamford Bridge at the end of the season after a positive stint on loan at Crystal Palace, and Chelsea will reportedly give the 22-year-old the chance to shine, rather than move for Rice, clearing the path somewhat for United.

REAL EYE ARSENAL DEFENDER
Arsenal could face a battle this summer to keep hold of Kieran Tierney, with Real Madrid eyeing up the defender.

Real are set to be on the hunt for a left-back when Marcelo leaves the Bernabeu and Calciomercato claims Tierney has been bumped up their wishlist.

Carlo Ancelotti is said to be a huge fan of the Scotland international having tried and failed to lure him from Celtic to Napoli before Arsenal made their move.