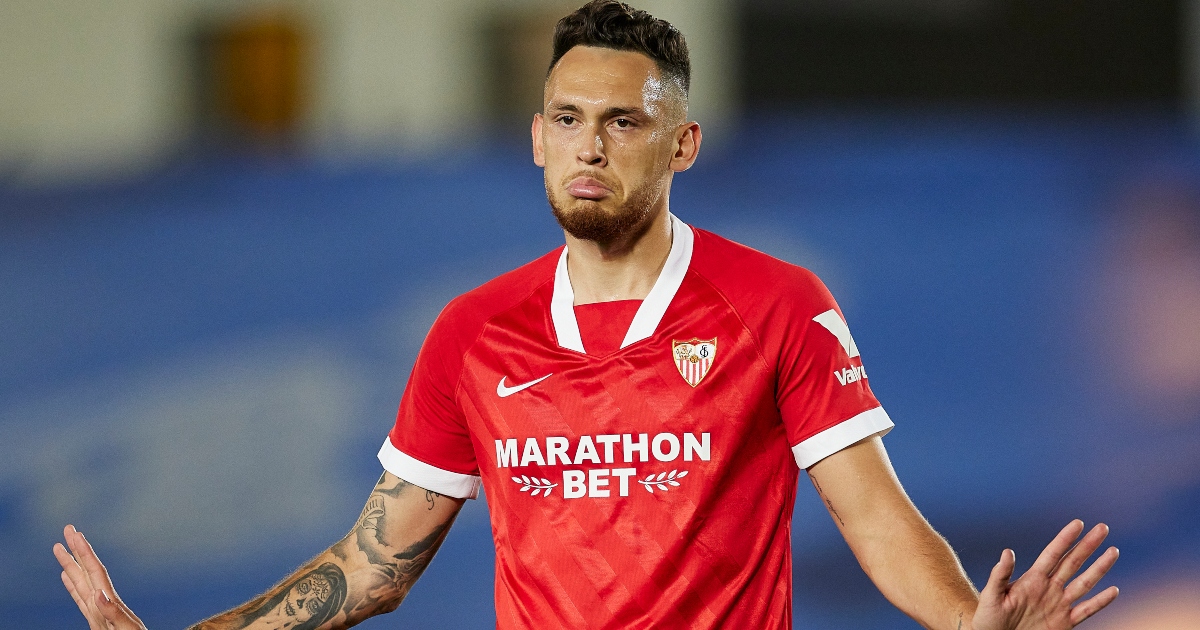 PSG expect Real to put another £50m on the table for Mbappe, while Liverpool could move for a Sevilla star…

By now you’ll know that Real Madrid submitted an offer at the weekend worth around £137million for the France star. Which is ludicrous for a player only a year from free agency.

Not ludicrous enough for Paris Saint-Germain, mind. Le Parisien claims PSG want around another £50million, with a £188million bid necessary before they consider allowing Mbappe to join Real.

Prepare for plenty of d*ck swinging before the deadline.

F365 Says: Kane and his failed Spurs exit is a modern football fable

CITY OPEN TO RONALDO DEAL
The whisper yesterday was that Mbappe’s replacement at PSG could be Cristiano Ronaldo. But there is more talk today of the Juventus superstar returning to Manchester with City.

Juve are open to selling Ronaldo if they can find a club willing to cough up a £21.4million fee while taking on the huge burden of the 36-year-old’s wages. Ronaldo is currently on around £500,000 a week.

ESPN reckons City have not ruled out a move for Ronaldo after Harry Kane failed to wriggle his way out of Tottenham. Only two obstacles stand in their way…

City don’t want to pay a transfer fee and they won’t match his current wages. In fact, Sky Italia says City would be willing to pay Ronaldo around £12.8million a season for two years – he could earn the same by seeing out the final year of his contract in Turin.

LIVERPOOL LINKED WITH ARGENTINA STAR
It is expected to be a quiet final few days of the window at Liverpool, who are more focused on shifting some of their fringe players rather than adding to Jurgen Klopp’s squad.

But the Reds are being linked once again with Sevilla winger Lucas Ocampos.

That’s the word according to Fichajes, which offers little in the way of detail. Ocampos has three years remaining on his contract so Sevilla are under little pressure to sell the 27-year-old.

PSG COULD YET MOVE FOR POGBA
‘What’s going on at Manchester United?’ you ask…

Nothing. Despite the obvious need for a midfielder, ESPN has reiterated that United will not make any offer for either Eduardo Camavinga or Saul unless they raise funds by selling some fringe players.

Since selling Romelu Lukaku to Inter Milan in 2019, United have only managed to sell one player – Chris Smalling – for a fee.

The same report claims United could yet receive an offer for Paul Pogba in the event PSG need a distraction from having sold Mbappe to Real.