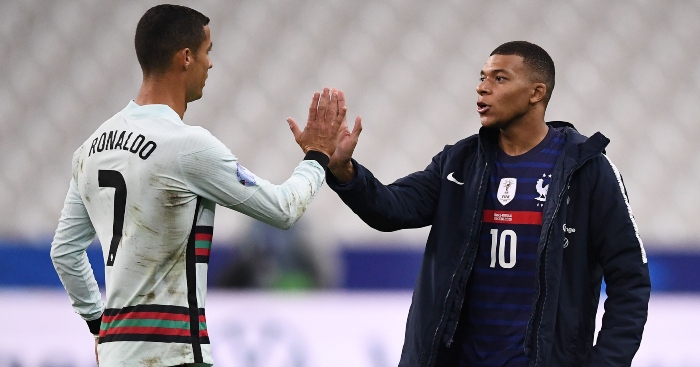 Apparently, Juventus want to sign Kylian Mbappe, and they aren’t f*cking about. Tuttosport says the Old Lady is prepared to offer a £360million package to land the PSG attacker. With a hefty sweetener as part of the deal.

Juve have no room on their wage bill as it stands to accommodate whatever salary Mbappe may demand, so PSG will be offered Cristiano Ronaldo in part-exchange.

Juve are still said to be interested in Ousmane Dembele too, which seems a far more likely move. Calciomercato reckons Barcelona have dropped their asking price for the Frenchman to £45million, which is less than half the price they paid Borussia Dortmund in 2017.

Another winger catching the eye is Adama Traore. And Liverpool are still said to be interested in the Wolves star.

That’s the claim of Mundo Deportivo, which suggests ‘it is logical’ that Jurgen Klopp wants him at Anfield.

It seems to be something of a punt on the part of the Spanish publication, as does the suggestion that Wolves want around £53.6million, which seems a little on the cheap side.

The EFL window closes today and Josh King is gearing up for another daft deadline day.

In January it seemed like the Norway star could be heading back to Manchester United but they signed Odion Ighalo on loan instead. This time around, West Ham have been interested but the Hammers have moved for Said Benrahma.

King hasn’t enjoyed this window – at all: “To be honest, it’s been the worst two months of my life,” he told TV2. “But I cannot come up with a reason.”

But Everton could give him a happy ending. Football Insider reckons the Toffees have rekindled their interest in the Bournemouth forward, with the Cherries open to offers of £15million to get the deal done today.