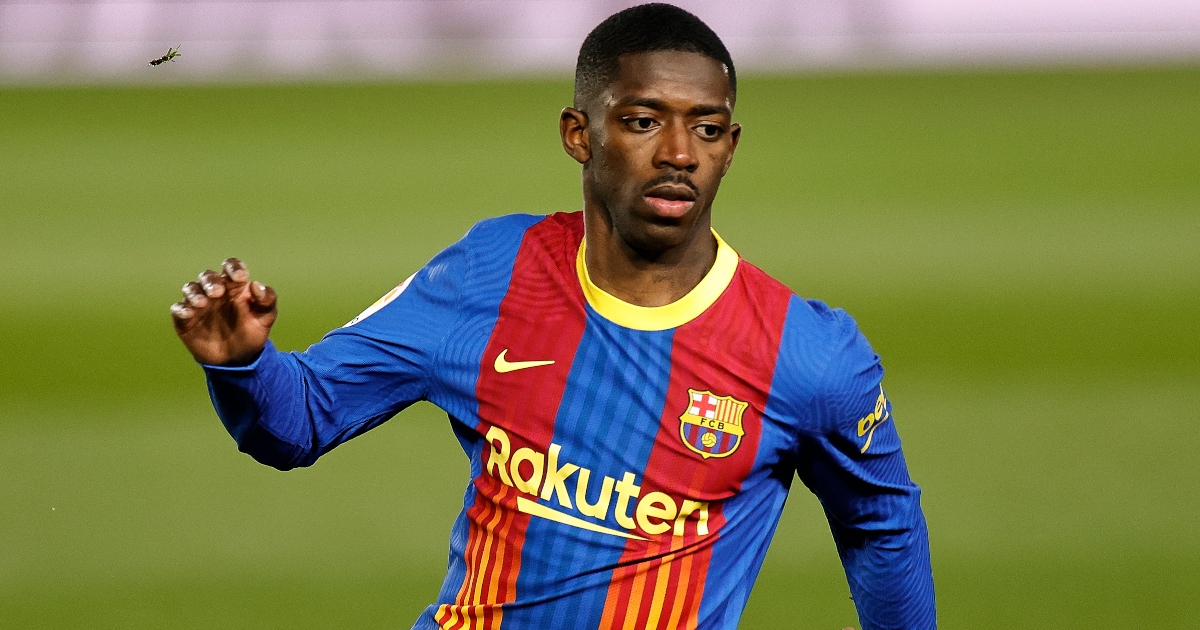 Ousmane Dembele has heard Newcastle are willing to pay him £63million over the next five years and, unsurprisingly, he’s interested. The Magpies also want an England striker…

DEMBELE KEEN ON NEWCASTLE MOVE
Some names attract more attention than their achievements and performances deserve. Ousmane Dembele certainly seems to have been one of those players in recent years…

The Barcelona winger has flopped since moving to the Nou Camp from Borussia Dortmund in a deal which so far has cost the financially-crippled Catalans around £110million. Dembele has yet to play this season due to injury, yet clubs seem to be lining up to take the 24-year-old.

Manchester United, Liverpool, Bayern Munich and Juventus have been linked with Dembele, all assuming he might regain the form that made Barca throw most of their Neymar windfall in Dortmund’s direction. The fact he will be a free agent next summer also adds to the winger’s allure.

But here come Newcastle. According to Goal, Dembele has suddenly become interested in a move to St James’ Park, with reports in Spain suggesting the Magpies are ready to pay the Frenchman almost £250,000 a week for five years.

Ian King: No moral high ground between Newcastle and the Premier League

TOON JOIN CALVERT-LEWIN RACE
Newcastle are also reported to be pushing in the queue for Dominic Calvert-Lewin.

The Everton striker is said to be a target for both Manchester United and Arsenal, but The Telegraph says the Magpies are now jostling for position.

Calvert-Lewin would likely cost in the region of £50million with the England centre-forward under contract at Goodison until 2025.

FONSECA INTERVIEWED FOR MAGPIES MANAGER VACANCY
Before any of that nonsense, Newcastle must find a manager…

They finally relieved Steve Bruce of his duties on Wednesday, reportedly sending him on his way with around £8million in compensation.

The Daily Mail reports that the Newcastle hierarchy yesterday interviewed Paulo Fonseca via Zoom, with the former Roma manager reportedly having been first approached back in the summer. But The Guardian reckons a final decision is yet to be made, with Roberto Martinez, Frank Lampard, Lucien Favre, Steven Gerrard and Eddie Howe all being considered.

REAL FEAR HAALAND SNUB
Perhaps the only player yet to be linked with Newcastle is Erling Haaland.

The Borussia Dortmund goalmachine is set to spark a scramble for his services next summer when he is available for around £67million.

Thomas Tuchel admitted Chelsea’s interest this week, but Real Madrid are said to be feeling rather more downbeat over the prospect of landing the Norwegian.

AS reckons Real expect to be squeezed out of the running by the financial might of Chelsea, Manchester City and PSG.

CITY IN RUNNING FOR FIORENTINA STAR
City are also exploring alternatives in case Haaland goes elsewhere, with their main focus on Fiorentina…

Tuttosport says the Premier League champions are ‘active’ in the race for Dusan Vlahovic, who has scored four goals in eight Serie A appearances this season.

City are not alone in tracking Vlahovic, who is out of contract in 2023. Tottenham, Liverpool, Newcastle (obvs), Juve and PSG have also been linked with the 21-year-old.