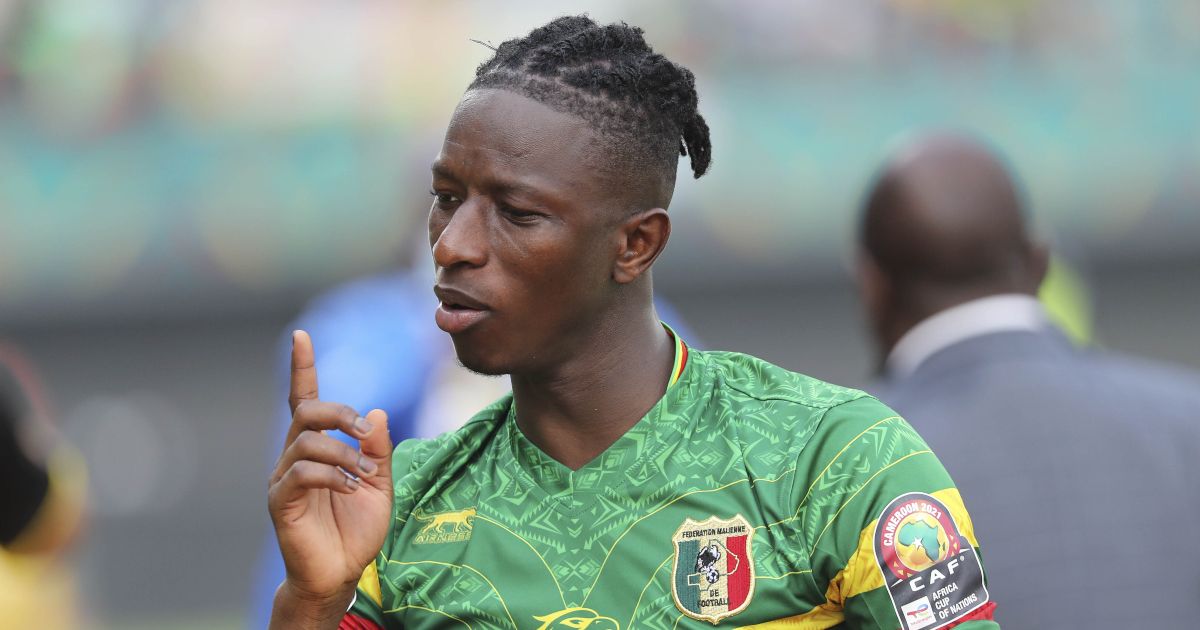 Newcastle could be about to beat Man Utd to a midfield signing, while there’s an update on Mo Salah’s contract situation at Liverpool…

MAGPIES FLEXING THEIR MUSCLES
Newcastle United want to beat Man Utd to the signing of RB Leipzig midfielder Amadou Haidara this month, according to reports.

The Mali international moved to RB Leipzig in 2019 from sister club RB Salzburg and has now made 95 appearances in all competitions for the Bundesliga outfit. With Paul Pogba likely to leave on a free transfer in the summer window, the Red Devils are on the lookout for new midfielders with a number linked.

The Daily Mail reported in late November that Ralf Rangnick wanted to sign Haidara as he knows the player well from his time at Leipzig. The fact Haidara ‘is well versed in Rangnick’s methods’ could mean that he jumps to the front of the queue if Man Utd look to sign a midfielder in the January transfer window.

And now the Daily Mirror claim that United’s ‘lack of urgency could see them lose out on signing’ Haidara, who is Rangnick’s ‘prime target’. It is understood that the Man Utd interim boss had ‘already put in calls to his old club to negotiate a deal’ and that a £33m deal had been ‘verbally agreed’.

But the report warns that Man Utd ‘are yet to make a formal bid to the German club and could risk losing out on Haidara altogether’ with Newcastle now in the frame. The Daily Mirror adds that the Magpies ‘are eager to muscle in on a deal this month before the January transfer window closes’.

SALAH STICKING TO HIS GUNS
Mo Salah is standing firm over his huge contract demands as Liverpool continue to try and agree a new deal with the forward, according to reports.

The Egypt international has entered the final 18 months of his deal at Anfield with there yet to be a resolution to his contract situation. Salah has previously urged Liverpool to “solve” his contract “issue” and show him how much they appreciate his ability.

After contributing 23 goals and nine assists in 26 matches in all competitions this season, Salah also revealed in GQ earlier this week that he is “not asking for crazy stuff”. And now the Daily Mirror claims that the former Chelsea man is ‘refusing to budge on his belief that he is worth £400,000-a-week to Liverpool’.

Offering Salah the deal he wants, in excess of £80m over four years, ‘would shatter the club’s strict wage structure’ but the Egyptian knows he could get more if he moved on. The Liverpool forward ‘has made it clear through his adviser during negotiations that he does not believe his demands to be excessive’.

AND THE REST…
Real Madrid or Barcelona must spend 350 million euros (£292m) in total to sign Erling Haaland from Borussia Dortmund…Leeds United midfielder Kalvin Phillips is wanted by Liverpool…Chelsea must increase their £33m offer if they want to sign Barcelona’s Frenkie de Jong…Arsenal have held informal talks with former Chelsea striker Diego Costa with the Spaniard expected to leave Atletico Mineiro this month…Newcastle United are expected to resume talks with Sevilla next week over the signing of centre-back Diego Carlos.