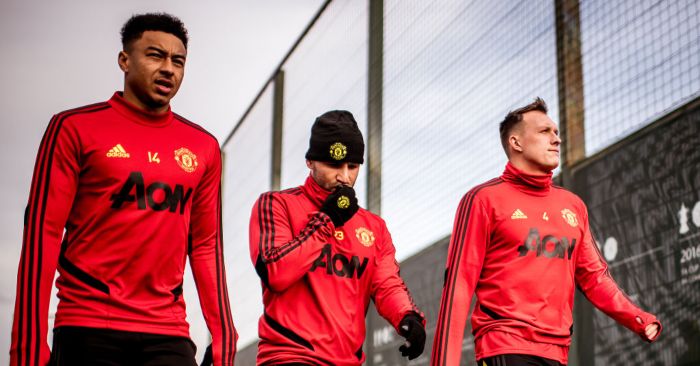 MAGPIES MULL OVER MAN UTD TRIO
Whispers earlier this week suggested that Manchester United are keen to shift half a dozen players off their books this month. If he could, Steve Bruce would take half of them.

According to 90min, the Newcastle manager is mulling over loan moves for three United players. Brandon Williams is one – the full-back has been heavily linked with Southampton and Bayer Leverkusen but reports suggest Newcastle are in pole position for the full-back. Jesse Lingard is another, while the Red Devils are trying to push Phil Jones towards to St James’ Park.

Premier League rules mean that Bruce has to choose one of the three and the Toon boss is said to have spoken at length to officials at his former club while he mulls it over.

Five clubs who should take the FA Cup seriously

TOON LINKED WITH EX-EVERTON LOANEE
Newcastle’s financial predicament means Bruce is having to borrow players this month, but that hasn’t stopped the Magpies from being linked with a World Cup winner.

Djibril Sidibe could be on the move from Monaco again having spent last season on loan at Everton. According to Foot Mercato, Newcastle have made enquires over the former France full-back.

Marseille are also being linked with Sidibe, who could be available for between £4million and £6million.

HAMMERS WANT CHELSEA STAR
Sebastien Haller was in Amsterdam yesterday to put the finishing touches on a £22million move to Ajax. Now the focus switches to how West Ham replace the centre-forward.

Eurosport says Olivier Giroud is their preferred target. The Chelsea striker remains on the periphery of Frank Lampard’s XI and though he has netted three in his last four appearances, he could still leave Stamford Bridge this month, which would make Didier Deschamps a happy man.

There are other names in the frame. Boulaye Dia, who has netted 10 in 16 games for Reims this term, is said to be towards the top of the Hammers’ list, while Bournemouth’s Josh King remains under consideration.

LEEDS EYE JANUARY TRIO
Leeds have money to spend this month. Lucky them.

The Daily Express says Victor Orta is working to furnish Marcelo Bielsa with three players. But the report doesn’t go as far as to mention any names. So maybe you can just make some up.

The only details on offer are that the trio could feature a central midfielder and a striker. But the volatility of the January market means none of the deals are certain. So do with that what you will.