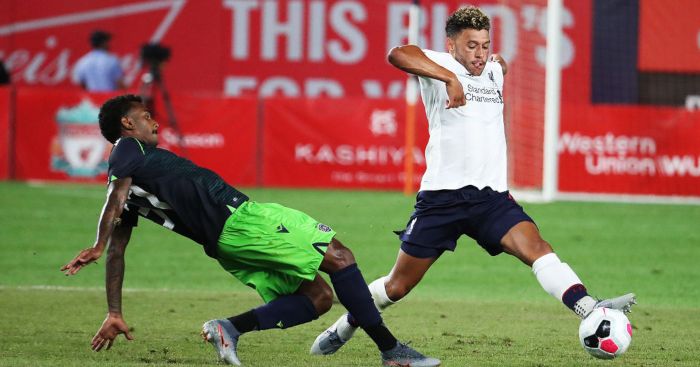 NUNO CHANCE
It clearly went so well when Jose Mourinho declared new Man Utd signing Diogo Dalot as “the best full-back in Europe in his age group” – they might not sell him for £35m now – that they will return to a similar well this summer.

In the same week that Sporting Lisbon president Frederico Varandas described him as “the best Under 19 left-back in Europe,” revealing “approaches from major European clubs with concrete proposals,” it has emerged that Nuno Mendes is wanted by Man Utd.

The Daily Star believe ‘one of the pearls of Portugal’ was, at one stage, tentatively included in negotiations between Man Utd and Sporting over the Bruno Fernandes deal in January. They share the same agent, after all. Man Utd will revisit that interest in a defender whose contract expires in 2021, with a two-year extension already rejected.

Man Utd are willing to offer ‘a package worth over £10m’, and while it is unclear whether that involves wages or is just the fee itself, ‘a glowing reference’ from former player Nani has made the club ‘favourites’ to sign a player yet to make his senior debut.

LOOK OF SAMUEL
Man Utd could also be interested to hear that Samuel Umtiti is available for about £26.8m now. Barcelona are considering ‘killing three birds with one stone’ by offering him to Inter Milan, who need a defender, to raise money to sign Lautaro Martinez. But Umtiti ‘prefers’ the Premier League.

While Inter like the centre-half, Sport say ‘the player has not yet received a call from Milan’. There is no ‘pressure’ to move just yet, the Frenchman having broken back into the Barca side under Quique Setien. But the situation will be revisited in the summer.

Arsenal and Man Utd have both wanted Umtiti previously and it is even said that the core of French players in either team is ‘a factor to be taken into account’. Agent Pogba is back again.

UNITED IN PRAYER
All this, of course, is in light of United’s quite stark financial revelations on Thursday afternoon. Can a club whose net debt has risen by more than £127m, and who have incurred obvious falls in broadcasting, retail and matchday revenues, really still throw their weight around in the transfer market?

Yes and no. Laurie Whitwell kindly offered some insight during a Q&A session for The Athletic and suggested that “I do not believe they need to sell to buy” as “there is scope for a significant signing regardless”.

Also: Jadon Sancho ‘is the priority’, a Jack Grealish deal ‘could now depend’ on whether Paul Pogba is sold, ‘there is certainly the suspicion that no club will be able to afford’ the Frenchman and neither Saul Niguez nor Ousmane Dembele will be joining.

AND THE REST
Juventus and Bosnia-Herzegovina midfielder Miralem Pjanic, 30, will turn down a move to the Premier League this summer, with Chelsea among the clubs interested… Arsenal are planning a £25m transfer move for Dortmund’s 24-year-old Switzerland defender Manuel Akanji, after talks began in January… Arsenal have joined Everton in targeting Juventus’ French midfielder Adrien Rabiot, 25, and hope he can form a partnership with compatriot Matteo Guendouzi… Paris St-Germain remain open to signing Arsenal’s 30-year-old Gabon forward Pierre-Emerick Aubameyang, who has one year left on his contract at Emirates Stadium… Leicester lead Manchester City, Wolverhampton Wanderers and Everton in the pursuit of Celtic and Norway defender Kristoffer Ajer… Crystal Palace are ready to make a move for Bournemouth winger Ryan Fraser.