Home Arsenal Gossip: Odegaard to have Liverpool back-up to Arsenal? 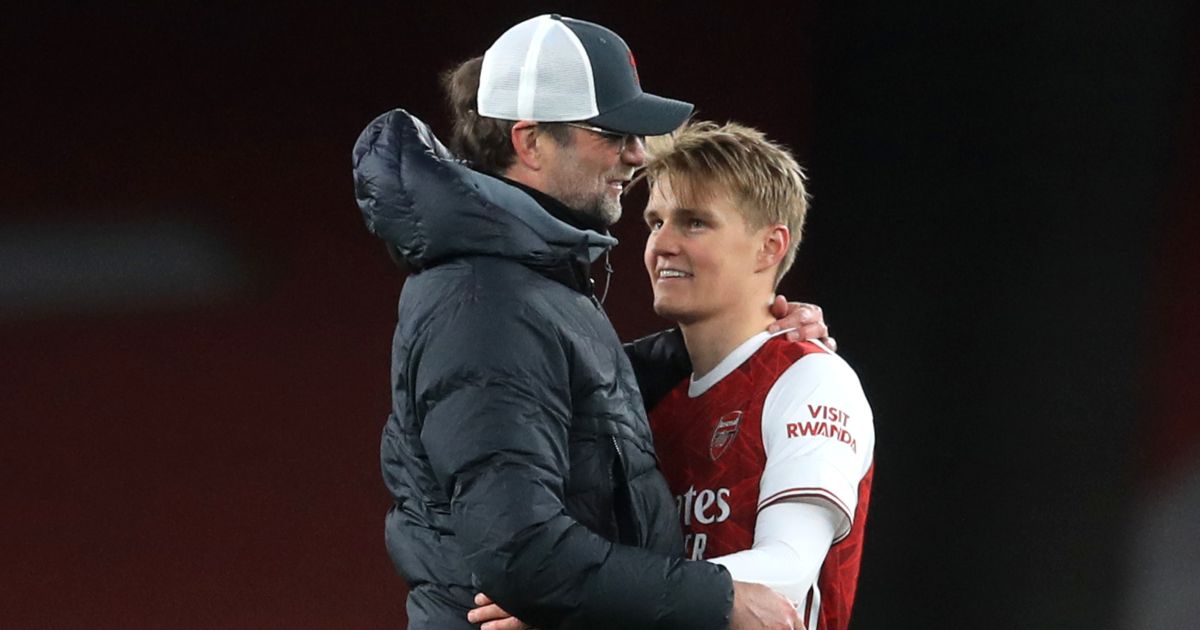 Martin Odegaard to Liverpool? Sander Berge to Manchester City? The gossip is great…

ODEGAARD TO LIVERPOOL?
Forgive the Google translation but this is AS on the Martin Odegaard situation: ‘The Norwegian is comfortable in England as he himself has said on occasion and if he cannot continue in the ranks of Arsenal, which has difficulty paying for a transfer, then he would not look down on Liverpool’. He would ‘not look down on’ the Premier League champions? Well that’s good of him. Not a bad back-up plan.

Much has been made of an embrace Odegaard and Jurgen Klopp shared at the final whistle on Sunday after Liverpool shellacked Arsenal and AS claim that the Norwegian even smiled. It is known that Klopp wanted Odegaard when he first came to Anfield, but it is only now that he becomes truly available.

ON THE BERGE OF GREATNESS
The news comes via Belgium (from voetbal24, specifically) because Sander Berge came to England from Belgium and it’s Belgian club Genk that stands to benefit from a sell-on clause if the Norwegian does leave Sheffield United this summer for Manchester City, as suggested.

We did say only last month that Berge is one player who should spark a bidding war, At that juncture, Arsenal, Aston Villa and Liverpool had all been linked with the lanky midfielder. Now we can add City to the possible suitors.

WIJNALDUM TO ITALY?
Neatly, Sander Berge was suggested as a replacement for Georginio Wijnaldum at Liverpool and it’s Wijnaldum who is mentioned in Calcio Mercato as ‘the greatest desire’ of Inter Milan among free agents. This comes on the back of reports that Barcelona are no longer interested in the Dutchman.

Now Inter Milan are being linked with a free transfer move for Wijnaldum, who could still choose to stay at Liverpool.

But if he leaves, Calcio Mercato themselves have come up with a new alternative: Teun Koopmeiners, a 23-year-old Dutchman who has scored 15 Eredivisie goals for AZ Alkmaar this season from central midfield.

AND THE REST
David Luiz will have to take a pay-cut to stay at Arsenal…Chelsea are said to be monitoring Palmeiras’ 20-year-old midfielder Gabriel Menino…Bayern Munich will let Jerome Boateng leave this summer.