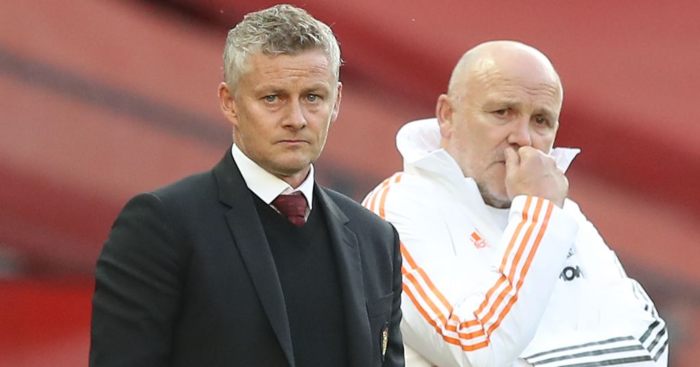 Ole Gunnar Solskjaer wants to sell one Man Utd player to fund a move for Jadon Sancho, while Chelsea are allowing a winger to leave…

Man Utd boss Ole Gunnar Solskjaer is willing to sell winger Daniel James in an effort to fund a deal for Jadon Sancho before the transfer deadline, according to reports.

The Red Devils brought James to Old Trafford last summer for £15m, with the former Swansea man signing a five-year-deal at Man Utd. The 22-year-old started the season strongly, but he soon fell down the pecking order. He finished the season with three goals and six assists in the Premier League from 33 outings.

With James looking out of favour, this has sparked talk again of a potential move away from the club with ESPN claiming that Solskjaer is ‘prepared to sell’ James ‘to fund a late move’ for Sancho. However, Solskjaer ‘is yet to convince the club’s hierarchy to sanction a potential £25 million sale’.

Man Utd have struggled to make Borussia Dortmund an acceptable offer for Sancho with the Bundesliga side insisting that the Premier League club must meet their £108m valuation of the winger. Solskjaer, though, ‘remains determined’ to get his man and ‘continues to hope that United will make a breakthrough before Monday’s transfer deadline’.

Solskjaer is hoping player sales can be used to get Sancho over the line with James attracting interest. The Welshman did start United’s opening fixture against Crystal Palace but ESPN claims that ‘Solskjaer and his backroom staff do not believe that James can become an established first-team player at Old Trafford’.

Leeds United are understood to be the main interested party after the Red Devils already rejected a loan deal with Marcelo Bielsa’s men ready to return with a permanent offer. However, Solskjaer remains at odds with Man Utd chiefs over James’ potential departure as the ‘United hierarchy believe it would send a negative message of the club’s ability to develop players if they allow a young signing to leave the club so quickly’.

BAYERN BACK FOR HUDSON-ODOI

Bundesliga side Bayern Munich are back in for Chelsea winger Callum Hudson-Odoi with a deal agreed, according to reports.

The Blues have spent big this summer, mainly to bolster their attacking options. They have spent over £200m to bring in the likes of Hakim Ziyech, Timo Werner and Kai Havertz. That could mean that Hudson-Odoi is surplus to requirements this summer.

The England international enjoyed an impressive season for Chelsea during the 2019/20 campaign. He made 33 appearances in all competitions, helping Chelsea to a fourth-placed finish in the Premier League. The winger was subject to heavy interest from Bayern Munich in January 2020. But he eventually decided to remain at Chelsea, signing a new bumper five-year deal in the process.

However, Sky Germany (via Sport Witness) claims that Bayern have now reached a ‘fundamental agreement’ with Chelsea to bring Hudson-Odoi to the Allianz Arena on loan. The temporary deal includes a ‘purchase commitment’ for next summer with Hudson-Odoi ‘planning his departure’ due to the potential lack of opportunities this season.

On Monday, Frank Lampard had said: “I certainly hope Callum has a big part to play this season.”

Ousmane Dembele has had a change of heart about joining Manchester United…Chelsea have told Inter Milan they would prefer to see Marcos Alonso leave on a permanent deal and not on loan…Crystal Palace boss Roy Hodgson says he has not had any conversations about Arsenal forward Reiss Nelson…Manchester United defender Diogo Dalot is in talks with AC Milan…Tottenham have asked about the availability of Juventus centre-half Merih Demiral.