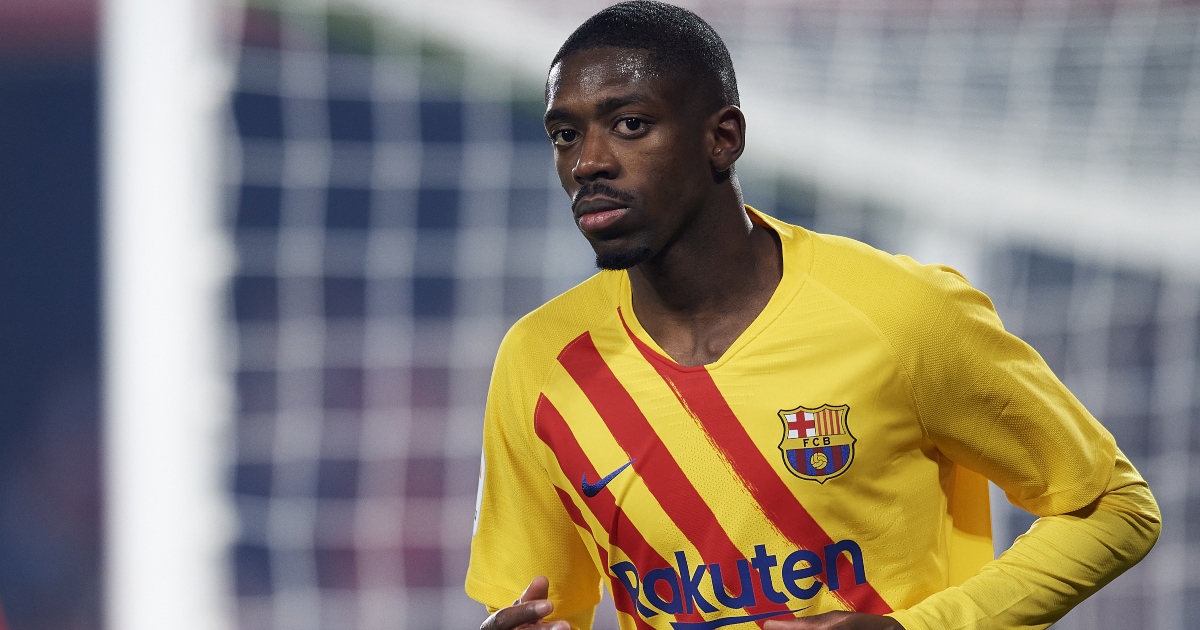 BARCA TO RIP UP DEMBELE DEAL
Ousmane Dembele is one of a few players waking up this morning exactly where he was this time yesterday. Barcelona tried their hardest to shift the France winger, but no one bit.

PSG began deadline day as the favourites to sign Dembele, with Manchester United, Tottenham, Chelsea and Arsenal all dragged into it as the day wore on. But Barca now have to consider what to do with the 24-year-old now they can no longer rake in a fee.

One move they are considering is to terminate his contract. That’s the plan according to Sport journo Albert Roge.

Presumably Dembele would have to agree to tearing up the final six months of his deal, but it would allow him to become a free agent immediately, rather than kick his heels until the summer. It would also allow PSG, United and Chelsea the opportunity to strengthen their squad for the remainder of the campaign, though Dembele may have to reassess his salary demands.

LIVERPOOL TARGET SERIE A-BASED DUO
With Luis Diaz signed up, Liverpool have already turned their focus to the summer. When they are said to be keen to raid Serie A…

Indeed, Tuttomercatoweb reckons the Reds are planning to send a delegation to Italy this month. Their targets: Paulo Dybala and Milan Skriniar.

Dybala is out of contract at Juventus at the end of the season and free to talk to European clubs about getting fixed up with a deal for next season. Liverpool have been tracking the 28-year-old for months and they are hopeful of tempting the Juve star to the Premier League – something Manchester United and Tottenham have both failed to do in the past.

Skriniar’s situation is a little more complex owing to the fact he has 18 months remaining on his contract at Inter Milan. But Inter’s hand could be forced into a sale this summer to avoid the prospect of losing the centre-back for nothing next year.

MBAPPE SEALS HUGE REAL DEAL
Like Dybala, Kylian Mbappe is set to become a free agent in the summer. But the PSG superstar seems to have got himself sorted with a new club already.

Bild reckons Mbappe has agreed to join Real Madrid from July 1. And when you look at the terms on offer, it’s not hard to see why…