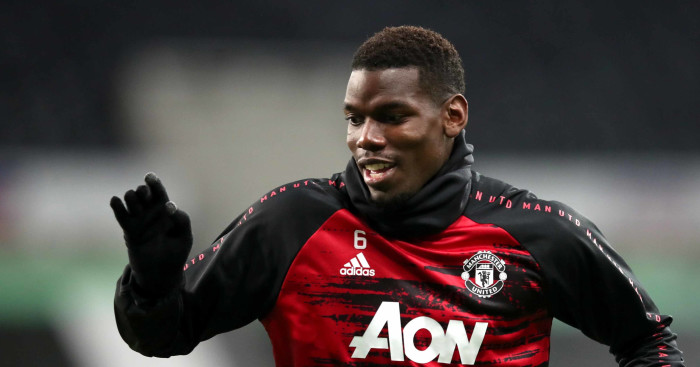 Working on the principle that if you don’t ask you don’t get, Manchester United have decided that they would very much like to sign Federico Valverde from Real Madrid please.

The Uruguay star is starting to live up to the long-standing hype and given that, the fact he’s 22, and a release clause at a mere £640m, all of which appears to make such a transfer a touch unlikely, with The Sun even admitting that their story might be a touch shaky by acknowledging “it would be unusual for United to sign a player from a major European rival at his age”. It sure would.

But wait, because The Sun have an ace up their sleeve. What could make such a vanishingly unlikely deal suddenly very possible? “Paul Pogba likes the idea of a move to Real Madrid in the future.” Yes, readers, this is A Potential Swap Deal. Stranger things have happened, although we are struggling to think of any right now off the top of our heads, but we’re filing this one under ‘optimistic. United did at least remember to trigger the extension to Pogba’s contract, so that’s one hurdle overcome already, to be fair.

A separate story in the same paper suggests Real Madrid are also keen on Bruno Fernandes because who wouldn’t be, so you know, maybe there could be some superclub swapsies after all.

Ronald Koeman wants his Barca paymasters to find the cash for Gini Wijnaldum and Eric Garcia in January. Barcelona’s current status of “cash-strapped” scuppered both deals in the summer, but The Mirror reckon the Catalans will make another move for both in the next window once they’ve had a rummage for loose change down the back of the Camp Nou sofas.

More importantly, all three of those Barca targets are out of contract next year, so the fees might feasibly fall to levels that a pauper like Barca can scrape together.

No great surprise to see Kalvin Phillips linked with the big clubs after establishing himself in the England squad and making a fine start to Premier League life with Leeds.

The Mirror put two and two together and come up with Spurs, Liverpool and £50m, which are all things that make plenty of sense. Phillips is an obvious Wijnaldum replacement at Anfield and Moussa Sissoko upgrade at White Hart Lane 2.0, and £50m would seem like the very least it would take to tempt Leeds to even consider selling such a key player whose contract runs until 2024. That contract reportedly ‘only’ brings him £30,000 a year, though, numbers which Spurs or Liverpool could double or triple in the blink of an eye, so that might be a factor.

But while the interest is no doubt genuine, and held at clubs beyond Spurs and Liverpool, and the rumour inevitable, it all still feels rather a long way off while Phillips is having so much fun as his boyhood club make such a splash on their return to the big time. Next summer feels at least a year too early for this chat, not that it will stop anyone including us.